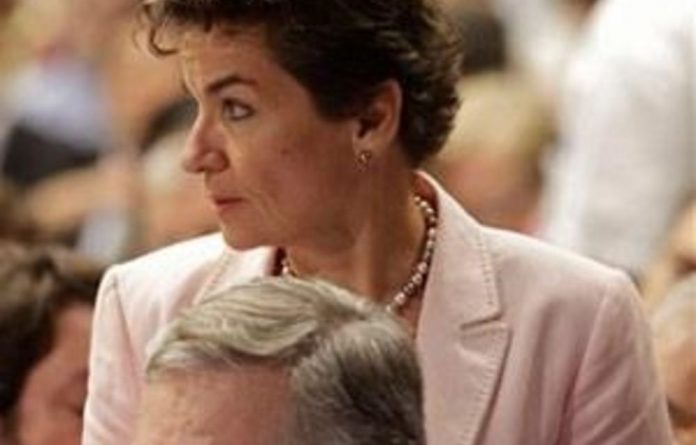 An ad hoc group will work towards charting a new universal legal agreement on climate change, the presidency of the 17th United Nations Conference of Parties (COP17) said on Sunday.

“Governments decided to adopt a universal legal agreement on climate change as soon as possible, but not later than 2015”, COP17 spokesperson Clayson Monyela said in a statement.

Monyela said that the governments attending had also agreed to a second commitment period of the Kyoto Protocol from January 1 2013, although an amendment was made to the protocol.

Monyela said that several measures to help developing countries deal with climate change issues had been agreed upon at the conference.

Registry to match funders with projects
For example, he said some countries at the talks pledged to help with the start-up costs of a green climate fund, which would assist developing countries to adapt to climate change and begin using new forms of clean energy.

A web-based registry would be created to match funders with projects in developing countries designed to mitigate the effects of climate change.

Monyela said a standing committee had also been established to oversee the finances of the parties involved in the United Nations Framework Convention on Climate Change (UNFCCC) and the COP’s work.

In January 2012 the UNFCC secretariat would issue a call for proposal by countries seeking to host a climate technology centre and network.

The talks also resulted in a decision to establish both a forum and a plan of action to deal with unintended consequences of climate change and the policies around it, Monyela said.

Polluters won
Earlier on Sunday morning, Minister of International Relations Maite Nkoana-Mashabane said she was satisfied with the outcome of the climate talks and the “political will” demonstrated by the attendants to move forward on the issue.

The 14-day conference was scheduled to end on Friday, but it only concluded on Sunday morning due to delays in reaching an agreement following the meeting.

The next Conference of Parties (COP18) will be chaired and hosted by Qatar from November 26 to December 8 2012.

Greenpeace slammed the outcome of the conference as ensuring that the interests of polluting corporations were put above concerns over how poorer countries would cope with climate change.

“Our governments [these] past two weeks listened to the carbon-intensive polluting corporations instead of listening to the people who want an end to our dependence on fossil fuels and real and immediate action on climate change”, he said. — Sapa.

An open letter to Ukraine’s ambassador in South Africa