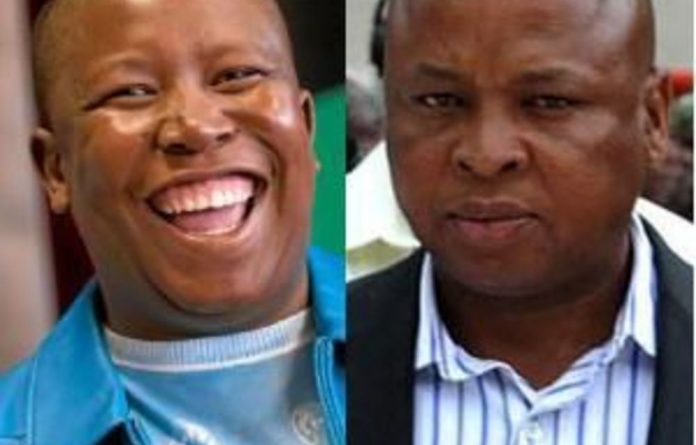 ANC members kept themselves entertained at a lodge in Polokwane on Friday by singing while waiting to be accredited for the party’s Limpopo elective conference.

Songs and slogans in support of the party’s provincial chairperson and provincial premier Cassel Mathale were heard around the Cosmo Leisure Lodge, which some delegates will call home over the next four days.

National treasury’s decision to place  Limpopo under administration is expected to be the political hot potato as the talks settle in.

“Mathale re na le wena [Mathale we are with you],” was one of the tunes that drew a few delegates, who had been sitting down, back on to their feet.

Mathale is said to be linked to a group opposed to President Jacob Zuma’s re-election as head of the ANC next year.

On Friday evening Mathale’s detractors were chanting in support of their preferred candidate — Deputy Arts and Culture Minister Joe Phaahla, said to be one of Zuma’s allies.

Given the run around
Accreditation began slowly on Friday.

On arrival journalists were told to fill out forms, had their photos taken and were instructed to return to the lodge, where they have been since — waiting with some of the delegates.

Earlier in the week, officials said they expected about 1 400 delegates, including guests and ANC alliance partners. The conference was expected to set the tone for the ANC’s succession battle in Mangaung in 2012.

ANC Youth League president Julius Malema had reportedly been nominated for a position in the provincial executive committee, despite his being suspended for ill-discipline.

Reports suggested that if Mathale were to win, it would boost the youth league’s campaign to replace ANC secretary general Gwede Mantashe with Sports and Recreation Minister Fikile Mbalula and ANC president Zuma with Motlanthe.

Zuma had been expected to address the delegates over the weekend but the ANC replaced him with Deputy President Kgalema Motlanthe.

Zuma spared embarrassment
The Mail & Guardian has learnt that the ANC has spared Zuma possible embarrassment by not sending him to the congress, for which some delegates had prepared insulting songs about him, intending to humiliate him publicly.

ANC members in the province have accused Zuma of orchestrating the recent move to take over the Limpopo provincial government and expose Mathale as a weak premier and ANC leader on the eve of the provincial conference.

Mathale and his allies, including Malema, have made it clear that they want Motlanthe to replace Zuma as ANC president in Mangaung in the Free State next year. Zuma’s allies dominate neighbouring Mpumalanga and are said to be hoping to wrest control of Limpopo from Mathale and Malema, who has been nominated for a position in the provincial executive committee in spite of his suspension.

Provincial ANC insiders said this week that ordinary ANC members were so angry with Zuma that they were already preparing to make him feel unwelcome at the opening of the conference on Saturday. ANC members also blamed Zuma and Mantashe for formulating the charges against Malema to push him out of the party because he held different views on its leadership and policy.

Although party members were planning to boo Zuma and Mantashe, Motlanthe and Human Settlement Minister Tokyo Sexwale are likely to receive a warm welcome.

Sexwale, who is apparently aspiring to be ANC president in 2017, won the hearts of the youth league after he defended Malema at the youth leader’s disciplinary hearings two months ago. The league is expected to push for Sexwale to be elected into the party’s top six in Mangaung next year.

Setting the stage
This weekend’s much-anticipated Limpopo conference is expected to set the tone for the ANC succession battle in Mangaung next year. If Mathale were to win, it would boost the youth league’s campaign to replace Mantashe with Sports and Recreation Minister Fikile Mbalula and Zuma with Motlanthe.

Mathale’s supporters are also planning to push for the adoption of a resolution on nationalisation, taken by the recent provincial general council. And they intend to take a resolution that will question the Cabinet’s powers to place provinces under administration without consulting the ANC.

Limpopo ANC spokesperson David Masondo said there would be tight security at the conference, as a number of ministers, premiers and mayors were expected to attend. — Staff reporter, Sapa