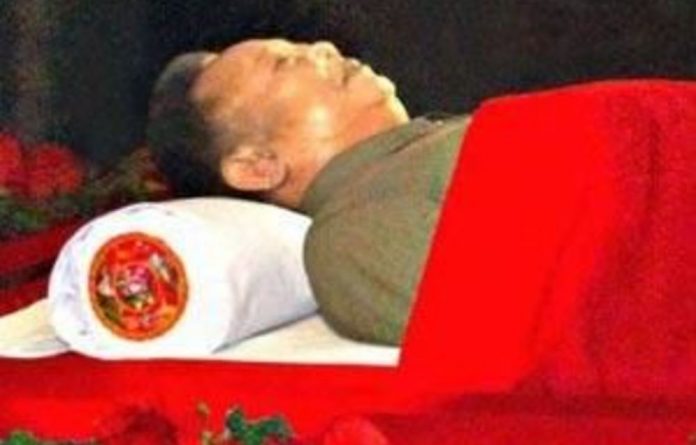 Calling on North Korean spiritually, slamming imperialist meddlers and crediting Kim Jong-il for purifying the air, the ANC Youth League has offered its condolences to the people of North Korea over the death of its Great Leader.

In a statement released on Thursday, youth league secretary for international relations Abner Mosaase called on the North Koreans to forge ahead in “unifying their country, to free it completely of the legacy of colonialism left to its people by imperialists represented by the United States of America”.

Korea was under Japanese rule between 1910 and 1945. By 1945, Korea was the second-most industrialised nation in Asia after Japan itself.

North Korea does not release employment figures and information on poverty and the economy is also unknown.

The youth league said Kim Jong-il saved his people from joblessness, homelessness and poverty, despite reports of food shortages and rations.

In a glowing written tribute to the late North Korean leader the youth movement also credited Kim Jong-il with combatting climate change by inventing an air steriliser, “to curb emissions and related hazards from the climate”.

Kim Jong-il died on December 17 of a heart attack brought about by overwork and stress, according to the North’s media. He was 69 years old — though some experts question the official accounts of his birth date and location.

The youth league slammed the “puppet regime” of South Korea’s Lee Myung-bak, who it claims deliberately sunk his Cheonoan war ship and blamed it on the North.

The ANC Youth League showed solidarity with the Workers Party of Korea and its youth league, the Kim-il Sung Socialist Youth.

” and the spirit that is carried in Mount Paektu will rejoice at this victorious moment. We say so because, we know that the creation of the Korean Republic or South Korea is not the desired outcome of the people of Korea, but the creation of imperialism, hence its borders are still guarded by the US military,” the statement said.

Mosaase applauded North Korea for the support it gave the ANC in the struggle against apartheid.

“We are certain that the working people of South Africa, who are struggling to defeat the legacies of apartheid, who want free, compulsory and quality education, decent housing,shelter, health, clothing, nationalisation of mines and other key sectors of our economy are with you in your struggle to first unify your country and inspire the freedoms of all in the world under a just and equitable world order.”