ANC: On a century of movement 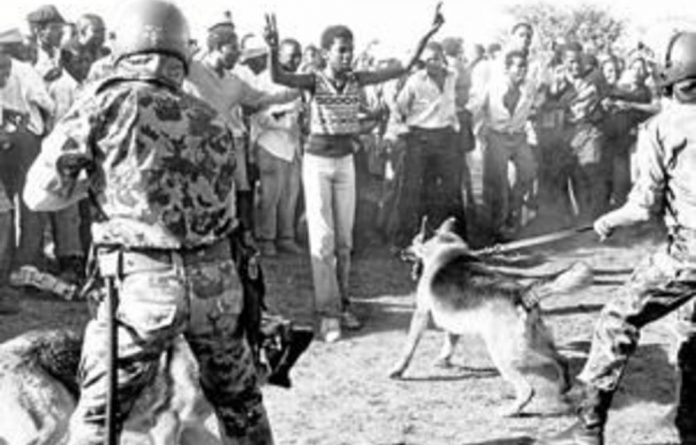 During an interview earlier this year, an American academic asked me to explain the remarkable absence of the ethnic hatred he had encountered in the former Yugoslavia and other places, in spite of three centuries of the most overt racism.

I explained that the once ubiquitous “Whites only” signs, the explicit and palpable definition of who then wielded power, had not tempted us to ethnicise the struggle. Instead we placed the issue of democracy at the fore, underscoring that we were fighting a system of institutionalised racism and not whites as a racial group.

The story of the ANC is that of several thousand ordinary people, the overwhelming majority of whom were Africans drawn from South Africa and the countries within its periphery, working and struggling together as comrades, in pursuance of the vision of a South Africa that would be a better place for all its people. Among the oldest national liberation movements in the world and the pioneer movement in sub-Saharan Africa, the ANC’s narrative, like that of India’s Congress Party, is the history of the struggle for freedom and democracy.

It is all too often forgotten that political support and public confidence have to be won. By the same token, they can be contested and subsequently lost. The legitimacy, public confidence and political support the ANC enjoys were earned in struggles, large and small, spanning some 80 years, waged in town and country — by men and women, the old and the young — initiated by members and activists of that movement.

Successive general elections demonstrate the levels of support the ANC enjoys among the overwhelming majority of South Africans. How long it will continue to do so depends on the movement’s actions. Ossification, complacency and rigidity can overtake even the most powerful movements.

In 1919, a group of dockworkers in Cape Town founded the Industrial and Commercial Workers’ Union — a general workers’ union — that grew into a popular organisation among the African and coloured working class in urban and rural areas during the 1920s.

Although they emerged independently of each other, the national and black working-class movements have historically intersected and intermeshed, and so have evolved a symbiotic relationship. Unionists are invariably members and leaders of the ANC and working-class ANC members are unionists. The alliance between the ANC and trade-union federation Cosatu is a function of both history and sociology. Since its inception, the liberation movement has comprised these interpenetrating components.

The ANC operated as a loyal extra-parliamentary opposition that recognised the legitimacy of the white state for two decades. But consistent with its own ambitions and the growing capacity of its constituency, it eventually challenged white domination on the battlefield.

That challenge rested on a principle stated unequivocally in the preamble of the Freedom Charter: “No government can justly claim authority, unless it is based on the will of all the people.”

Declaring war
In pursuance of its vision, the ANC leadership took the decision to create Umkhonto weSizwe (MK), the nucleus of a national liberation army when other options were foreclosed.

Even at the moment of declaring war on the apartheid regime, MK held out the olive branch, pronouncing a readiness to desist, on condition that the regime demonstrated a willingness to negotiate a democratic political dispensation in earnest. MK could justifiably claim paternity of Codesa, the talks that led to a democratic government.

After the Rivonia arrests and the repression that followed, the ANC was at its weakest. There were very few active ANC units and it had no military presence to speak of inside the country.

During the late 1960s, the youth took up the cudgels, borrowing freely from movements in the United States and other parts of the world, and organised themselves into students’ bodies that aroused and mobilised crucial sectors to open political activity that had declined after 1965. The Black Consciousness Movement (BCM) emerged as a distinct political and organisational force among the student youth during the 1970s. The ANC necessarily had to define its attitude towards it.

A search for fraternal relations with the movement succeeded with some among its leadership but failed with others. The re-emergence of an active trade-union movement was greeted with similar initiatives based on the principle that unity could develop organically among formations actively engaged in a common struggle.

But the watershed was the national uprising detonated by the high-school students of Soweto after a five-month protest against the unilateral imposition of Afrikaans as a language of instruction in African schools. In a rebellion unprecedented in the annals of radical social change, teenagers shattered the unnatural quiescence that had descended on the country after the repressions of the 1960s.

The Soweto uprising announced a new phase in the struggle — a phase marked by an ever-sharpening confrontation between the masses of the people and the apartheid regime; a phase during which the mass offensive became continuous and uninterrupted; a phase that placed the issue of the resumption of the armed struggle firmly on the agenda; and a phase that would require the ANC to devise tactics in response to the continuing use of maximum force against an insurgent but unarmed people.

With hindsight, one could say that the 1976 uprising that drew in every province of the country and all sections of the oppressed signified the passing of the strategic initiative from the racist regime to the movement for freedom. After Soweto, we never looked back. Every action, proposal and scheme devised by the regime was defensive, designed to stem the inexorable drive to freedom.

‘Functioning of structures’
Operating from external headquarters over 30 years, the ANC’s leading bodies were required to co-ordinate the functioning of structures spread across the globe. In addition to its own membership and supporters, the movement maintained a multifaceted relationship with a number of other bodies — sister liberation movements, supportive political parties, fraternal governments, solidarity movements, influential politicians and opinion-makers.

The positive contribution the BCM made to the reactivation of the people into struggle was readily recognised by the ANC and it encouraged the formation of a host of bodies that grew into a mass democratic movement by the mid-1980s. By 1984, almost every democratic current in South Africa converged on the ANC.

Thanks to the efforts of anti-apartheid forces the world over, responding to rising levels of internal struggle, South Africa is a democracy today. The popular pressure they engendered forced policy changes on reluctant politicians, not least the Reagan administration in the United States, which had assumed office with the phrase “constructive engagement” on its lips in 1981.

The American anti-apartheid lobby finally broke Western states’ resistance to sanctions by passing the Anti-Apartheid Act with a majority that overrode a possible presidential veto. That was but one of the levers that threw open the gates of Victor Verster prison in February 1990.

Despite the tense environment created by the intransigents among the regime’s securocrats during the early 1990s, the democratic elections of 1994, which gave the ANC the landslide majority it has since retained, took place in a peaceful atmosphere. South Africa changed forever in 1994.

Political freedom brought the dividend of new opportunities for self- advancement and access to professions hitherto closed to blacks as the centres of the economy from which they had previously been excluded were thrown open. A new dynamic emerged in society at large but also within the ANC itself as its leaders, members and supporters could now compete on more equal terms with their white counterparts — in the professions, in business and for state and government posts. From among the ANC’s support base, its membership and its leaders, a new black elite took shape, becoming, for instance, captains of industry, heading private corporations and state-owned enterprises, becoming judges, government ministers, well-paid professionals and high-ranking civil servants.

Personal ambitions and careerism inspire the actions of many among the ANC membership today. Some even have recourse to ethnic mobilisation. At the 1997 Mafikeng conference, for example, whispers about the need to resist domination of the movement by one ethnic group emanated from certain quarters. Class differentiation has produced its corollary, class conflicts, in which ANC members have found themselves on opposite sides. Because its constituency is blue collar, there is mounting pressure that the ANC should tilt in favour of the working class in such conflicts, generating tensions with its principal alliance partners, the South African Communist Party and Cosatu.

The ANC evolved from a body of loyal second-class citizens into a revolutionary national movement because it had the courage to critically review its experience, to retrace its steps when necessary and to absorb the tough lessons of defeat. The ANC’s founders sought to reform the colonial state by incrementally deracialising it. Experience demonstrated that the only realistic course was its overthrow and dismantling. A capacity for introspection, self-criticism and grasping the nettle of corrective action, when necessary, ensured that the ANC remained relevant while other movements dithered, then withered. It has dominated the political landscape since 1985.

The tensions within the ANC, so often cast as competition for elective posts, are rooted in the changing material conditions of life of the various strata that today make up its constituency and reflect recently acquired social mobility by black South Africans.

The movement’s reluctance to undertake serious study of the outcomes of freedom has rendered it less capable of anticipating potential points of tension and conflict. As a result, it finds it difficult to manage the contradictions produced by its own policies. The ANC’s capacity to lead will depend on how it addresses the societal changes its own policies have generated.