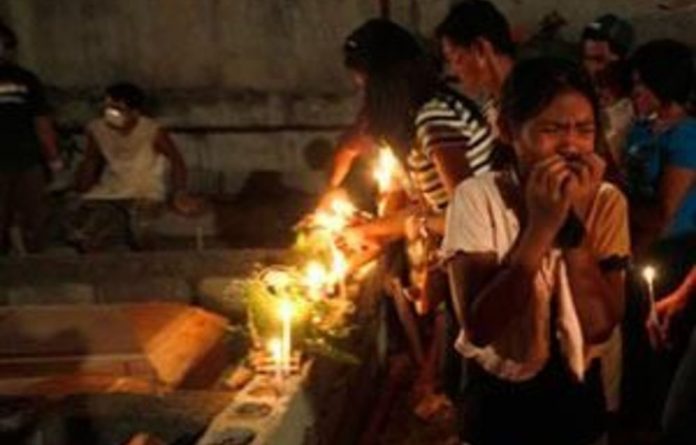 The World Bank said on Thursday that it had released $500-million to help the Philippine government’s recovery and reconstruction efforts after Tropical Storm Washi tore through the country, killing more than 1 200 and leaving hundreds of thousands homeless.

“In natural disasters, it is the poor, including many women and children, who are particularly vulnerable,” said World Bank acting country director Chiyo Kanda.

“We hope the funds will give the Philippine government flexibility to help families and communities recover, reconstruct vital infrastructure and restore basic social services, as well as enhance the country’s preparedness for natural disasters in the future,” she said.

The southern port cities of Cagayan de Oro and Iligan bore the brunt of the disaster, and suffered most of the fatalities.

More than 376 000 people were displaced by the storm and almost 55 000 are still huddled in crowded makeshift evacuation centres, the Philippine disaster council said. — AFP

International and regional finance institutions such as the World Bank, the IMF and the AfDB have provided emergency assistance, but there still remains a funding gap to effectively fight Covid-19
Read more
Coronavirus

Reliable news coverage is needed more than ever, but trust in the media is at an all-time low
Read more
Opinion

COMMENT The world is going through unprecedented challenges caused by a novel,...
Read more
Africa

Today, the whole world stands where Europe was in 1945. Europe recovered then thanks to massive international assistance. That same attitude of cooperation and solidarity is needed now more than ever
Read more
Advertising
Continue to the category
National