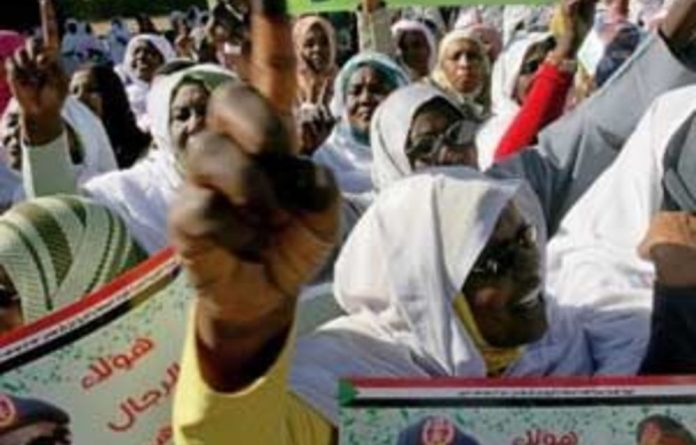 Thousands of villagers in South Sudan hid in the bush on Monday, waiting for UN and government troops to stop a cattle vendetta which officials fear may have left scores of people dead over the weekend.

A column of some 6 000 armed youths from the Lou Nuer tribe marched on the remote town of Pibor in the troubled Jonglei state, home to the rival Murle people, who they blame for cattle raiding and have vowed to exterminate.

They burned thatched huts and looted a hospital run by Médecins Sans Frontierès, the worst flare-up in a dispute that has left more than 1 000 dead in recent months and threatened to destabilise the world’s newest country.

“The situation is tense as the Lou Nuer are still around Pibor,” said Jonglei state information minister Isaac Ajiba, adding army reinforcements were still on their way to the remote settlement.

“They [the army] are yet to arrive but we hope to have the reinforcements there soon … We have reports of several casualties but at present the exact numbers are not verified,” Ajiba added.

A group calling itself the Nuer Youth White Army issued a statement on December 26 vowing to “wipe out the entire Murle tribe … as the only solution to guarantee long-term security of Nuer cattle.”

‘Major tragedy’
The government and the UN — which has warned the violence could lead to a “major tragedy” — were beefing up their forces in the area.

“We are moving in a big number of forces from the army and from the police to the area … to stop what is happening,” South Sudan President Salva Kiir said in a New Year’s Day address.

Despite disarmament efforts, guns remain common in Jonglei, an isolated and swampy state about the size of Austria and Switzerland combined but with limited mud roads often impassable for months during heavy rains.

Reverend Mark Akec Cien, general secretary of the Sudan Council of Churches, an umbrella organisation with members across the area, said they had reports of many killed and wounded in the clashes.

“The situation is very bad, there have been heavy casualties and the Murle have fled out of the town,” Cien said from South Sudan’s capital Juba. “The Lou Nuer are there in the town but others have left chasing after the Murle.”

Over 30 people were killed in Lukangol, some 30km north of Pibor where Lou Nuer fighters attacked last week, burning the settlement to the ground, Cien said.

Ethnic violence, cattle raids and reprisal attacks in the vast eastern state left over 1 100 people dead and forced some 63 000 from their homes last year, according to UN reports based on local authorities and assessment teams.

Abductions
Tit-for-tat cattle raiding is common in a grossly underdeveloped region awash with guns but Information Minister Barnaba Marial Benjamin said that casualties from recent clashes were not as high as many feared.

“The Murle left their villages ahead of the Lou Nuer, so while some structures were set on fire, not so much life was lost,” he said.

“The Lou Nuer have been ordered to return back home and to leave Murle villages, and some are already doing so,” Benjamin said.

Many groups accuse the Murle of abducting children from neighbouring tribes with the boys used to herd cattle and girls valued for the future dowry of cows they will earn, communities say.

“The government has repeated that it will work alongside the UN to ensure that all abducted children and women, and the thousands of cattle, will be released and that people must not take these matters into their own hands,” Benjamin added.

Lise Grande, the UN humanitarian coordinator for South Sudan, said on Sunday that the number of government forces heading to Pibor was estimated at 3 000 troops and 800 police. — AFP