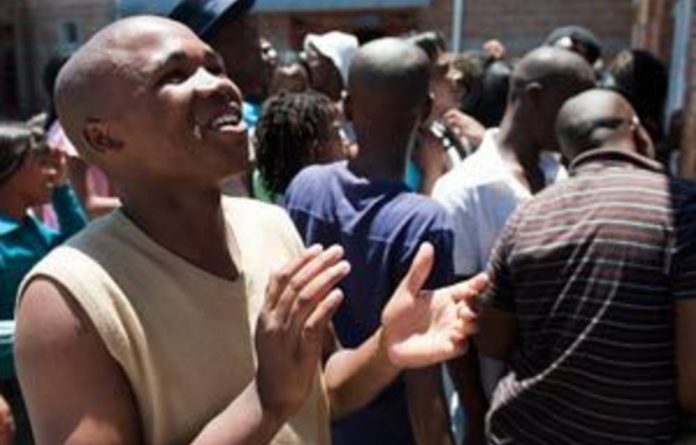 Education experts say that the 2011 matric results show a worrying trend of high attrition at school level and low performance in critical subjects such as maths and physical sciences.

Professor Ruksana Osman, head of the Wits School of Education, said there was general satisfaction with the improved matric pass rate this year but added that “the key concern is the high failure rate in maths and science and the high rate of students who are just not making it to matric”.

The five poorest performing districts in the country are also all located in the Eastern Cape and, of the next ten poorly performing districts; six more are from that province. The Eastern Cape education department was placed under administration in March last year after it emerged that the department had become dysfunctional but provincial authorities have resisted intervention plans.

Osman said it was clear that the Eastern Cape is in a state of disarray but added that looking at education alone, without considering what is happening in health and social development in that province, would give one a distorted picture. She said given the many challenges the province was facing, she was surprised it had managed to get the 58% pass rate it achieved.

Pass rate a ‘red herring’
Education NGO Equal Education, however, has called the overall pass rate a “red herring”, and pointed out that the total number of candidates who wrote the exam dropped from 537 543 in 2010 to 496 090 this year.

“The celebration around the improved pass rate is disingenuous when there are so many less candidates and a decline in the number of maths passes,” said coordinator Doron Isaacs. Not only has the number of students writing maths dropped from 124 749 in 2010 to 104 033 last year, the pass rate has also declined by just over a percentage point. Students need to score at least 30% in order to pass maths.

Isaacs said that the national discourse around matric has to change, with less focus on the overall pass rates and a greater focus on the quality of the passes achieved. “There’s this sneaky transference of students out of the hardest subjects and into the easiest subjects,” he said. “Students are being pushed out of maths and matric altogether so that the principal can produce a better [pass rate] at the end of the year.”

High attrition
The organisation also claimed that the “true pass rate”, based on the number of students in the 2000 intake who should have completed matric last year, was actually 38%. Of the 923 463 learners who started grade one in 2000, only 496 090 wrote matric in 2011.

Osman said it was possible that in a recession climate, some families may not have been able to send their children to school or may have needed the children to drop out in order to help support the family.

“Some may feel they’re so far behind that there’s no point going forward,” she said. However, she reiterated that this was merely speculation.

She also said it was unclear how many of the students who were dropping out between grade one and 12 were making it to the further education and training sector. “At this point it’s difficult to speculate. The department of basic education doesn’t do that kind of analysis and I think its time that they do,” she said.

Jonathan Clark, director of the schools development unit at UCT’s School of Education, also called for the department to reveal more detailed information on the state of education in the country. He said there is anecdotal evidence that low achieving students are being pushed through the lower grades and then being kept back at grade 10 or 11 but there was not enough data available to confirm this.

In addition, he called for the department to release the maths pass rates at the 50% mark — a requirement for many science, engineering and medical degree courses — in order to provide a clearer picture of the quality of passes being achieved. “The only people with answers here are the department of basic education,” he said.

Tempering expectations
At the same time, some experts believe national expectations for the matric maths pass rate are too high, especially given the huge inequalities in the education system and the poor performance of learners beginning in the foundation phase.

“Our expectations are unrealistic given what we know about performance in grades three and six,” said Clark.

He said that given these numbers, and the extreme inequalities in schooling across the country, having even 50% of students doing Maths at matric was “a big ask”.

Maths a major hurdle
Lynn Bowie, a lecturer in mathematics education at the Wits School of Education, said the drop in the number of learners taking maths at matric level can be attributed to “self-protection”, citing anecdotal evidence that teachers often advise students to opt for the easier subject, mathematical literacy, rather than maths in order to improve their chances of passing matric.

She expressed concern that the subject was trying to cater to two very different groups — academic students who needed high level maths in order to continue on to university, and students who intended to study trades such as electronics or mechanical technology after school. “We’re pulling hard at both ends but not meeting the needs of either population adequately, [so] for a large number of students maths has become a barrier to entry into the more technical fields,” she said.

However, she added that rather than making changes to a curriculum that has been altered so drastically in recent years, it was vital that the teachers, parents and the education department commit to helping the current cohort of grades eight, nine and 10 to improve their performance in maths and that primary schools focus on helping students consolidate their understanding of the fundamentals of maths.