Australia hammer India by an innings in second Test 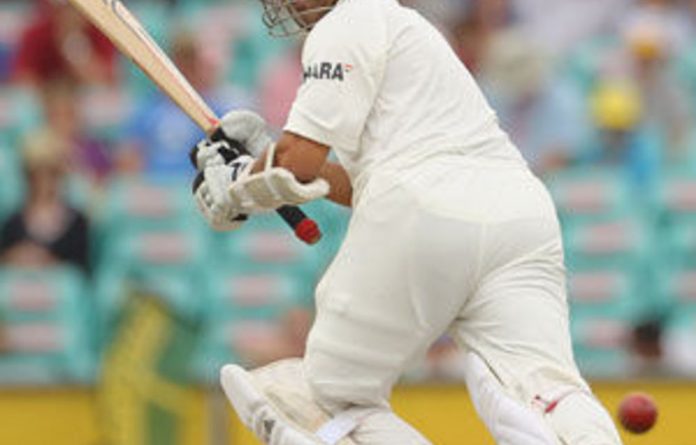 Australia crushed India by an innings and 68 runs in the second Test in Sydney on Friday to take a 2-0 series lead with two Tests to play.

Sachin Tendulkar’s dismissal precipitated a collapse on the fourth day as India saw their chance of winning a maiden series in Australia slip away.

The big breakthrough came 30 minutes after lunch when Tendulkar was again thwarted in his chase for his 100th international century with part-time spinner Michael Clarke claiming the prized wicket.

Man-of-the-match Clarke, who became only the sixth Australian to score a Test triple century on Thursday, capped a splendid all-round performance when he coaxed an edge off Tendulkar to Michael Hussey at slip for 80 off 141 balls.

Tendulkar’s dismissal triggered a clatter of wickets with top order batsmen VVS Laxman (66), MS Dhoni (2) and Virat Kohli (9) following in the next seven overs to expose the tailend to the Australian bowlers and inevitable defeat.

Ravi Ashwin was the last man out, caught in the deep by Nathan Lyon for 62 to give Ben Hilfenhaus five wickets.

It was Australia’s fifth win in 10 Tests against India at the Sydney Cricket Ground with India only winning once.

Remote hopes
Tendulkar looked in good nick as he unfurled his glorious strokemaking but fell in the 79th over when he was drawn forward to Clarke’s left-arm spin and got an outside edge off wicketkeeper Brad Haddin’s gloves to Hussey at first slip.

With him went India’s remote hopes of denying Australia victory after they lost the opening Melbourne Test by 122 runs.

Tendulkar has been stranded on 99 Test and one-day international centuries since scoring 111 against South Africa in the World Cup in March.

His last Test century was 146 against South Africa in Cape Town a year ago.

Kohli looked a little unfortunate to be given out leg before wicket off James Pattinson for nine to leave the tourists seven wickets down and into their tail.

Third Test
Zaheer Khan hit out lustily with five fours and a six in his 35 off 26 balls before he was caught by Shaun Marsh off Siddle nearing tea.

Ishant Sharma (11) and Ashwin (62) were the last wickets to fall after tea.

Earlier, opener Gautam Gambhir was dismissed for 83 when he was caught at point by David Warner off the second ball of Peter Siddle’s first over of the day.

India were always looking down the barrel after conceding a massive 468-run first innings lead following their mediocre 191 on Tuesday’s first day.

Captain Clarke declared Australia’s first innings at 659 for four with Ricky Ponting and Hussey also scoring centuries with seven and a half sessions left to bowl out India.

South Africa’s economic, racial and social divides invite unrest that will leave us all worse off
Read more
Advertising