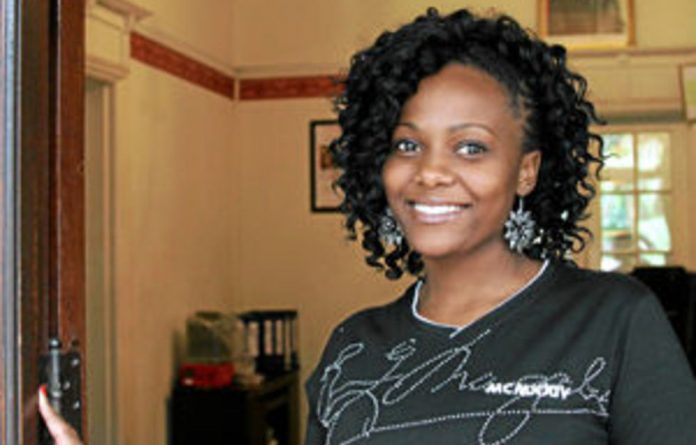 A group of young businesspeople are doing good business selling a clothing line whose label is President Robert Mugabe’s signature. On the day we meet at their office, a man has just bought a full kit — the RG Mugabe golf shirt, the RG Mugabe T-shirt and the cap.

The young woman at reception is in a bust-hugging black top, with “RG Mugabe” in silver studs running across her chest. Inside the offices of Yedu Nesu, the company behind the House of Gushungo clothing label, there is R&B on the television and, on the desk, the latest edition of the Harvard Business Review.

So, it is not your usual Zanu-PF office then? “No, it’s not about politics. It’s about his legacy,” Justin Matenda says from behind his laptop. “Gushungo is an icon, culturally, socially, in many other ways,” Matenda says, using Mugabe’s clan name. “The people who are flocking here to buy these clothes? They aren’t the sort you would usually call Zanu-PF supporters.”

His partner, Victor Gwaradzimba, says stocks are running low and they have had to ring the supplier for more material. “Young people don’t care whose name is on their clothes. They don’t know who Giorgio Armani is but still they buy the label, because it’s good.” But, of course, they do know who RG Mugabe is and, in deeply divided Zimbabwe, wearing this label means you will be labelled Zanu-PF.

“Yes, but what we are finding is that people of all persuasions are buying. Young, urbane people who you wouldn’t normally think care much for politics,” Matenda says.

The customers may not be Zanu-PF supporters but demand for the label reveals a long-held secret: even among the supposedly pro-opposition urban jet set, there is a secret admiration for Mugabe. “They may not go to Zanu-PF rallies but they appreciate the principles he stands for,” Gwaradzimba says.

The demand has been so strong that Yedu Nesu will have to move the business out of their office and open House of Gushungo stores. Mugabe likes to cast himself as the poor man’s champion but the label bearing his signature will be sold only in Harare’s upmarket malls.

Not a cheap label
“This will not be a cheap label. It goes with the kind of person we are talking about here.” Yedu Nesu plans to take the label beyond the borders. “Mugabe is a brand, like him or hate him.” Mugabe’s handlers have tried to rebrand their leader, who turns 88 next month.

He has appeared in music videos that feature girls in tights and heels, and his voice has been used over house-music tracks. Could a fashion label be the latest attempt to pimp his image? “No, he was never involved,” Matenda insists. “Of course, because we are using his signature, we sent him a proposal and he gave the nod.”

They are keenly aware of how news of the RG Mugabe label has been received. Gwaradzimba googles a story, carried in the Daily Mail, saying the label “is what tyrants are wearing, darling!” He laughs. “The people who are buying the clothes obviously don’t agree.”