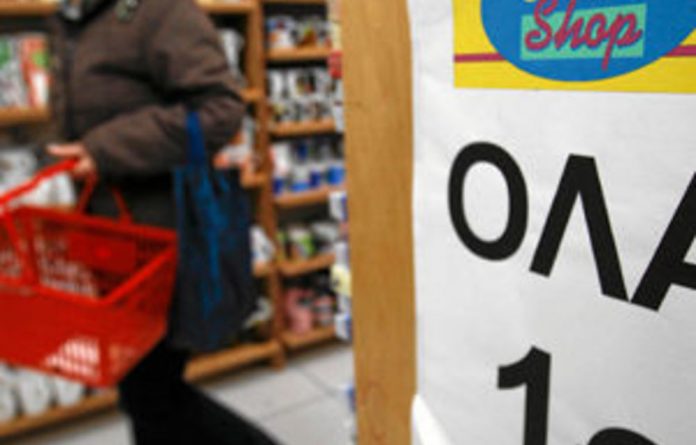 The Greek government stepped up the pressure on its eurozone paymasters this week, warning that unless a new bailout for the recession-hit country is agreed to within the next three months it will be forced out of the single currency.

Pantelis Kapsis, a spokesperson for the new coalition government led by former central bank chief Lucas Papademos, said negotiations with the “troika” — the International Monetary Fund (IMF), Brussels and the European Central Bank (ECB) — over the coming weeks would “determine everything”.

Greece was promised a second emergency bailout worth €130-billion in October after it became clear that the first rescue package, agreed on in May 2010, was not enough to stabilise its debts. But talks about this second deal, including a write-down for Greece’s private-sector lenders, are still continuing.

Kapsis told Greek television: “This famous loan agreement must be signed otherwise we are outside the markets, out of the euro and things will become much worse.” Reports have emerged since the weekend that the troika could demand fresh austerity measures from Athens in exchange for a new loan to ensure that it meets its targets for reducing the deficit.

But Kapsis also said imposing more cuts on a recession-hit nation could be very difficult. “We will see what the shortfall is and it is very likely that measures will be required,” he said. “I also don’t believe it is easy to impose new taxes, but what does cutting spending mean? To close down the public sector? There is no easy solution.”

Papademos’s technocratic government took power after the resignation of George Papandreou, who had sent world financial markets into a tailspin in November by suggesting he could hold a referendum on whether the Greek people were prepared to accept more austerity as the price of staying in the eurozone.

The latest intervention from Athens came as eurozone leaders prepare for a punishing schedule of political summits in coming weeks. They are working on a new “fiscal compact” to tighten tax and spending rules for the single currency and boost the firepower of their bailout fund from the IMF.

Official figures
Official figures released yesterday revealed the sharp contrast in fortunes between Germany, which remains the powerhouse of the eurozone, and crisis-hit Spain, the government of which is battling to keep it out of bond investors’ cross hairs.

German unemployment declined by a much larger than expected 22 000 to 2.89-million last month, taking the jobless rate to 6.8%. Anthony Cheung, of market analysts RANsquawk, said: “After a year that saw many eurozone economies stall, the German economic engine is purring on as smoothly as ever. In 2011 Germany created nearly half a million jobs, even while unemployment soared in the eurozone’s periphery.”

The continued strength of the German economy contrasted with the deteriorating situation in Spain, where unemployment rose for a fifth successive month in December, according to official figures, to hit a 15-year high of 4.42-million. On another measure, compiled by the National Statistics Institute, Spanish unemployment is now close to five million, or 21.5% of the workforce, the highest of any major industrialised economy.

Spain’s new government has already announced austerity measures after revealing the budget deficit would be much worse than predicted, at 8%. Madrid is drawing up labour-market reforms, which it hopes will boost job creation. But there were signs this week that strains in Europe’s banking sector could be easing slightly after the ECB poured €500-billion into cash-strapped banks before Christmas. At the ECB’s first one-week lending operation of the new year, banks reduced the amount they borrowed by €15-billion to €130.6-billion.

The ECB also announced a shake-up in responsibilities on its board, as two new members arrived to replace Jurgen Stark, the German member who resigned amid controversy about the bank’s role in the spiralling sovereign-debt crisis, and Lorenzo Bini-Smaghi of Italy.

Peter Praet, a Belgian technocrat, has been handed the role of chief economist previously held by the hawkish Axel Weber, who left last year after expressing scepticism about the ECB’s bond-buying programme, which has helped to drive down Spanish and Italian borrowing costs. Praet was given the job ahead of ECB newcomers Jörg Asmussen from Germany and Frenchman Bernard Coeure.

That decision avoids a potential controversy about whether a German or French number-cruncher should have the role, at a time when Paris and Berlin have different views about the ECB’s responsibilities in tackling the sovereign debt crisis. French President

Nicolas Sarkozy would like to see the ECB acting as a lender of last resort, a view shared by the United Kingdom, but German Chancellor Angela Merkel has repeatedly rejected the idea, fearful it could unleash inflation. Meanwhile, British Prime Minister David Cameron warned this week that the British economy faced another tough year and possibly the worst. Cameron declared that the UK could secure only “some protection” from the “debt storms”. —