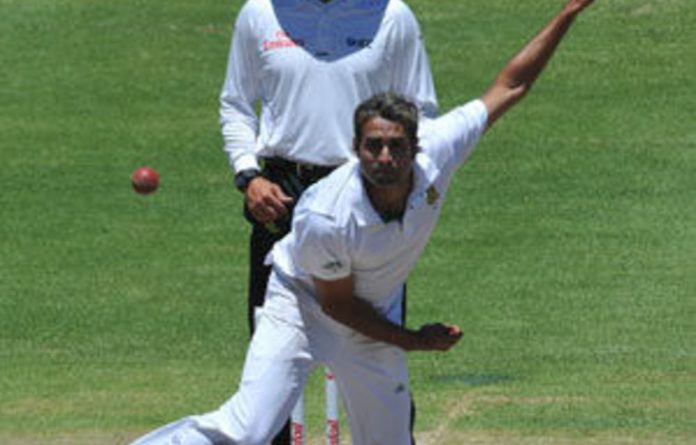 South Africa won their first home Test series in over three years by beating Sri Lanka by 10 wickets with more than a day to spare in Cape Town on Friday.

The series had been level after the hosts enjoyed a resounding victory in the opening Test in Centurion and the tables were turned a week later in the second Test in Durban.

Any hopes of an exciting climax at Newlands were soon extinguished when Sri Lankan captain Tillakartne Dilshan made the grave error of opting to bowl first after winning the toss.

The rest, as they say, is history.

Batting on a perfect pitch, the Proteas smashed their way to a number of milestones as Alviro Petersen, returning from the wilderness, made a century, followed by a majestic 259 by Jacques Kallis, playing his 150th Test.

AB de Villiers stormed to an unbeaten 160 and Jacques Rudolph, batting at six, made some much-needed runs with an unbeaten 51.

The Proteas declared at 580 for four, giving themselves enough time to bowl out the opposition twice.

Positive start
They achieved the first half of their task with consummate ease, dismissing Sri Lanka for 239 runs midway through the third day and, still facing a deficit of 341, the tourists were forced to follow-on.

Sri Lanka resumed the fourth day’s play at 138 for four on Friday morning with Tilan Samaraweera on 19 and Angelo Mathews on 28.

They started positively and survived the morning session without losing a wicket.

Their 142-run partnership, however, came to an end shortly after lunch.

Vernon Philander struck with a delivery which kept low and had Mathews trapped lbw for a well-earned 63.

The fast bowler stuck again when Dinesh Chandimal, who faced only 10 balls, was caught by Jacques Kallis at second slip for one.

Thisara Perera, who contributed 30, combined with Sangakkara for a half-century stand before he attemped to crack the ball towards long-on, but Morne Morkel held on in the deep.

Dhammika Prasad made 16 runs before he was stumped off Tahir and, appropriately, the last wicket fell to Kallis who bowled Chanaka Welegedara, who had fired off a quick 14 runs.

Man of the Match
Samaraweera was unbeaten for his magnificent 115, which came from 215 balls and included 14 boundaries.

Kallis’ sixth catch of the match, which came off his own bowling, equalled South Africa’s record for the most catches in a Test. He shares the milestone with Bert Vogler (1909/10) and Bruce Mitchell (1931/32).

Eventually all out for 342, Sri Lanka managed to secure a lead of one run, forcing the South Africans to bat again.

Dhammika Prasad bowled a no ball with the first delivery of the innings with Petersen making one run to secure the victory.

The last time the Proteas won a home Test series was in 2008 against Bangladesh.

Kallis was named Man of the Match for his double-century and all-round performance of six catches and three wickets.

AB de Villiers, who made 353 runs, including one ton and two half-centuries, was named Man of the Series. — Sapa