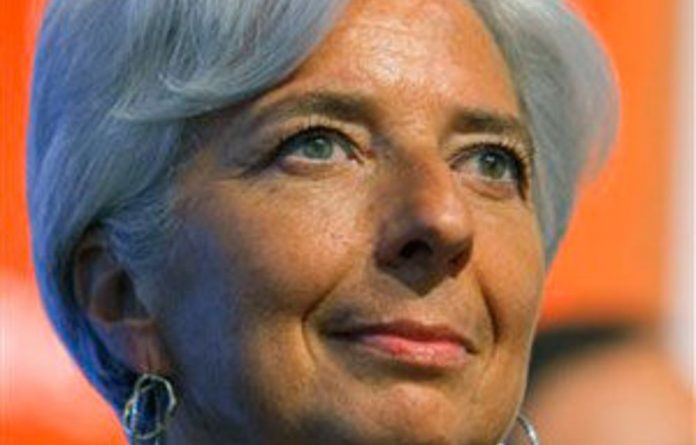 Europe as a whole might avoid a recession this year and there were reasons to be more upbeat about prospects for the region, Business Day quoted International Monetary Fund (IMF) head Christine Lagarde as saying.

“The eurozone scene has changed massively over the last 18 months or so … there are reasons to be a little bit more upbeat about the prospects,” she told the daily in an interview published on Monday after a visit to South Africa last week.

Some analysts believe a recession is inevitable in the eurozone, where several member states have grappled with sovereign debt problems for months, triggering global risk aversion which has hit emerging markets such as South Africa the hardest.

“You’ve got very different economies cruising at different growth rates. That is going to have an impact on the entire eurozone and might avoid recession for the eurozone at large.”

However, the eurozone crisis could hurt South Africa’s economy, Lagarde said on Saturday. She urged Africa’s economic powerhouse to maintain supportive monetary policy to ensure growth in the medium term.

The central bank in Pretoria kept domestic rates at historical lows last year after slashing them by 650 basis points in the two years to end-2010.

Analysts expect rates to stay on hold for much of this year, despite rising inflation, to give the struggling economy some breathing space. — Reuters