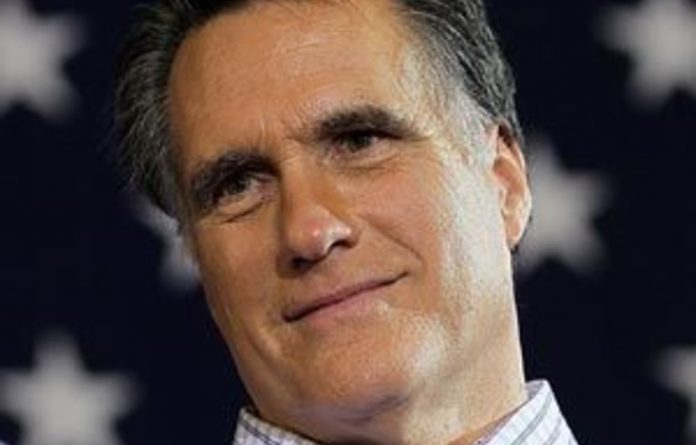 Republican presidential candidates turned on Mitt Romney in a nationally televised debate on Sunday in a desperate attempt to cut into his huge poll lead ahead of Tuesday’s New Hampshire primary.

The GOP debate in Concord, New Hampshire, and another held just 10 hours earlier in Manchester, were marked by personal, abusive and frequently petty exchanges that highlighted the fractured nature of the modern Republican party, and raised President Barack Obama’s hopes for re-election in November.

Former House Speaker Newt Gingrich, out for revenge after being on the receiving end of a $4-million advertising battering from Romney in Iowa, did not hold back, accusing him of lying, being unelectable and, in a phrase likely to be remembered long after the campaign is over, of talking “pious baloney”.

Romney, the former governor of Massachusetts and failed Republican candidate in 2008, has slipped 8% over the past week in New Hampshire, although that still leaves him on a healthy 35%, according to a poll by Boston-based Suffolk University published on Sunday.

Downright zany
Romney would normally be regarded as a rightwinger but he has managed to emerge as a relative moderate given the makeup of the field — a mixture of the deeply conservative and the downright zany.

His nearest challenger is Texas Congressman Ron Paul with 20%. Paul is running on a libertarian platform, opposed to foreign intervention abroad and in favour of minimal government at home.

Rick Santorum, who came a close second in Iowa but whose anti-gay views are turning off voters in liberal New Hampshire, needs a second-place finish to maintain the momentum necessary to establish himself as the “Anybody But Romney” candidate as the contenders head to South Carolina, whose primary is on 21 January.

But the poll showed him stuck at 8%, with Jon Huntsman, the former governor of Utah, on 11%, Gingrich on 9%, and Texas governor Rick Perry, who is not competing in New Hampshire, with a humiliating 1%.

Six candidates go into the primary, the second contest of a series to choose a Republican nominee to take on Obama for the White House. Romney looks set to add New Hampshire to his narrow win in Iowa but faces a tougher test in South Carolina, a deeply conservative southern state with a reputation for brutal contests where Romney managed only fourth place in 2008.

Consolidating credentials
After the debate, Romney, in an attempt to consolidate his establishment credentials, headed out on the campaign trail in New Hampshire accompanied by the former governor of Minnesota, Tim Pawlenty, and New Jersey governor, Chris Christie, both of whom had been potential presidential candidates. Gingrich and Huntsman also campaigned in New Hampshire.

Santorum and Perry headed for South Carolina, hoping to stop Romney. Santorum’s team denied he was treating New Hampshire as a lost cause.

Romney sailed through the Saturday debate, leaving his rivals squabbling with one another as they scrambled for second place. But, after withering media criticism for failing to attack Romney, the candidates came after him in Concord, producing a much rawer debate.

Gingrich, in one notable testy exchange, turned on Romney for saying he was not a career politician. “Can we drop a little bit of the pious baloney?” Gingrich said, listing contests Romney had fought and lost since 1994. “You’ve been running consistently for years and years and years.”

He criticised Romney’s “millionaire friends” for paying for “untrue” ads in Iowa about Gingrich’s record on abortion and other issues. Romney claimed he had no control of the political action committees responsible, even though they are packed with former campaign staff and business partners, and said he hoped any untruths would be corrected.

‘Breakfast at Tiffany’s’
In the spin-room after the debate, Romney’s spokesperson Eric Ferhnstrom responded to the “pious baloney” line with a sly reference to the embarrassing disclosure last year that Gingrich has a $500 000 account with Tiffany’s, presumably having lavished jewellery on his wife Callista. “Obama would have Newt for breakfast — at Tiffany’s,” Ferhnstrom said.

The sensitive issue of gay rights came up, too, in the debate. Romney, adopting a line similar to Obama, said he opposed discrimination but also opposed same-sex marriages.

Santorum, who has delivered some of the most hostile rhetoric against gay people of any mainstream politician, was asked what he would say to his son if he told him he was homosexual.

The former Pennsylvania senator responded with a softer tone than he has on the campaign trail so far. “I would tell him I would love him as much as I did the second before he said it,” Santorum said. In a magazine interview in 2003, he said much the same thing, although he added that he would urge him to be celibate.

The Manchester debate’s most explosive exchanges were between Paul and Gingrich over allegations that Gingrich had dodged the draft. Paul stood by his claim that Gingrich was a “chicken hawk” for avoiding service in Vietnam. “Dr Paul has a long history of saying things that are inaccurate and false,” Gingrich replied.

It was a poor night for Gingrich, after recent good debate showings. He made one small gaffe likely to be remembered. In response to a question about what he would be doing if he was not at the debate, he tried to play the populist card. Gingrich, who normally parades himself as a book-loving intellectual and classical music fan, said he would be watching the big basketball game: in fact, the big game on television that night was football. —