Romney gaffes could cost him dearly in Republican race 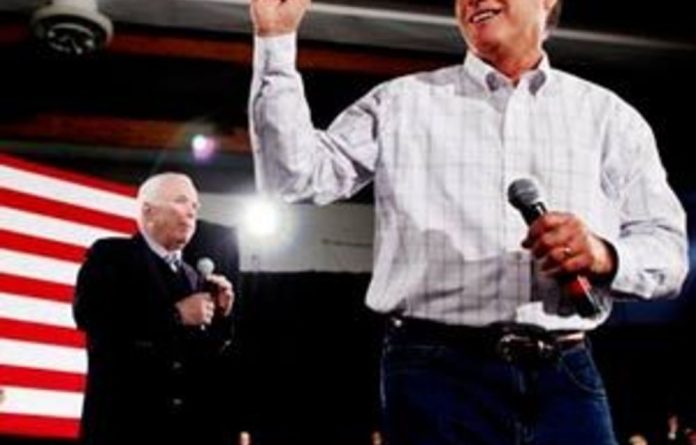 Republican presidential front-runner Mitt Romney offered his political rivals a gift on Monday when he volunteered that he liked firing people — an unfortunate remark just as his opponents launched millions of dollars in campaign ads labelling him a heartless corporate raider.

Speaking on the eve of Tuesday’s Republican primary in New Hampshire, he said, “I like being able to fire people who provide services to me.”

He was referring not to making workers redundant but defending the free market, the ability to swap providers if service was poor. But, given the cynical way ads have been distorted so far in the 2012 campaign, there is a strong chance his remarks will be seized upon for use in attack ads, using just the words “I like being able to fire people”.

It is a potential election bonus not just for the Democratic party but for the remaining Republicans in the race for the party’s nominations. It came as supporters of one of Romney’s fiercest and angriest Republican rivals, former White House speaker, Newt Gingrich, released a trailer for an ad which will cost a staggering $3.4-million to air.

The ad — paid for by one of the new breed of super political action committees (super PACs), which have unrestricted spending limits as a result of a supreme court ruling — details the devastation allegedly caused by lay-offs in firms taken over by Romney when he was chief executive of the Bain investment company.

The ad is revenge for Gingrich, who was on the receiving end of a $3.5-million ad onslaught in Iowa by Romney and his super PAC over the Christmas and New Year period that helped demolish Gingrich’s poll lead in the state.

New Hampshire goes to the polls on Tuesday in the first of a series of primaries to be held following last week’s Iowa caucuses. The overall winner takes on Barack Obama for the White House in November.

Narrow win
Romney, recording 41% in a University of New Hampshire poll — a clear lead — is on course to add New Hampshire to his narrow win in Iowa.

In the fight for second place, Texas congressman Ron Paul is on 17%, with Jon Huntsman, the former governor of Utah and the most moderate of the conservatives in the race, enjoying a late surge to tie with Rick Santorum, the most deeply conservative candidate in the race, on 11%. Gingrich is on 8% and the Texas governor Rick Perry is on 1%.

New Hampshire was always a foregone conclusion but the next contest, South Carolina, is shaping up as a bruiser. The state is deeply conservative, which is not natural territory for Romney, and might favour opponents such as Gingrich and Santorum.

Gingrich’s ad, which runs to 25 minutes, is being targeted just at voters in South Carolina. When Mitt Romney Came To Town describes how Romney and his Bain company allegedly raided smaller firms and destroyed the American dream for thousands of Americans and their families.

The trailer for the ad says: “Nothing was spared, nothing mattered but greed … Mitt Romney became chief executive officer of Bain Capital the day the company was formed. His mission: to reap massive rewards for himself and his investors. For tens of thousands of Americans, the suffering began when Mitt Romney came to town.”

The $3.4-million from the super PAC Winning Our Future will allow Gingrich to swamp the airwaves in South Carolina, where ads are much cheaper than in either Iowa or New Hampshire.

The democratic national committee, which has been targeting Romney for months in expectation that he will be the eventual winner, put out a web video on Monday disputing Romney’s claim that he created 100 000 jobs while at Bain Capital.

Mixed bag
Romney’s opponents have repeatedly said that the 100 000 does not take account of the numbers he laid off. Eric Fehrnstrom, Romney’s spokesperson, counters that many more than 100 000 were created but the number comes down to 100 000 after the layoffs have been deducted.

The Wall Street Journal has analysed the 77 companies Bain invested in, concluding that it was a mixed bag, with 22% filing for bankruptcy and an additional 8% getting into so much trouble they lost all the money invested by Bain.

Speaking at the chamber of commerce in Nashua, where he made the “firing” remark, Romney continued the theme he has been pursuing in recent days, trying to switch the view of him from heartless businessman to just an ordinary Joe.

He told the hundreds present at the breakfast he had not, as was wrongly assumed, started at the top. “I think some people imagine I went directly to the top level,” he said. “I started off at the entry level.”

In companies such as the stationery giant Staples, he claimed he had been up all night stacking shelves for the first store in the chain to open.

On Sunday, pursuing the same theme, he said he could relate to people worried about receiving a “pink slip”. But that has rung hollow with voters well aware that he comes from a family with millions of dollars behind them and that he himself, at least now, has a personal fortune of upwards of $200-million. —