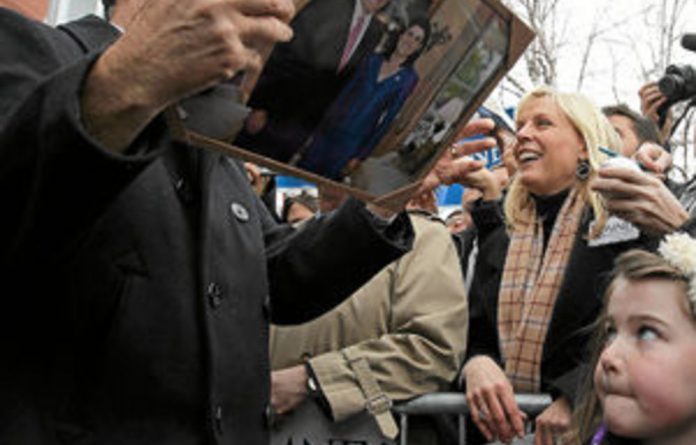 As the fight for the Republican party’s presidential nomination departs the frozen hills of New Hampshire for the balmier climes of South Carolina, the temperature is not the only thing heating up.

A brutal battle is on the horizon as opponents of the frontrunner and former Massachusetts governor, Mitt Romney, prepare to launch an all-out negative ad war. In particular, former House of Representatives speaker Newt Gingrich and his allies have vowed to stop Romney with a no-holds-barred media campaign.

Romney’s victory in the New Hampshire primary has established him as the favourite to win the Republican nomination to take on President Barack Obama for the White House in November.

Supporters of Gingrich in a group called Winning Our Future, which is not officially tied to his campaign, have bought a lengthy online documentary about Romney’s time as head of private equity firm Bain Capital. When Mitt Came to Town portrays Romney and his firm as ruthless corporate raiders whose actions have cost many Americans their jobs and ruined communities.

The film is due to be released as the battle for South Carolina begins in earnest. With the help of a $5-million cheque from billionaire supporter Sheldon Adelson, Winning Our Future is reported to have booked $3.4-million of airtime in South Carolina and the film will run almost constantly in the days before voting.

There is no more suitable state for the Republican scrap to get nasty. The first in the South to hit the polls, on January 21, it has a deserved reputation for political dirty tricks.

“South Carolina is known as the absolute nastiest and most bare knuckles kind of place for campaigning,” said Professor Scott Huffmon, a political scientist at Winthrop University in South Carolina.

Some dirty tricks here have become legendary in US politics. In 1980, Tom Turnipseed, a Democrat battling for a congressional seat, was destroyed by planted stories that he was a communist and had been treated with electric shocks for mental disorders.

“South Carolina is usually an exciting race. And I am using exciting as a code word,” said Professor Mark Tomkins, a political scientist at the University of South Carolina.

The main source of excitement is the looming fight between Romney and his arch-enemy, Gingrich, who has labelled him “timid” and accused him of spouting “pious baloney”.

Such language is about to get sharper through Winning Our Future. The group is a pro-Gingrich super-political action committee (PAC), a new type of group that is barred from co-ordinating with a campaign but is allowed to raise and spend unlimited cash in causes it supports.

Every candidate is allied with at least one super-PAC. Indeed, part of Gingrich’s antipathy to Romney is because of the impact a Romney-allied super-PAC had by spending millions of dollars against him in Iowa that diluted his support.

The trailer for When Mitt Came to Town depicts Romney as uncaring and driven by greed. It interviews workers laid off after Bain bought out their companies and features an already notorious photograph of a young Romney posing with dollar bills stuffed in his jacket.

The narrator describes the film as “a story of greed: playing the system for a quick buck”. It concludes: “For tens of thousands of Americans the suffering began when Mitt Romney came to town.”

Usually such an anti-business theme would not be expected of Gingrich, an ardent defender of US-style capitalism. Nor would it be expected to find fertile ground in conservative South Carolina.

But this state, with much of the US, is suffering terribly from the recession and may be receptive to an argument that portrays Romney as an uncaring chief executive.

South Carolina is larger and more diverse than Iowa or New Hampshire. As a moderate, Romney is expected to have a difficult time here. Though going on the stump and meeting voters in the flesh is still important, it is possible to wage effective ad wars on the airwaves. “We are the first race where the media can be used very effectively,” said Tompkins.

That should give Gingrich pause. His time as frontrunner was cut short by a Romney super-PAC that is unlikely to let up in South Carolina. Gingrich’s record of controversy, his ethical violations while speaker and his colourful private life all provide ample ammunition. Restore Our Future has committed to spending at least $2.3-million in South Carolina.

Attack ads work. Gingrich discovered that in Iowa, as did McCain in 2000 in South Carolina as his campaign derailed and George W Bush won the nomination. Everything is at stake in the race for a run at the White House.

“In New Hampshire it is played by Marquess of Queensberry rules,” said Huffmon. “In South Carolina eye-gouging and groin-kicking are encouraged. If you enjoy blood sports it can be good to watch.” —