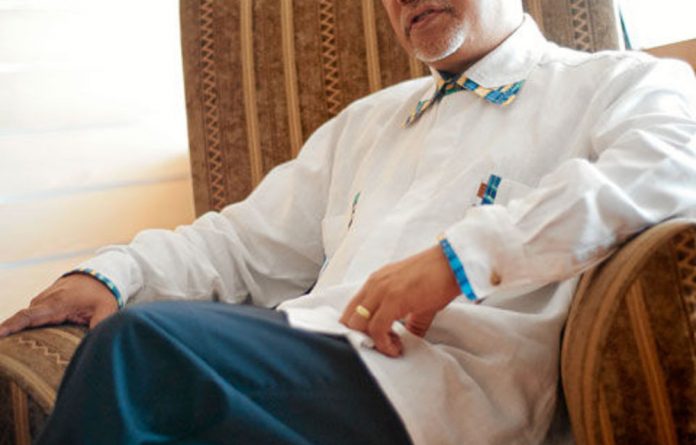 At the centre of the University of Johannesburg crisis is its vice-chancellor, Professor Ihron Rensburg. He spoke to Bongani Nkosi.

Why was it the university’s policy to accept late applications?
The philosophy of the University of Johannesburg (UJ) is that we should open the window for access to the university as much as we can. South Africa is very much a society in transition, which means there are significant information gaps — particularly among the working class and the poor. Our motivation is that we are a national asset and one which opens the door between those who are marginalised in our society and those in the mainstream.

Was it still necessary to open for late applications when they were clearly causing a burden and that other universities stick to application deadlines?
Other universities have positioned themselves as institutions providing training for the elite. That is okay, but we have positioned ourselves differently. We could have taken an elite position to say we wash our hands of those who have been extremely successful in matric, but failed to apply on time. When one looks at students who arrived at the doorstep of the university, one may well conclude that this is simply poor planning on their part. Our approach is that that may be so, but among them there may be about 6 00 who have done so well that it would be criminal to deny them access to university.

What is your response to allegations that the university did not plan properly for the late applications?
The organisation was outstanding on campus. It is the off-campus arrangements that will need to be put under the microscope. When we complete the investigation I am certain it will point a finger firmly at the arrangements off campus. The university’s role ends at the gate. The liaison with the public protection services was there, but the capacity was missing. We must take some responsibility to look at the nature of liaison between the public protection services and us. If that investigation is going to finger UJ then let it do so.

How will you do it differently next year?
Assuming we will have late applications in 2013, we will give consideration to a process that does not see people coming physically to the university. We will introduce online applications as well as a toll-free number for those who do not have access to the internet to bring these long queues outside our ­university to an end. I am confident we will find solutions.

To what extent is the schooling system to blame for your predicament?
My approach is not to point fingers. From the evidence we have received from the applications it is fair to conclude that there is a problem that the school system is not addressing adequately. Again, let us be clear we cannot generalise because there are some schools that are doing well. But are schools serving the working class and the poor doing as well as schools serving the middle class and the elite? That should be the focal point.

How will the university deal with a centralised process for university applications when it is introduced by Minister Blade Nzimande?
If we do centralise, do we have capacity? Let us say 100 000 applications go into the centralised system, officials then send the applications to universities. Universities still need to manage their own application systems, so we must ask what value it will have if it adds a new layer to an existing system.