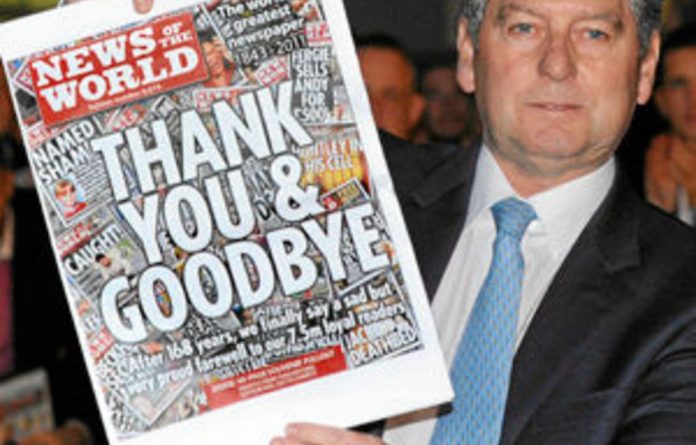 New York’s media fraternity are a tough crowd, seldom impressed with anything apart from, occasionally, themselves. However, the relocation of Colin Myler, the former editor of the London-based but now closed News of the World, to the editor’s chair at the New York Daily News received a more excited reception than the habitual “meh” response.

Myler, whose harrassed-man-in-a-mac appearance should not deceive, brings with him plenty of tabloid experience and the compelling promise of a head-on collision with his former employers, the Murdochs.

He is the man who dared to contradict James Murdoch directly over the events surrounding the phone-hacking cover-up at the British Sunday paper and will now be seeking to cause trouble for News Corporation in another tabloid market.

Rupert Murdoch’s New York Post has been the Daily News’s bitter rival since News Corporation rebought the Post in 1993, following some nifty squaring of Federal Communications Commission regulations. The fact that the Daily News is owned by Mort Zuckerman, a similarly mythologised beast in the New York landscape, gives the titles’ conflict piquancy. The Daily News and the Post, which represent the characters Thing One and Thing Two to the New York Times’s Cat in the Hat, have relentlessly chased each other in a slowly declining print market with the Daily News coming out ahead, with a circulation of just more than 600 000 a day, whereas the Post has slipped to just more than 500 000.

Myler’s appointment is a little salt in the open wound of this gap.

One issue his arrival will raise for Rupert Murdoch is how much News Corporation wishes to throw behind its tabloid to scale up the competition. When Murdoch launched his spectacular iPad venture, The Daily, a year ago — the middle-market, tablet-only edition for “everybody”, which actually seems to be more accurately for “nobody” — the Post felt moribund. Not only did its managing editor, Jesse Angelo, move his attention to the $30-million app operation, so too did the chairperson and chief executive, who declared at the lavish launch that a “new type of journalism” was needed for the new age. Although most other details at the launch proved to be flawed, maybe this prediction was something that Murdoch got right.

The Post’s digital offering, once way ahead of the Daily News’s, seemed to suffer from the same strategic sclerosis that the British News International titles encountered in terms of their web traffic, whereas the Daily News pushed for growth and has recently been gathering pace with more national coverage digitally.

One cannot imagine that James Murdoch, so badly bruised by the hacking scandal, will be spending much time in his relocation to the United States wanting to take on Myler and a rival tabloid. However, there are rumblings of a renewed price war and a feeling at the Daily News that, although it has stayed well ahead of the Post, the brief editorship of Kevin Convey did not connect as well to New Yorkers as some of the more rumbustious coverage from its rival.

Much as one would like to imagine the newspaper wars of New York as green eyeshades at dawn, this conception is as romantic and passé now as the notion of crime in Central Park (17 robberies last year, compared with more than 700 30 years ago). The media ground for local New York coverage is also shifting.

Both tabloids face competition from a plethora of smaller web-based start-ups and ever-expanding entertainment sites moving into their territory. The scrappy DNAinfo start-up, backed by another billionaire, J Joseph Ricketts, which seeks to cover the city neighbourhood by neighbourhood, has expanded rapidly on a minuscule cost base.

Wild rumours circulated last year that DNAinfo would buy the Daily News and, although so far this would appear not be true, there is certainly a strong sense that the site’s hyper-local coverage is hitting the gaps left by the tabloids, digitally torn between city-wide and national coverage.

Run by a young woman, Leela de Kretser, who has reporters working from laptops dotted around the city rather than from expensive midtown offices or Soho lofts, DNAinfo has time and cost structure on its side, if not an immediately obvious revenue advantage.

Another recent start-up, Capital New York, from former New York Observer journalists Josh Benson and Tom McGeveran, showed confidence by adding more funding and staff last year. Myler, who worked at Murdoch’s Post prior to the News of the World, will be wanting to inflict a few defeats on News Corporation.

But the reality is that both tabloids are embroiled in a wider war. —