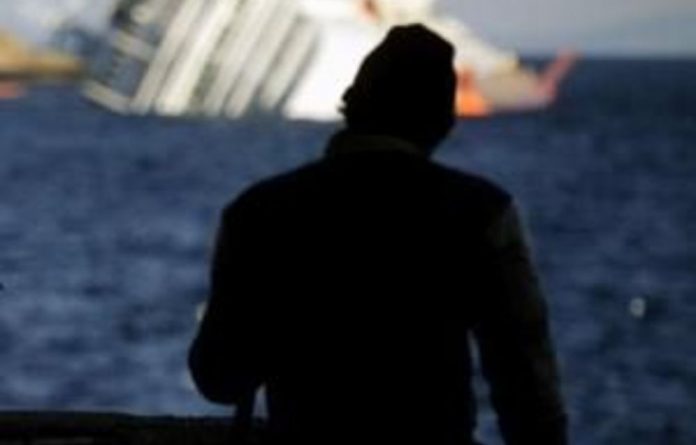 The coast guard officer who ordered the captain of the capsized Italian cruise ship to go back aboard unwittingly became an instant hero on Wednesday, credited with saving the national honour on one of its darkest nights.

Italy has become enthralled with the tale of two captains.

One is coast guard Captain Gregorio De Falco, who furiously ordered the skipper of the Costa Concordia to return to his ship and oversee the rescue operations.

The other is Captain Francesco Schettino — whom newspapers have branded a coward for fleeing in the face of adversity and who is now under house arrest, accused of multiple manslaughter, causing a shipwreck and abandoning ship.

“Listen Schettino, perhaps you have saved yourself from the sea but I will make you look very bad. I will make you pay for this. Go on board [expletive]” De Falco yelled at Schettino during a four minute radio exchange made public on Tuesday.

The Italian word De Falco used, “cazzo” in Italian, is slang for penis but it is commonly used to emphasise something, equivalent to “Go on board, damn it”.

National embarrassment
The imperative phrase in Italian — “Vada a bordo, cazzo!” — was already on T-shirts by Wednesday morning.

“Thank You, Captain” was the more sedate headline the country’s largest national newspaper, Corriere della Sera, chose on Wednesday, reflecting the gratitude of Italians who see Schettino’s behaviour as a national embarrassment.

“Two men … two stories, one who humiliates us, the other who redeems. Thank you Captain De Falco, our country badly needs people like you,” the Corriere della Sera said.

Another memorable exchange between the two captains, listened to by millions of Italians since it was made public, is when De Falco tells Schettino:

“You get back on board! That is an order! There is nothing else for you to consider. You have sounded the “abandon ship”. I am giving the orders now. Get back on board. Is that clear?”

The new “Italian idol” is an unlikely one.

Jesus Christ-Judas Iscariot
De Falco is 48. He is balding and, in uniform, looks more like the maître d’ of an exclusive restaurant on the Amalfi Coast than a swashbuckling heartthrob.

“I’m no hero,” De Falco told reporters on Wednesday as he entered a magistrate’s office in the Tuscan city of Grosseto to give testimony for the investigation.

Judging by the comments on Twitter, Facebook and other social media, Italians, living in a country many feel is mired in corruption and economic woe, would beg to disagree.

Some have even played on the Jesus Christ-Judas Iscariot — one a saviour, the other a traitor.

Judging from reports that De Falco is usually soft-spoken, unassuming and even shy — when he is not faced with a shipwreck — he would likely reject the acclamation of instant sainthood.

But he may be moved by a tweet from and Italian boy named Salvatore Garzillo: “The next time someone asks me what I want to be when I grow up I am going to say: ‘a man like De Falco.'” — Reuters