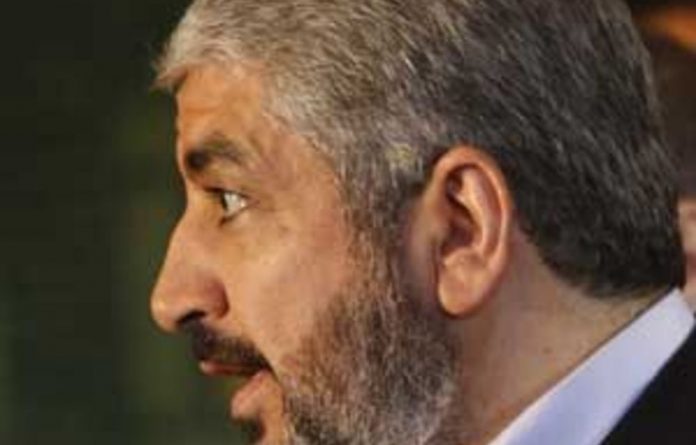 Khaled Meshaal, the political chief of Hamas, is to step down from his position when elections for the leadership of the Palestinian Islamist organisation take place in the next few months, according to a senior colleague.

Meshaal will retire to allow a fresh leader to steer Hamas towards a new strategy, according to Mustafa Lidawi, a former representative of Hamas in Lebanon, writing in an article on an Arab website.

Meshaal has been head of Hamas’s political bureau since 1996, and has been based in Damascus since the following year.

In recent weeks, he has indicated that Hamas should make a strategic turn away from armed struggle to popular non-violent resistance in the wake of the Arab spring revolutions and the success of Islamist parties in elections.

At a meeting in November with the Palestinian president, Mahmoud Abbas, to discuss reconciliation between rival factions Fatah and Hamas, Meshaal said he would reposition the organisation away from violent resistance.

‘No change’ in policy
The new approach caused a rift with the internal Gaza leadership, which said there would be no change in Hamas policy. “There has been no change concerning our mode of thinking towards the conflict,” Mahmoud Zahar, the most senior Hamas figure inside Gaza, told the Guardian in an interview this month.

Meshaal’s new position was thought to be the result of populist uprisings sweeping the Arab world and the move by Islamist organisations, such as the Muslim Brotherhood in Egypt, towards political partnerships and discourse with western countries.

One Hamas official in Gaza said: “Meshaal is trying to convince the leadership here that we have to open a new page, that isolation is a big burden.”

However, his reported decision to step down may indicate that the Hamas leadership within Gaza has won a power struggle.

Meshaal has also been pushing for Palestinian reconciliation and the formation of a national unity government ahead of elections. However, Meshaal is reported to be frustrated with the slow and uncertain progress, and few observers believe elections will take place this year.

The Hamas leader was also looking for a new base for the organisation amid the ongoing revolt in Syria. Hamas had refused to back the regime of President Bashar al-Assad, infuriating the Iranian government, which had sponsored both it and the Syrian leadership.

Fragmenting in exile
The exiled leadership of Hamas now appears to be fragmenting geographically. Meshaal’s family has reportedly moved to Amman, and his deputy, Mousa Abu Marzouk, has relocated to Cairo. Military operations leader Emad al-Alami has moved his family to Gaza, it has been reported. Many other officials have also left Damascus, ostensibly to move their families to safety.

“It appears that Hamas leaders no longer feel comfortable in Syria, mainly due to security concerns, and therefore are moving their families to other Arab countries,” a source close to Abu Marzouk told the London-based Al-Hayat newspaper on Tuesday.

Abu Marzouk is expected to be in contention to succeed Meshaal, although Ismail Haniyeh, the de facto prime minister of Gaza, could also stand for the political leadership.

The post is meant to be limited to two terms, although Meshaal’s period at the helm was extended twice.

Meshaal was the target of a botched assassination attempt by Israeli security forces shortly after taking up the leadership. Mossad agents in Amman attempted to inject poison into his ear, but Meshaal reached hospital before it took full effect. An outraged King Hussein demanded the Israelis hand over the antidote. Humiliatingly, Israel was forced to apologise. —

Most of the international community doesn't formally recognise Jerusalem as Israel's capital, insisting the issue can only be resolved in negotiations
Read more
Opinion

With renewed energy, the continent needs to assert its role in the fight against Israeli apartheid
Read more
World

Rival Palestinian factions, Hamas and Fatah, have reached an agreement on aspects of their bid to end a decade-long split
Read more
Africa