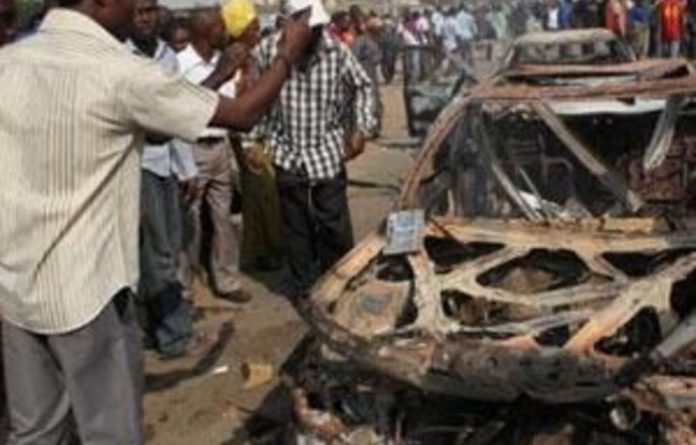 The man thought to have masterminded an attack on a Nigerian church that killed 37 people on Christmas Day has escaped from police custody, still wearing handcuffs, less than a day after his arrest.

Kabir Sokoto, an influential businessperson and alleged gunrunner, was a huge catch for authorities investigating the church bombing just outside the capital, Abuja. A radical Islamist group Boko Haram claimed responsibility for the attack.

Sokoto was detained after unexpectedly turning up at the Abuja home of the governor of Borno, a state in the north plagued by Boko Haram attacks. The following day, Sokoto fled while being escorted by five armed police officers to search his nearby flat.

“In the course of undertaking this important procedure, the policemen on escorts with the suspect were attacked by the suspected sect gang members and in the process the suspect freed,” police official Olusola Amore said. A policeman was injured in the shootout during which the police vehicle was surrounded by a large crowd, a security official said.

Amore said the regional police commissioner had been suspended for “serious negligence” over the escape, and may face prosecution.

‘Other loyalties’
Nigeria’s President Goodluck Jonathan confirmed this month that Boko Haram has secret backers among government and security officials. The movement’s violent campaign to impose a strict interpretation of Islamic Sharia on Africa’s most populous nation claimed more than 500 lives last year. Almost a quarter of the national budget, around $6-billion (£3.9-billion), was allocated to the security forces to check Boko Haram’s growing threat.

There is little faith that the national security apparatus can handle the task. “We have said it before and we will continue to say it, that there are people in our security agencies that have other loyalties than they have to Nigeria,” said Ayo Oritsejafor, head of the Christian Association of Nigeria.

Others preferred to hope that the police were merely incompetent. “Maybe the police just didn’t have the brain to chain his legs,” said Musa, a newspaper vendor in Lagos. “They are still very useless people but that is better than that they purposely released [him].”

The embarrassment comes two days after suspected Boko Haram gunmen killed five people in the group’s homeland states of Borno and Yobe. Three of the victims hailed from neighbouring Chad, whose borders with Nigeria remain closed since the president declared a state of emergency in several north states.

Boko Haram has claimed responsibility for a suicide bombing on the UN headquarters in Abuja which killed 24 people in August. —