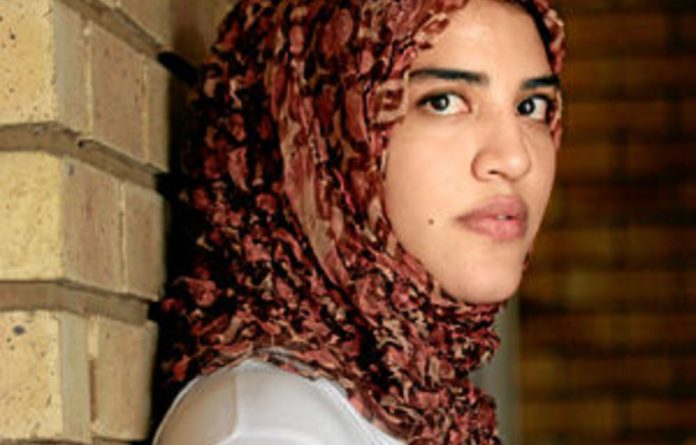 A Muslim woman has lodged a complaint with the department of home affairs after officials at the passport control section of OR Tambo International Airport allegedly told two of her daughters that they needed to remove their headscarves for identification purposes.

Quraysha Ismail Sooliman, a lecturer in the department of political science at the University of Pretoria, said her family was leaving South Africa for a Middle Eastern tour on Christmas Day when a passport control official told her 16-year-old daughter that he needed to see her hair.

“He told her that she wasn’t wearing a headscarf in her passport photo, which was taken when she was 13, and he needed to see her hair. My daughter responded that that wasn’t necessary as her face was clearly visible. At that point, he said: ‘If we want, we can ask you to take off your headscarf’.” Sooliman said that when she approached the desk and asked if there was a problem, the official let her daughter through, at which point she decided to let the matter go.

But when the family returned to South Africa last week another official — this time a woman — referred to her 22-year-old daughter’s headscarf as a “handkerchief” and told her that she was not allowed to wear it either in her passport photograph or during the identification process at passport control, prompting Sooliman to contact home affairs.

“She [the official] told her that she must remove her headscarf so that she could see her ears and her hair. She also asked her where she got her passport from and proceeded to tell her that she shouldn’t have had a photograph taken with her headscarf.

“I was extremely disappointed and taken aback by their attitude and tone. If security is an issue, then staff should have training in courtesy, tolerance and respect and facilities should be provided where females can remove their head covering in privacy in the presence of a female official. We have no problem with that.”

After Sooliman circulated details of the incidents on the internet another woman, Fatima Mayat (39) from Gauteng, spoke about how a male official manning a desk at passport control at the airport had asked her to remove her headscarf on Sunday morning.

“I explained that as a Muslim, we don’t want to take off our headgear in front of men who are strangers and also said that if this was really necessary he must arrange for a female to come over and take me to a room to confirm my identification,” said Mayat.

“He was very arrogant and accused me of telling him how to do his job, so my husband asked for his supervisor.

“When the supervisor came over, she was equally rude and told me not to make their jobs difficult.” Mayat said the supervisor threatened to send her to the back of the queue if she continued to “talk back” to her, before eventually taking her to a side passage where she was asked to expose her hair.

“I was upset because I was very polite, but they were talking loudly to me and it attracted unwanted attention and was embarrassing.”

Mayat said that at the time of applying for her passport the agent who was assisting her told her that many applications which were accompanied by photographs in which women wore headscarves had been rejected by home affairs.

“I needed my passport urgently, so I was forced to have my photo taken without a headscarf. I heard it was the new law.”

The chairperson of the South African Muslim Network, Dr Faisal Suliman, said the organisation would seek urgent clarification on the matter from the minister of home affairs.

“If the woman’s face is clearly visible on her passport photo, there should be no requirement for her to take off her head covering,” Suliman said.

The network would also enquire whether a Muslim woman was obliged to remove her head covering in terms of South African passport-photo requirements, he said.

The director general of home affairs, Mkuseli Apleni, told the Mail & Guardian that while officials at passport control were within their rights to make such requests, they were bound by departmental policy to do so in private.

“There might be something you doubt about an individual and may, for example, be forced to do a body search. But you can’t do so publicly.”

Apleni admitted that, in practice, some officials might not comply with this requirement and said that the department would investigate the claims made by Sooliman and Mayat.

“Home affairs respects the religion of all people, irrespective of what they subscribe to.”

Apleni said that his department adhered to the requirements of the International Civil Aviation Organisation in terms of passport photographs.

“Headgear is fine as long as the forehead and eyes are exposed in a particular way and it doesn’t interfere with civil aviation authority standards.”