Rates on hold amid worsening outlook 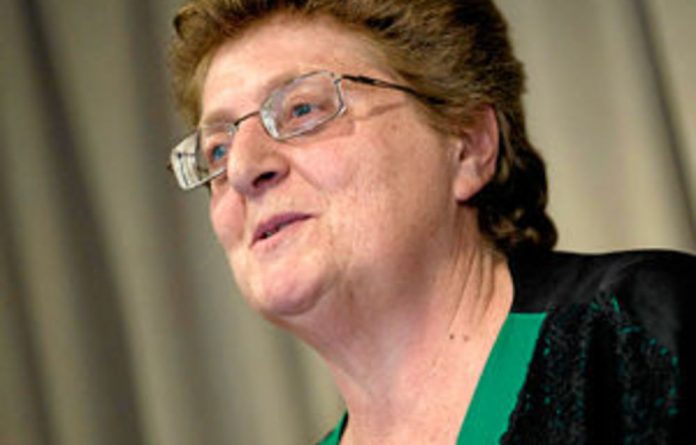 Reserve Bank governor Gill Marcus was more hawkish yesterday as she kept rates on hold, but she flagged rising inflation as a danger to the South African economy and reiterated that she would be ready to act should inflation worsen.

This is not surprising, considering that policymakers are under mounting pressure to protect growth after the World Bank cut its global economic forecast this week, saying a eurozone recession could exacerbate a slowdown in countries such as India and China.

Marcus’s announcement came on the same day that the Philippines central bank cut rates for the first time since July 2009, joining emerging markets from Thailand to Indonesia in easing monetary policy.

While Marcus kept the repo rate — the price at which the Reserve Bank lends cash to commercial banks — unchanged at 5.5% (its level since November 2010), she said the outlook for domestic inflation and economic growth had worsened since the last monetary policy committee (MPC) meeting in November last year, mainly because of the “risks posed by the persistent crisis in Europe”.

Growth in South Africa this year is now expected to average 2.8%, compared with the bank’s previous forecast of 3.2%, while in 2013 the economy is projected to grow about 3.8% instead of 4.2%. The bank’s biggest worry is the role of rising administered prices in the inflation outlook. Inflation is now expected to average 6.1% (outside of the Bank’s 3% to 6% target band) for 2012, rather the 5.9% forecast.

“The MPC believes that inflation pressures are primarily of a cost-push nature, but is concerned that a persistent upward trend and prolonged breach of the target could have an adverse effect on expectations, which could reinforce the upward dynamic,” said Marcus.

Although food had been the main inflation driver, the assumed electricity price increases of 17.3% for 2012 and 2013 needed to be watched closely. “The case for significant above-inflation [electricity-price] increases is questionable,” said Marcus. “The determination of administered prices should not act as an inhibitor to growth and investment.”