The unbearable prospect of not being Kim 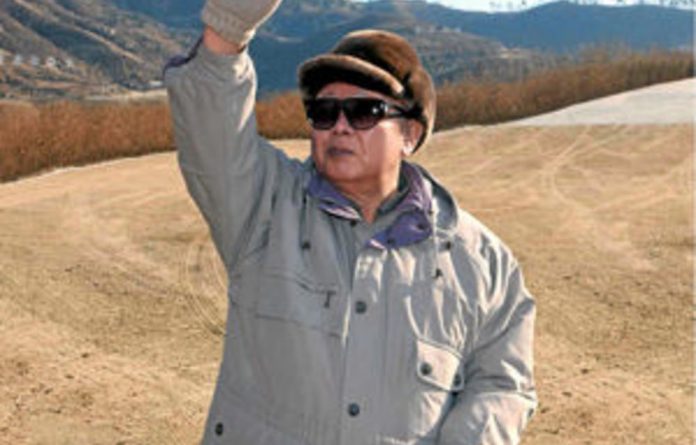 When Kim Jong-il died, North Korean soldiers fell to their knees and cried. Children sobbed, reported the Chinese state news agency, and some women even fainted. But few were sadder than South Korean shopkeeper Kim Young-sik, who told reporters: “I feel very empty, as if a part of me died.”

Then again, Kim is a special case. With his large paunch, jowly face and oversized glasses, he had for many years moonlighted as the world’s foremost Kim Jong-il impersonator. His looks took him to the Middle East, where he performed alongside a Vladimir Putin double in a chocolate advert; to Japan, for a part in a TV series; and to the film sets of South Korea, where he had roles in both features and music videos. “Sometimes,” he confided in 2006, “I feel like I am Kim Jong-il.”

But Kim now fears his second career might have reached an abrupt end. “People try to comfort me, saying some figures are more famous when they’re dead,” he said. “But I don’t think it will be the case with Kim.”

Is he right? What happens to other impersonators once their lookalikes cop it? After all, in Sacha Baron Cohen’s forthcoming film, The Dictator, it is the lookalike who ends up leading the country after the dictator flees to the United States. So is this game over, or could it be the profile boost Kim secretly always hoped for?

Prospects are certainly bleak for Anthony Pena, who impersonated Muammar Gaddafi on Conan O’Brien’s eponymous cable talkshow. “Good luck for the future,” were O’Brien’s last words to Pena as he left the show following Gaddafi’s death in October. Seconds later, Pena was himself “dead” — killed off by the show’s producers in a mock execution by a gun-toting crew member who had confused him for the real thing. Or so the script went.

But all was not lost, said Francesca MacDuff-Varley, who runs A-List Lookalikes, a British doubles agency. “Political lookalikes often get more work in historical reenactments after the politician’s death,” she said. “When Osama bin Laden died, for example, there was more interest in Osama doubles.”

In the entertainment industry, she said, superstars’ lookalikes tended to get more work after their doppelganger’s death. “If they’re already an icon, death can make them bigger,” said MacDuff-Varley, citing Michael Jackson and Amy Winehouse as recent examples. “There’s usually a lull of about six months to allow for a grieving period. And then it all takes off again.”

Kim could also take heart from last year’s Egyptian revolution, which seemed to spark a renaissance in Hosni Mubarak impersonations. Ayman Hosni achieved YouTube fame — and an appearance on Egyptian TV — with his series of videos mimicking the fallen dictator. In June, actor Medhat Aboul Ezz was cast as Mubarak in a film dramatising his last days in power, a role Aboul Ezz said he would not have dared take on before the revolution.

Comedian and serial impersonator Mahmoud Azab announced a new show that will mimic members of Mubarak’s family and administration, though not the dictator himself.

If all else fails, Kim could always write a book about his years as a dictator’s double. It is a tactic perfected by Latif Yahia, former body double to Uday Hussein, son of Saddam. Yahia wrote two books: I Was Saddam’s Son and The Devil’s Double, the last of which was turned into a 2011 film of the same name. Never mind that Kim never technically worked for his lookalike — two reporters have questioned Yahia’s claims. They say many of his accounts could not be verified.

When he refused, Bishr was thrown from the moving vehicle and ended up in hospital. Later, the filmmakers threatened to kidnap him again if he did not change his mind.

Australian comic Chas Licciardello was a more willing lookalike, but his antics scarcely ended better. In 2007 he donned a Bin Laden-style beard, hired a motorcade and drove through police checkpoints to arrive at the Sydney hotel that was playing host to George Bush, then the United States president. Police arrested Licciardello. “I don’t see a funny side,” Police Minister David Campbell later said. “I don’t see a funny side at all.” —