US fails to show up for its Taliban party 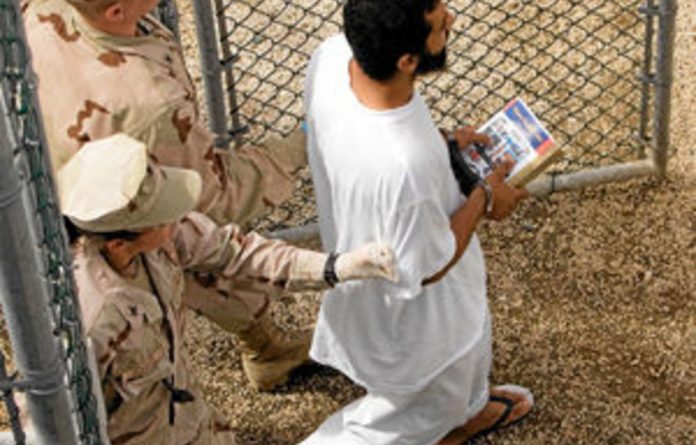 The Obama administration is in danger of missing a historic opportunity for a peace settlement in Afghanistan if it does not act quickly to release prisoners in response to a Taliban offer to open talks, European officials and observers say.

The Taliban announced on January 3 that it had agreed to open a political office in Qatar to hold peace talks with the international community. It said it expected the release of its officials being held at Guantanamo Bay. At the time, White House officials said the administration was considering the transfer of five Taliban officials to custody in another country, widely believed to be Qatar.

But with no movement yet on the prisoner transfers European officials involved in the talks are urging Washington to act quickly to maintain the momentum before spoilers on all sides stall proceedings.

“We think Washington can rely on the Qatar authorities as far as this is concerned. We know there is a political risk involved in the middle of [United States presidential] elections, but we also believe the earlier they do this, the less the political risk, because by November it will be in the distant past,” a senior European official said.

Several diplomats stressed that the Taliban offer to enter talks was a historic step and represented a dramatic change in policy. They said that, for the first time since the war began, all the parties were lined up behind official support for negotiations, but that such alignment might not last very long.

Some speculated that the Obama administration had been rattled by Republican attacks on the president’s national security credentials. What was needed now, one diplomat said, was “political courage”.

Michael Semple, former European Union envoy to Afghanistan who is in close touch with senior Taliban members, said: “It’s an open question whether the Americans appreciate how momentous a step this was for the Taliban. It is serious and it is profound.

“It is US policy to engage, but the people you’ve asked to engage are risking their lives and they need help and they need credibility with their own people. If you invite everybody to the party and don’t show up yourselves, my God, you look stupid.”

Semple added that if both sides promptly implemented confidence-building measures such as prisoner transfers, “it is realistic to think there could be a ceasefire in 2012”.

“Do they [the Obama administration] realise that they could actually stop the fighting in Afghanistan this year?” he said.

The White House did not respond to a request for comment. Administration officials have previously pointed out the constraints of the National Defence Authorisation Act as far as prisoner releases are concerned. Under the Act, passed by Congress in December, transfers from Guantanamo are banned unless the defence secretary certifies that those released from the detention camp will not commit acts of terrorism or rejoin the fight.

Other European officials are not as confident as Semple because of the wide differences between the parties. The Taliban insists on the complete removal of foreign troops, whereas the US and Kabul government are negotiating a “strategic partnership” agreement that would establish long-term American bases in Afghanistan.

Kabul and its Western backers also insist that Afghanistan’s Constitution, including women’s rights, should be accepted as part of the agreement, but the Taliban argues that some of the Constitution is in conflict with Islam.

A former member of the American administration who was involved in the preliminary talks said that since the death last year of former envoy Richard Holbrooke the deadlock created by the competing views of the state department, Pentagon and CIA had got worse, making it harder for Washington to react quickly to events. —

Julian Borger
Julian Borger is a British journalist and non-fiction writer. He is the world affairs editor at The Guardian. He was a correspondent in the US, eastern Europe, the Middle East and the Balkans and covered the Bosnian War for the BBC. Borger is a contributor to Center of International Cooperation.
Facebook
Twitter
WhatsApp
Linkedin
ReddIt
Email
Print