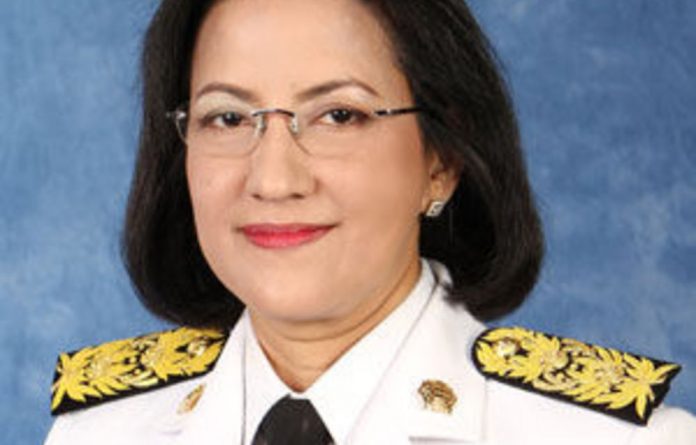 For most politicians, any association with Zimbabwe’s president, Robert Mugabe — let alone a friendship — would be damaging to their career. Not so in Thailand, where it won’t stop you getting an office in the Thai Cabinet, as businessperson Nalinee Taveesin found recently.

The Harvard graduate has raised eyebrows both at home and abroad not only for her “strictly social” ties with Mugabe, but for this week being appointed one of the first Red Shirts to government in this politically divided nation of 69-million.

While Nalinee has served since August as Thailand’s trade representative, brokering economic relations with countries including Kazakhstan, India and Nigeria on behalf of Thailand’s prime minister, Yingluck Shinawatra, it is her appointment this week as minister for the prime minister’s office that has raised questions over who exactly is ruling Thailand.

Yingluck, a businessperson herself, is the sister of Thailand’s former prime minister, Thaksin Shinawatra, a billionaire who was ousted in a military coup in 2006.

Street protests in 2010, backed by Red Shirts calling for an end to military rule and a dissolution of Parliament, ended in extreme violence, with at least 90 people killed and a further 2 000 injured.

This is Yingluck’s first reshuffle since taking office in July last year, but many analysts believe it is Thaksin who is orchestrating a game of political “musical chairs”.

“The Red Shirts did a lot of heavy lifting during the 2009 and 2010 protests, calling for democracy, protesting against the military and government, and suffering fatalities … This is a game of musical chairs that Thaksin is conducting — [which] allows Thaksin to pay back the Red Shirts by appointing Nalinee and their most fiery orator [Nattawut Saikua] to Cabinet positions.”

‘Mugabe regime cronies’
Nalinee is said to be a major shareholder in 25 companies, ranging from book and CD sales to real estate, spas and agricultural products.

Unsurprisingly, it is her association with the Mugabes that has caused the most concern. The US treasury designated Nalinee as far back as November 2008 as one of four key “Mugabe regime cronies” who had repeatedly facilitated financial, real-estate and gem-related transactions on behalf of Grace Mugabe and Gideon Gono, the governor of the Reserve Bank of Zimbabwe, according to the US treasury website.

Under US regulation, assets belonging to Nalinee within US jurisdiction have been frozen and US citizens are prohibited from conducting financial or commercial transactions with her or her businesses.

Nalinee has denied the allegations and called her affiliations with Mugabe and his wife “strictly social”, insisting they are a result of her acting as a liaison to the Zimbabwean president and his wife during their visits to Thailand, as well as their family members who studied abroad in the kingdom.

She told a recent press conference: “I have never imagined that friendship will have adverse effects on me, especially when I’ve decided to enter politics.”

Yingluck defended Nalinee’s appointment and said: “The reshuffle — was meant to fine-tune work as the country is undergoing the [flood] recovery efforts.”

Sanctions
Party spokesperson Chavanond Intarakomalyasut also questioned her claim that her relationship with the Mugabes was purely social: “If that was true, [then] flight attendants who provided services to Ms Mugabe would have been sanctioned [as well].”

Yingluck’s government came under further fire after a report found that human rights have deteriorated under her leadership.

Human Rights Watch raised concerns in its annual World Report over Thailand’s growing crackdown on freedom of expression, enforced by government surveillance of the internet with an increased focus on prosecuting those with opinions considered offensive to the Thai monarchy.

According to the National Human Rights Commission, more than 400 lese-majeste (insulting the monarchy) cases were sent to trial in 2010 and 2011. The most recent involved an American sentenced to two years in prison in December for blogging excerpts from a banned biography.

Yingluck’s government has a tough few months ahead, as it pushes for 7% economic growth in the wake of massive flooding that wreaked havoc on many foreign and local industries and cost Thailand an estimated $45-billion (£29-billion), according to the World Bank. Analysts say that Thailand is in a rush to prove its attractiveness to foreign investors before south-east Asia turns into one economic zone in 2015. —