Retrial? No such thing: Moodley’s ‘wasting his time’ 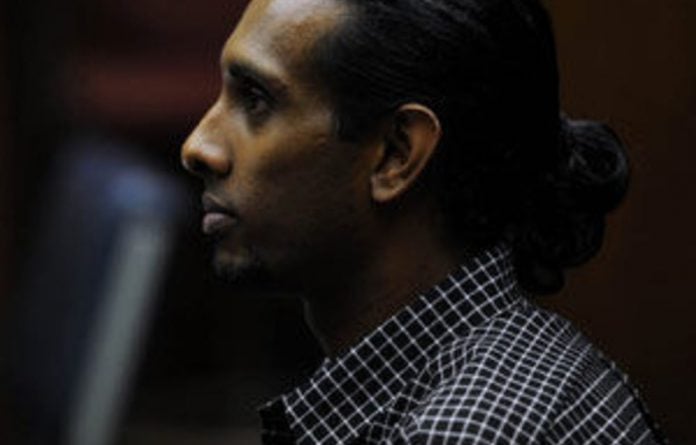 The chances of Donovan Moodley receiving a retrial are “slim if any” and he is “wasting his time” in court. This is according to Dr Llewelyn Curlewis, vice-president of the Law Society of the Northern Provinces, who said: “The best thing he can do is sit out at least a third of his sentence and then try to get parole.”

Moodley, who confessed to kidnapping and killing university student Leigh Matthews in 2004, was sentenced to life imprisonment for the murder, and also received additional sentences of 15 years in prison for kidnapping and 10 years in prison for extortion. Moodley has taken his case to the high court, Supreme Court of Appeal and Constitutional Court, all of which have dismissed his appeals.

On Wednesday he made a dramatic return to court, claiming that his confession was coerced and that police rigged the evidence against him. He has asked for a “retrial” but no such remedy exists in South African criminal procedure.

State advocate Zaais van Zyl has denied that the state did anything untoward in investigating and preparing the case and said that Moodley’s latest claims were “an imaginary account of past events”. The state has said his application for a retrial is an abuse of court process.

Moodley, who is representing himself in court, said on Wednesday that he has become “persona non grata” and that even people close to him did not want to be associated with the case. He did not have representation from Legal Aid.

“Legal aid is a right, but Donovan Moodley is too evil to be afforded legal aid. If Adolf Hitler would appear from the dead, he would get legal aid without question. How ridiculous is that,” Moodley told the court.

In principle every accused that cannot afford a lawyer should be assigned a lawyer by the state, at state expense. But Curlewis said his lack of legal representation implies that his case is weak. “Obviously the Legal Aid Board is of the opinion that there’s no merit in his application,” he said.

He said he agreed that Moodley was abusing court processes. “All the avenues have been extinguished before this but desperate times call for desperate measures. He has nothing to lose by making allegations of the kind that he’s made,” he said.

Curlewis said that although there was no obligation for the court to hear Moodley’s case but for justice to be seen to be done, it was fair of the court to give him an audience.

Professor Stephen Tuson, who teaches criminal procedure and criminal law at the Wits University School of Law, said that Moodley’s latest appearance in court is both confusing and irregular. However, he added, “the judge is being thorough in affording him a hearing before he makes a decision”.

According to Tuson, Moodley could appeal using one of two procedures — he could apply for leave to appeal against the conviction and sentence and apply to “adduce” or add further evidence to what was already presented in his original court case, or he could apply for a review of the matter. But it is not clear which procedure Moodley is relying on.

“If he wants to adduce further evidence, he has to show that this evidence is available and that it was not available at the trial; that it will have a material effect on the trial and that there’s a reasonable explanation for his failure to reveal the evidence at the trial,” said Tuson.

A review aligns most closely with the American concept of a retrial. In a review, one would argue that there were procedural irregularities in the trial or that new information relevant to the case has become available.

Moodley’s testimony, given in court over a number of hours on Wednesday, seems to imply that he is seeking a review but what he’s said so far is unlikely to meet the criteria for either procedure.

The M&G caught up with Melinda Gates while she visited Lilongwe, Malawi to see how a family planning campaign in the country was going.
Read more
Advertising
Continue to the category
National