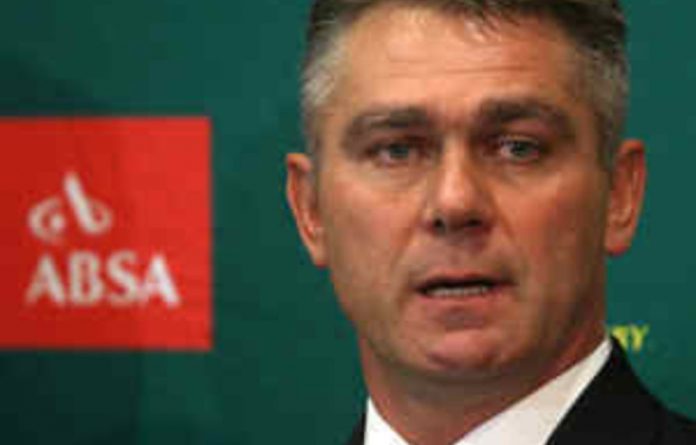 Meyer’s appointment was ratified after a Saru special general meeting on Friday morning.

The 44-year-old takes over from Pieter de Villiers, who coached the Springboks from 2008 to 2011.

“Having been involved with the Blue Bulls for so long, I’ve experienced first hand how passionate South African rugby supporters are,” Meyer told reporters in Cape Town.

“I will do everything in my power to ensure the Springboks remain among the pace setters of world rugby.”

Meyer, who has been given a four year contract, said it was humbling to be able to coach the Springboks.

He said he was ready for the challenge.

“I want to make the Springboks accessible to all people,” Meyer said.

“I need every South African citizen to help me make this the best team in the world.”

Saru president Oregan Hoskins said it was felt that a coach with a new approach and new ideas was needed for “one of the toughest jobs in South African sport”.

“Heyneke has our full support and we know he won’t leave any stone unturned as he strives to take the Boks back to the top of international rugby.”

Hoskins said Meyer’s appointment followed months of speculation regarding the favoured candidates for the position.

He and Ireland forwards coach Gert Smal were tipped as the front-runners to replace De Villiers, who took the Springboks to the quarterfinals of last year’s Rugby World Cup in New Zealand.

Meyer was the favourite out of four short-listed candidates four years ago to succeed World Cup winning mentor Jake White but lost out to De Villiers.

Hoskins said at the time that transformation had played an important role in the appointment of De Villiers.

Meyer guided the Bulls to South Africa’s first Super Rugby title in 2007 and won four Currie Cup titles with the union, lifting the Blue Bulls from the doldrums and making them one of the most successful provincial teams in world rugby. — Sapa