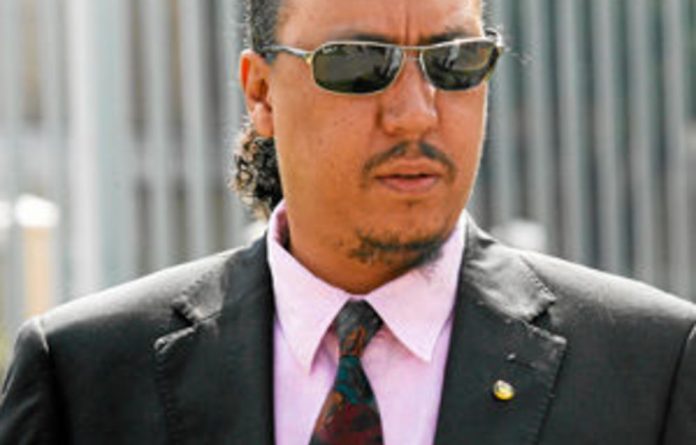 The ANC Youth League has accused its parent body of using disciplinary procedures to settle political scores. This comes after it was revealed at a disciplinary appeals committee meeting this week that ANC chief prosecutor Uriel Abrahamse wrote an email to his deputy, advocate Nomazotsho Memani, suggesting that the appeals should be heard before the ANC’s centenary celebrations to prevent suspended youth league officials, including the league’s president Julius Malema, from sharing a stage with ANC president Jacob Zuma.

Abrahamse wrote: “I also don’t think it is a good idea to engage the other side unless they initiate it. Our experience is that they will use every opportunity to create delays. They do this in order to have the appellants’ part of the January 8 programme.”

The youth league believes that this move to prevent Malema from sharing a stage with Zuma is proof of a larger political plot.

Malema is appealing against an ANC disciplinary committee’s decision to suspend him for five years. If his appeal fails, he must quit his position. League spokesperson Floyd Shivambu, secretary general Sindiso Magaqa, deputy president Ronald Lamola, treasurer general Pule Mabe and deputy secretary general Kenetswe Mosenogi were all suspended and are appealing against their suspension.

It also presented Abrahamse’s email correspondence to the appeals committee to back up their claim that the case against them was politically motivated.

The correspondence was accepted by the committee after Deputy Justice Minister Andries Nel, who is part of the ANC’s prosecution team, confirmed the contents of the email and that it was by Abrahamse.

Email fuels tension and deepens divisions
The email is likely to fuel tensions and deepen divisions in the ruling party before the ANC elective conference in Mangaung in December. The league also hopes it will give credence to its claims that not only are the charges against its leaders politically motivated, but also aimed at suppressing the league’s views on policy and leadership change.

This could also explain why the league’s message of support was excluded from the ANC’s January 8 statement distributed at the centenary rally, which was addressed only by Zuma.

In the email Abrahamse advised Memani about the need to convene the appeals hearing before the ANC centenary celebrations because the ANC had received information that Malema and his supporters were “busy with all sorts of shenanigans”.

Abrahamse claimed that Luthuli House had received information that “the Mopani regional chair and secretary [in Limpopo] had organised a meeting two weeks ago where they invited Julius to address them. Cde [Comrade] Cassel [Mathale, the Limpopo premier] was also present and, according to the reports we received, the agenda was basically to discuss their plans for mass mobilisation and to undermine the ANC president”.

He also wrote: “They are busy printing T-shirts for January 8, which carry the slogan, ‘Kgalema for president'” and “they are trying to mobilise the [youth league] structures throughout the country in support of this campaign”.

Abrahamse, a former Umkontho weSizwe cadre, is no stranger to controversy. Two years ago he was convicted of accidentally killing four-year-old Gwadiso Belang, during a shoot-out with a thief in Westdene, Johannesburg. He was found guilty of culpable homicide and sentenced to four years in jail, but served only 10 months. The rest was converted into correctional supervision.

Abrahamse’s email has infuriated the youth league, which has now called for the ANC top brass to take punitive action against him. It also wants the appeals committee, chaired by businessperson and ANC national executive committee member Cyril Ramaphosa, to overturn the suspensions because of political interference.

“During the proceedings of the disciplinary hearing against the leadership of the ANC Youth League, it came to our attention that Comrade Uriel Abrahamse was pursuing the disciplinary proceedings and appeals process for reasons other than what is prescribed in the constitution of the ANC,” reads the league’s letter addressed to Mantashe. “The ANC Youth League is in possession of an email communication which Cde Uriel has sent to the deputy national presenter, Cde Nomazotsho, on issues concerning the appeal process. In the email, it is apparent that the intentions of the ANC for the disciplinary hearing and appeals process was about political developments in the ANC.

“Section 25.2 of the ANC constitution forbids disciplinary actions that are meant to settle political scores or with intentions to stifle debate in the African National Congress. The email communication sent by Comrade Uriel clearly violates this important principle of the ANC and illustrates that the intention to pursue disciplinary hearing against the leadership of the ANC Youth League is about settling political scores and stifling debates.”

“We write to the most senior leadership of the ANC, because we believe that you will exercise the necessary honesty and consistency of instilling discipline against members of the ANC who sow disunity and bring divisions in the African National Congress. We believe that the conduct of Comrade Uriel disqualifies him to continue being the national presenter of the African National Congress, not only for the case in question but for all disciplinary proceedings of the ANC because his actions do not reflect the qualities and discipline of the ANC.”

The letter is signed by Magaqa.

At the appeals hearing, the league argued that mitigation had been part of previous disciplinary cases involving ANC members, including the one involving the league’s former Limpopo chairperson Lehlogonolo Masoga. The league also pointed out that Ramaphosa had presided over cases in the past where mitigation was presented.

The league also argued that the complainants had failed to show how the youth league violated ANC policy when they called for regime change in Botswana, pointing out it was not enough to use Southern African Development Community and African Union policies to charge youth league leaders.

It is understood that Ramaphosa asked why the youth league was not afforded the opportunity to present mitigating arguments before the rulings were made.

An ANC member close to the proceedings said that, if the appeal’s committee accepted the league’s argument for mitigation, the case might be dismissed or send back to the disciplinary committee, chaired by deputy minister of agriculture Derek Hanekom, for review.

ANC spokesperson Keith Khoza refused to comment on Abrahamse’s email or the youth league’s letter to the ANC, saying the matter was still under consideration. Abrahamse was unavailable for comment.

Ramaphosa said in a statement that he would announce the outcome of the hearing “in due course”.