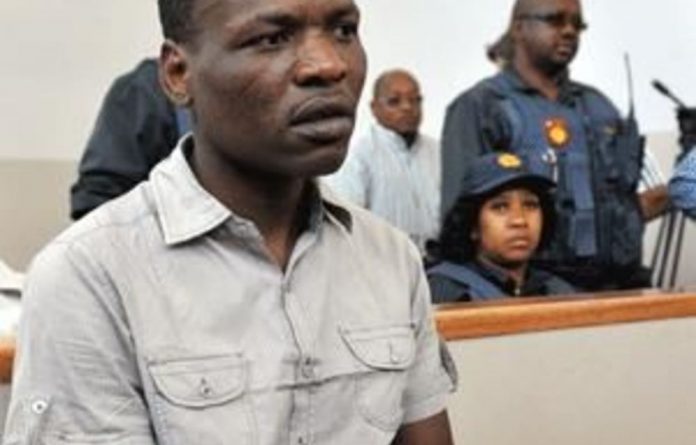 This was put to Terre’Blanche’s widow Martie on Tuesday when she was being cross-examined by Chris Mahlangu’s lawyer, Kgomotso Tlouane.

“It is totally unacceptable. Eugene would never in his whole life do something like that,” she said.

“If I look at his integrity and his political view it is absurd,” she replied.

Threatened divorce
Mahlangu and a minor are accused of beating and hacking the Afrikaner Weerstandsbeweging leader to death in his farmhouse outside Ventersdorp on April 3 2010. Both have pleaded not guilty to murder, housebreaking and robbery with aggravating circumstances. Mahlangu claims he acted in self-defence. The teenager has denied involvement in the crime.

Norman Arendse, for the minor, asked Martie if it was true that she and her husband did not live together like man and wife. She denied this, saying he stayed at the farm when there was work to do or no one to look after the cattle.

Asked whether she had been contemplating divorce, Martie said: “I threatened him [with divorce] one day and he told me his whole life would fall apart. I would never have divorced him.”

She made the threat in 2010 because she did not like it when he was drinking.

Earlier Tlouane questioned her about the living conditions of the two accused, the food they ate and her late husband’s salary arrangements.

Minimum wage
Martie said Terre’Blanche never paid his workers on a Friday as they would spend all their money over the weekend.

“Eugene tried to help them [the workers] because their money was finished within a day.”

Tlouane confirmed no salaries were paid on the date of Terre’Blanche’s murder. He said Mahlangu claimed he was not told about the salary arrangement.

Martie said she knew Mahlangu’s salary was less than the prescribed minimum wage, adding: “He was willing to work for that. It was his choice to leave the job if he didn’t want it.” — Sapa