Romney surges ahead with big win in Nevada 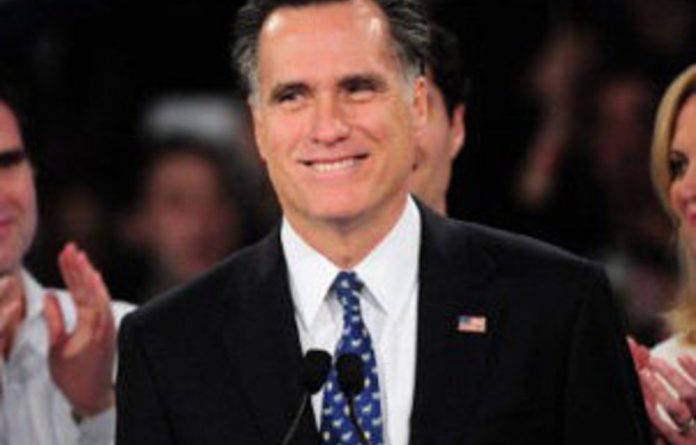 But his main rival, former House speaker Newt Gingrich, who came in second place, vowed to fight all the way to August for his party’s nomination, which he insists he can still win.

The results come as the candidates prepare for three more state polls this week, with experts predicting that Romney and Gingrich will likely duel right up to the party’s summer convention in Florida.

In his speech, Romney failed to mention a single one of his Republican rivals, training his attacks solely on Obama — in a clear sign that he wants to reassert his above-the-fray frontrunner status.

“This president’s misguided policies made these tough times last longer,” he said. “America needs a president who can fix the economy because he understands the economy, and I do, and I will.”

But Gingrich vowed to fight on, saying that he hopes to draw equal with frontrunner Romney in delegate numbers by April — and blamed Romney for rumors that he might withdraw.

“We will continue the campaign all the way to Tampa,” he said, referring to the Republican Party convention, which takes place on August 27.

He pledged to battle for “a series of victories which by the end of the Texas primary [on April 3], will leave us about at parity with governor Romney, and at that point forward to see if we can’t actually win the nomination.”

The Republican candidates are fighting to win the most of the 1 144 delegates in Tampa. So far Romney has 95, Gingrich 30, Paul 13 and Santorum 10. It was not immediately clear how many each will get of Nevada’s 28 delegates.

Gingrich, who scored an upset win by taking South Carolina last month, is battling to stay in the race in the face of Romney’s superior funds and well-oiled campaign machine.

And David Damore, assistant professor of politics at the University of Nevada, Las Vegas, predicted that Gingrich will indeed stay the course — but warned he has to make gains by Super Tuesday on March 6 to stand a real chance.

“I don’t think he will ever drop out, nor Paul. If he does not show anything then he will be irrelevant after Super Tuesday. But if he does, Tampa will be fun!” he told AFP.

Romney’s win in the Silver State — helped by a large Mormon community which shares his faith — came four days after his crushing win in Florida. It was was his third victory over Gingrich, after New Hampshire and Florida.

Three states will vote on Tuesday — Colorado, Minnesota and Missouri — and Romney hopes the Nevada win will help him sweep into the heartland states where unemployment and the struggling economy are top issues.

He also hopes that voters will forget last week’s gaffe — his latest – -in which he said he was “not concerned” about “very poor” Americans.

Romney insisted the context of his comments showed he was concerned about all Americans, but his focus is on middle class voters who have been worst hit by a recession and sluggish US recovery after the 2008 global downturn.

The remarks about the poor sparked new accusations that the wealthy former venture capitalist, who lives off his investments, is out of touch with ordinary voters.

Romney also raised eyebrows after he released tax filings showing he earned $20-million from his investments in 2010 and paid just 13.9% in taxes — a lower rate than many struggling Americans.

But voting in Las Vegas on Saturday, 73-year-old Carl Lindstrom said the former Massachusetts governor would also get his vote. “I think he has the presence, the prestige, the knowledge.” — AFP