Private schools are not the answer 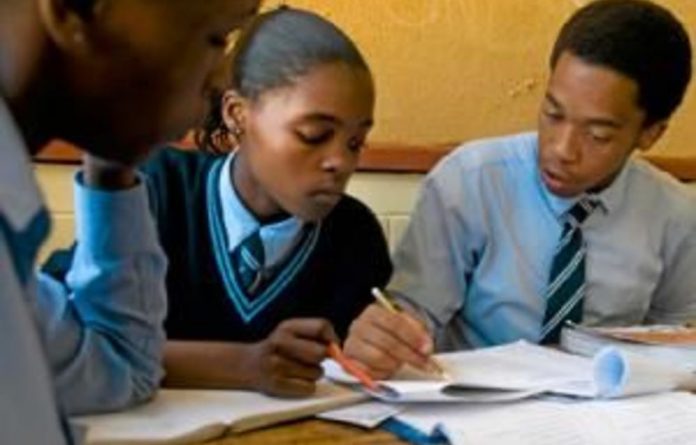 I’m sure it surprises no one to learn that there is a crisis in the South African education system. If current trends continue then only 60% of South Africa’s roughly 12-million pupils are likely to pass matric.

In fact, it’s worse than that, because this average pass rate obscures the fact that in certain provinces (notably Limpopo) matrics are more likely to fail than to pass.

And there’s another factor to add to the mix: After grade 9 (the last year of compulsory education) roughly 15% of students drop out of school. That’s roughly 1.8-million students who simply leave the education system. Most will never return.

It is clear that things are not going as well as they should.

A frequently cited cause is the lack of good teachers. In September of last year, Basic Education Minister Angie Motshekga was fuming because research suggested that some teachers were only teaching for half of their working day.

Other research suggests that many teachers are under-qualified or employed in posts they are not equipped to handle.

The cause of the teacher shortage is not hard to find: just ask someone if they want to be a teacher. The look of surprised horror that will, most likely, appear on their face is an eloquent indicator of how appealing the profession of teaching has become.

Sadly, when one points out that teaching is an extremely stressful job with poor pay and no prospects for advancement there is always someone who responds that none of this matters because teachers get holidays (perhaps they can use that time to find another job) and, anyway, teaching is a “vocation”.

But, back here in the real world, the fact is that the number of teachers entering the profession is spiralling downwards. Additionally, more and more teachers are leaving teaching to find a job where the hours aren’t 8am to 4pm with 2 hours of homework (to mark).

A second cause of the education crisis (also cited by Motshekga) is mismanagement. A lack of properly trained teachers inevitably leads to a lack of good principals. So even though we spend 5.5% of our total GDP on education many of those resources are wasted.

It seems clear that if we want to fix education we need to attract good teachers and use our resources more effectively.

Private setting
Some feel that private schools may be the answer. As with any business, a private school has to use its resources efficiently; the increased profitability this creates allows such schools to offer better salaries and attract the best teachers.

Of course private schools typically charge high fees that are out of the reach of most of the population (less than 3% of our country’s pupils attend a private school).

However, there is no reason why things have to be this way. It has been suggested that greater efficiency could be achieved by privatising all of South Africa’s schools, and letting them fight it out.

Under such a system every pupil would be given a voucher, paid for by the government, which could be used to secure an entrance into any school they choose. The better a school performs the more pupils it attracts, and the greater its profits are. These increased profits allow it to expand and thus cater to yet more students.

But mismanaged schools unable to use their resources efficiently to offer a good quality of education, would face steadily decreasing enrolment until they starved to death, which is really all they deserve.

The good would thrive and the bad would wither away. On paper this system looks pretty good.

Unfortunately, it isn’t. In fact it’s worse than useless: it would be actively harmful to our nation’s children.

I’m sure you see what I’m getting at. Any student who struggles at school, any student with a behavioural problem, learning difficulty or physical impairment, would not be welcome in one of the top schools because they would consume more resources than the “better” students and thus lead to decreased profits.

So these students apply to the mediocre schools and most are accepted. Here they receive a middling education to go with their middling performance. They are unlikely to get the educational support they need because the mediocre schools don’t have the funds. After all, if they ever want to compete with the top schools they can’t afford to waste money on “problem” students, right?

And then there are, inevitably, the students whose challenges are so severe that the mediocre schools turn them away, and they are forced to go to the crap schools.

These are the schools that would just barely be clinging to life under this system, where the lack of educational resources is matched with mathematical precision by the need of the students for precisely those resources. They are the dumping grounds for the needy, the handicapped, the traumatised — and it is here that the really bad teachers find their home.

Private schools are great, and if you went to one count yourself lucky. But there is no way they can be the solution to the crisis in education. We shall have to find another way.