Nairobi from dusk to dawn 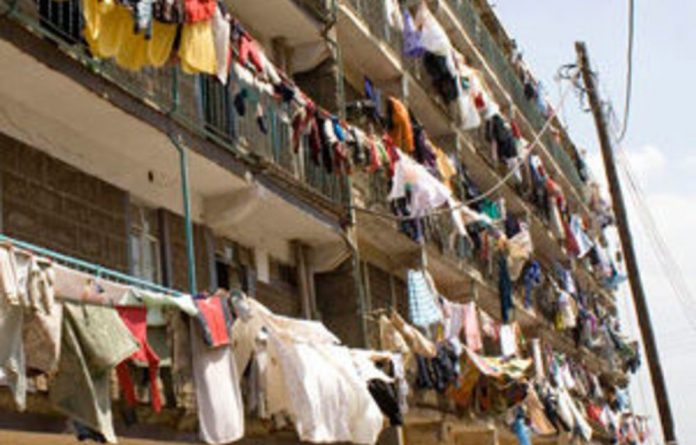 ‘Slightly over a century old, Nairobi is as new as its people. It is a city of immigrants, of outsiders — ­people who claimed the city by right of temporary occupation and money.”

So begins an essay in the Kenyan literary journal Kwani? (The kiSwahili word means “So?”, thus the question mark.)

If we substitute the name Nairobi with the name Johannesburg in the essay, the sentiments expressed by Parselelo Kantai would not jar as a portrait of the dear old city.

The latest edition of the journal explores Nairobi’s nooks and alleys, its highways and byways, its ­suburbs and slums. The examination — unblinking and voyeuristic — is of a moving and varied cityscape. It is an idea of the city that you will not encounter in tourist brochures or in the files of fat-cat city bureaucrats.

Unpredictable beauty
The library of pictures the innovative people at Kwani? came up with paints a picture of an ugly city, but it also portrays a city with an unpredictable beauty. Nairobi is a city that is there for you to see, but it is also a city with its own invisible and internal logic, a place with an ­insidious underground. It is a city of buoyant, ­carefree life, but also a city where people daily die.

The project — pictures and essays — involved commissioning 13 ­photographers to shoot Nairobi over a period of 24 hours, from dawn to dawn.

The photographers came back with 13?000 photographs and Billy Kahora, Kwani Trust’s managing editor, and other curators from the collective sat down to decide which photographs would go into the ­journal.

“This book is an expansive lens impatient with ‘development’ discourse. It celebrates Nairobi through lives rather than statistics, highlights city spaces not as repositories for international development agendas and experiment, but as sites of ­multiple stories and identities and ongoing temporalities,” writes Kahora in the preface to the journal.

Challenging mental clichés
In an interview this week, Kahora said the project was carried out “to provide a contemporary visual and textual ­narrative of the city of Nairobi”. He said it “set out to challenge mental clichés of what a modern African city, specifically ­Nairobi, is all about. Romantic tourist-postcard images of wildlife, savannah and sunsets were ­banished; the city’s people were foregrounded as its key characters.”

Asked why the photographs were taken over a 24-hour period, Kahora replied: “Visual ideas of Nairobi have largely been subject to temporal ­clichés that do not recognise the city as part of a diurnal-nocturnal cycle of life.”

Yet a “real” city is not frozen in that limiting way, because “in between day and night sunsets are captured as beautiful if not tragic; sunrises show off everyone going to work to build the nation chugging to an invisible advertiser’s jingle”.

The collective at Kwani? wanted “a chronological recording over 24 hours [that] can give a sense of the rhythms, continuity [and] self-reflexive order that images from without tend to ignore by highlighting ­atavistic freeze-frames that resort to clichés about the African city”.

More information about the journal, images and related events in Nairobi can be found at kwani.org