Romney to step up campaign after losses 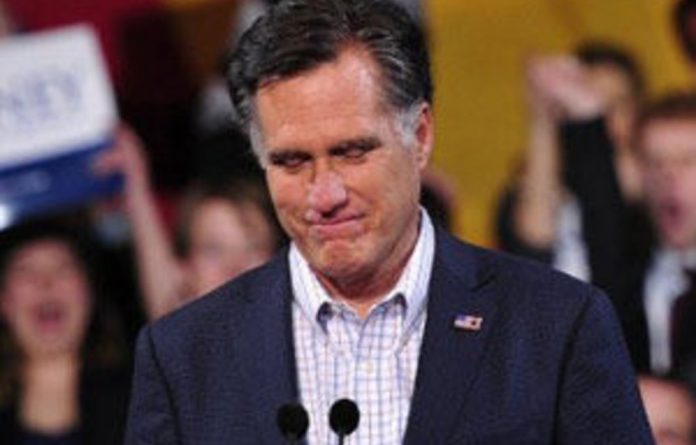 Many US Republicans may have growing concerns about their presidential front-runner Mitt Romney but no one is pushing the panic button — yet.

That could change quickly, however, if Romney does not reverse Tuesday’s three-state losing streak to Rick Santorum by winning in Arizona and Michigan on February 28, and then having a strong showing in 10 “Super Tuesday” contests on March 6.

Romney’s losses on Tuesday — by 5 points in Colorado and by blowout margins of 20 in Missouri and 28 in Minnesota — were marked by low voter turnout and gave new life to questions about his ability to inspire conservative Republicans who distrust him for his tenure as governor in liberal Massachusetts.

Another stumble, the strategists said, could cause many in the party’s establishment to rethink their backing of Romney and remind them of why they doubted him to begin with.

“A Romney loss in Arizona would cause alarm,” said Republican Dan Schnur, an aide to John McCain during his 2000 presidential bid. “A loss in Michigan,” where Romney’s father was an auto executive and governor, “would be all-out panic”.

A key question for Republicans: If not Romney, even a weakened Romney, who else could be the party’s nominee?

Prohibitive favourite
Romney still is widely viewed as the prohibitive favourite to win the Republican nomination, in part because of doubts that any of his three rivals — Santorum, Newt Gingrich and Ron Paul — could win a national election.

Santorum, a former senator from Pennsylvania, is a strict anti-abortion, anti-gay marriage social conservative whose lucrative career as a Washington consultant is only now beginning to come under attack from Romney.

In 2006, Pennsylvania voters rejected Santorum’s bid for re-election by 18 points.

Gingrich, a former House of Representatives speaker, has been battered by pro-Romney attack ads that have focused on Gingrich’s ethics violations in Congress and his work as a $25 000-a-month consultant for mortgage giant Freddie Mac.

The libertarian-leaning Paul, a Texas congressman, has a loyal core of supporters. But his appeal is limited even within the Republican Party, in part because he wants to dramatically limit the US role in foreign affairs and significantly scale back the military’s presence overseas.

Other potential alternatives to Romney — such as New Jersey Governor Chris Christie and Indiana Governor Mitch Daniels — are mentioned occasionally, but both have said they have no plans to enter the race. Christie has endorsed Romney.

For Romney, the formula for warding off doubts about his candidacy is simple: win more states.

“When there are concerns about a candidate, the only way to put them to rest is to win,” Schnur said. “There is nothing wrong with Mitt Romney that winning a bellwether state like Ohio won’t cure.”

Tough to beat
Ohio, a crucial battleground in each general election, is one of 10 states being contested on Super Tuesday, when Romney’s big financial and organisational advantage is expected to make him tough to beat.

He also will be a heavy favourite a week earlier in Michigan, where he grew up, and in Arizona, where he finished second during his failed 2008 campaign to native son McCain.

But Romney was a heavy favourite on Tuesday in Colorado and Minnesota, too.

During a presidential campaign, every front-runner loses some states and many Republican strategists are not concerned that a long and bitter primary campaign would harm the party in a fall showdown with Obama and Democrats.

“I’d rather my nominee be someone who has proven he can take a punch or two and emerge stronger from it,” said Scott Jennings, a Republican strategist from Kentucky. “If Romney takes these punches and forges ahead by building a stronger campaign … that appeals to critical independent voters in swing states, I think we’ll look back on this and say that the process was ultimately a good thing.”

There are signs, however, that the bruising fight is taking a toll.

Turnout was down again in Tuesday’s voting compared with 2008, indicating Republicans’ enthusiasm for their own candidates may not match their desire to beat Obama.

Romney’s vote totals were down dramatically in all three states compared with those he posted as a candidate four years ago.

Fundamentals have changed
Meanwhile, national polls indicate that the percentage of independent voters who view him negatively has risen in recent weeks. Obama’s campaign issued a memo from pollster Joel Benenson, cheerfully noting the decline.

“If Romney can’t win Republicans now, how is he going to win independents in November?” said Republican strategist Ford O’Connell. “He had a chance to knock this race out of the park and he hasn’t done it.”

Even so, few leading Republicans think the fundamentals of the race have changed since Romney began the process as the front-runner.

If Romney is nominated and can keep the fall campaign focused on the struggling economy and unemployment, he could defeat Obama, they say.

“There is a persistent lack of enthusiasm about Romney, I buy that. But is it enough to unravel his campaign? I don’t think so,” said Fergus Cullen, the former state party chairperson in New Hampshire.

Steve Grubbs, a former Iowa state party chairperson, said that “once you get the nomination, the party structure rallies around you and it becomes a completely different dynamic.

“Ultimately you have the convention, they look like rock stars, they do a bus tour, throngs of people crowd around and suddenly they look like demigods instead of mere mortals.” — Reuters