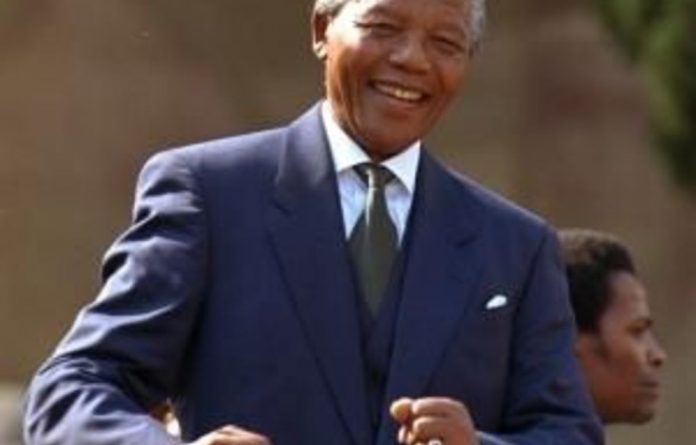 All of the new South African bank notes will bear the image of former president Nelson Mandela, President Jacob Zuma announced in Pretoria on Saturday.

Saturday marks the 22nd anniversary of Mandela’s release from prison on February 11 1990.

Market talk had been that the central bank was minting a new coin in honour of Mandela to commemorate this exact occasion and the Mail & Guardian cited sources as suggesting the announcement would likely be of a celebratory nature and possibly related to Mandela.

Speculation about the announcement earlier spooked the rand, with a tumble of over 2% against the dollar on Friday after SARB signalled there would be an important weekend announcement, sparking panic selling of the rand and spooking bond traders into pulling their prices.

Still being produced
“Once the rumours started to fly about the central bank we saw some panic buying, offshore banks especially were nervous about that, buying dollars,” a local currency dealer had said.

Following reassuring remarks from bank officials, who indicated that the news would not be about interest rates or resignations, the rand made a quick rebound.

The rumour mill also put forth that Reserve Bank governor Gill Marcus might be stepping down as the last time the Reserve Bank called an urgent meeting on the weekend was in July 2009 when Zuma announced Marcus’s appointment as governor to replace Tito Mboweni.

Marcus said officials consulted widely on the notes, speaking to a number of people including Mandela’s former wife Winnie Madikizela-Mandela.

Zuma said the notes were still being produced.

“It is an appropriate commemoration of … Mandela’s contribution to the birth of democracy in South Africa, as well as his considerable positive impact on national reconciliation,” Democratic Alliance MP Tim Harris said in a statement.

However, Harris said it was regrettable that such a happy announcement was made in a manner that increased uncertainty in financial and currency markets.

While Reserve Bank Governor Gill Marcus apologised for the confusion, Harris said in future, the Reserve Bank, the National Treasury and the Presidency needed to be more “sensitive ” to the impact when scheduling announcements such as these.

Investec said the banknotes were a fitting tribute to the icon.

Economist Annabel Bishop welcomed the news but said it was a damp squib for markets with the announcement being made out of market hours.– Sapa, Reuters

Mpofu’s ‘shut up’ outburst was way out of line: Zondo

A major cabinet reshuffle is on the cards