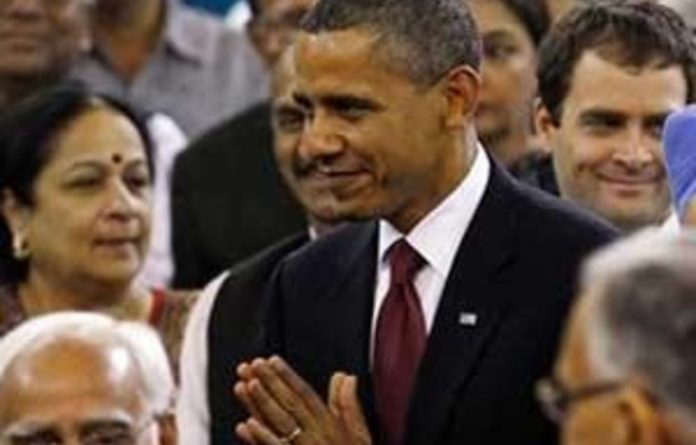 US President Barack Obama on Monday unveils a budget packed with populist tax hikes on the rich and infrastructure and jobs spending designed to outmanoeuvre Republicans before he seeks re-election.

The measure, including billions of dollars in transportation and education and training projects, is expected to put the emphasis more on securing the accelerating US economic recovery than early cuts in the huge deficit.

But Obama’s bid to give Americans what he calls a “fair shot” in an economy he sees as weighted towards Wall Street and the wealthy was already drawing claims of gimmickry and political opportunism from Republicans.

“I think that there’s pretty broad agreement that the time for austerity is not today,” said White House Chief of Staff Jacob Lew on NBC’s Meet the Press on Sunday, though noted Obama was calling for $4-trillion in long-term deficit cuts.

“We need to be on the path where over the next several years we bring our deficit under control.

“Right now we have a recovery that’s taking route and if we were to put in austerity measures right now it would take the economy in the wrong way.”

Republicans will use Obama’s budget, for fiscal year 2013, as ammunition for their argument heading into November’s election that Obama is a prophet of a big spending government that is not consistent with core American values.

Spending agreement
The Obama budget is being seen on all sides as a partisan document that has little chance of being voted into law.

Democrats in the Senate say that they will not bring it up for a vote because the government is already financed through the next year on the basis of a spending agreement reached with Republicans in September.

“Senate Democrats haven’t passed a budget in a thousand days even though the law requires it,” McConnell said.

“So I intend to offer the president’s budget for him so he’ll have a chance to get a vote on it.”

Obama will travel to the suburbs of the crucial presidential election swing state of Virginia on Monday to unveil the budget and highlight an $8-billion plan to forge partnerships between community colleges and businesses to train two million workers for high-demand industries.

Low wage economies
The plan is a part of an effort by the White House to return jobs in the industrial and other sectors to the US that have fled to low wage economies in the developing world.

The proposal calls on Congress to back the Buffett rule, named after billionaire financier Warren Buffett, designed to ensure no household earning more than $1-million a year pays less than 30% in taxes.

It also renews Obama’s call for the George W Bush-era tax cuts to be repealed on Americans earning more than $250 000 a year.

Obama’s repeated attempts to repeal the Bush tax cuts and to bring in higher taxes for the rich have always foundered in Congress where they are opposed by Republicans.

Officials said the plan will also again call for a Financial Crisis Responsibility Fee levied on the largest banks and finance firms to compensate taxpayers for government bailouts during the financial crisis.

The proposal has in the past been blocked by Congress and appears to have little chance of being enacted now.

Fair fight
The plan will project a $1.33-trillion deficit for the current fiscal year, an administration official said.

Obama’s last annual budget before he seeks re-election in November will also project a $901-billion deficit for fiscal year 2013 (beginning October 2012) and will frame his campaign trail message of a fair fight for all.

Obama also resubmits portions of his American Jobs Act, which has foundered in Congress, to accelerate employment creation amid signs the economy is finally speeding up. Unemployment fell to 8.3% in January giving Obama’s re-election prospects a boost.

The president also renews his call for a boost to infrastructure spending which has again, had a tough ride in Congress.