The beauty of the very best ideas 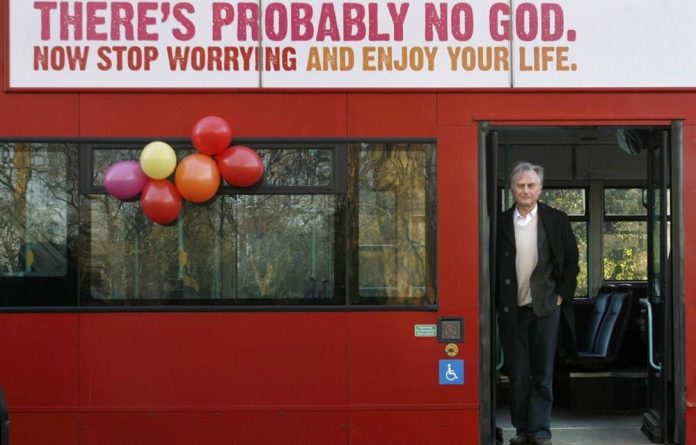 Darwin’s theory of evolution by natural selection, Einstein’s reinterpretation of the cosmos through general relativity and the idea that we live in one of an infinity of universes are some of the most elegant and beautiful human ideas, according to a group of the world’s leading thinkers.

These ideas, and almost 200 others, were the subjects of a series of short essays collated by the web magazine Edge, which invites people including scientists, artists, journalists, historians and philosophers to address a grand question every year. For 2012, Edge editor and literary agent John Brockman posed the seemingly simple question: “What is your favourite deep, elegant or beautiful explanation?”

The responses included established scientific ideas and theorems, maxims for the way societies operate, as well as considerations of what it means for something to be beautiful in the first place.

Richard Dawkins, the Oxford University biologist and author, led the charge in support of Darwin’s theory, which he said won hands down in terms of elegance because it had the power to explain much while assuming little.

“The ratio of the huge amount that it explains (everything about life: its complexity, diversity and illusion of crafted design) divided by the little that it needs to postulate (non-random survival of randomly varying genes through geological time) is gigantic,” wrote Dawkins. “Never in the field of human comprehension were so many facts explained by assuming so few.”

Frank Tipler, professor of mathematical physics at Tulane University in New Orleans, chose the idea that there are an infinity of universes parallel to our own, containing individuals exactly like us.

“There are an infinity of Frank Tiplers — individuals exactly like me — each of whom has written an essay titled ‘Parallel Universes’, each of which is word-for-word identical to the essay you are now reading and each of these essays is now being read by individuals who are exactly identical to you, the reader. And more: there are other universes which are almost identical to ours, but differ in minor ways: for example, universes in which you the reader (and I the writer!) really did marry that high school sweetheart, and universes in which you didn’t if you did in this universe.”

Watch a single ant, and it doesn’t make much sense as it walks in one direction, suddenly changing to another for no obvious reason.

But a colony of ants is something special.

“Specialised jobs, efficient means of exploiting new food sources, complex underground nests with temperature regulated within a few degrees. And, critically, there’s no blueprint or central source of command. Each individual ant has algorithms for their behaviour.”

Out of this emerges an efficient colony.

A dilemma raised in 1980 by the British academic David Collingridge was the chosen topic for technology writer Evgeny Morozov. “Collingridge’s basic insight was that we can successfully regulate a given technology when it’s still young and unpopular and thus probably still hiding its unanticipated and undesireable consequences, or we can wait and see what those consequences are but then risk losing control over its regulation,” said Morozov.

The idea, he said, set the tone of many subsequent debates about how people assessed technology and is still unsolved. But it is “one of the most elegant ways to explain many of the complex ethical and technological quandaries — think drones or automated facial recognition — that plague our globalised world today”.

The laws of physics featured heavily in the collection of essays. The chemist and writer Peter Atkins found beauty and elegance in the second law of thermodynamics, which says that all natural events cause an increase in the disorder in the universe.

In total, the disorder of the universe will increase but, in specific places, “structures, including cathedrals and brains, dinosaurs and dogs, piety and evil deeds, poetry and diatribes, can be thrown up as local abatements of chaos”.

Some respondents, such as philosopher Rebecca Goldstein, unearthed deeper questions in their attempt to find beauty.

“Where do we get the idea — a fantastic idea if you stop and think about it — that the beauty of an explanation has anything to do with the likelihood of its being true?” wrote Goldstein. “What do beauty and truth have to do with each other? Is there any good explanation of why the central notion of aesthetics (fluffy) should be inserted into the central notion of science (rigorous)?”

For author and former New Scientist editor Alun Anderson, the concept of “deep time” is most elegant.

“The Earth is extremely old and the life of our species on it has been very short. When that idea first emerged, it stood against everything that was then believed and it was eventually to change people’s view of themselves as much as the earlier discovery that the Earth revolved around the sun.”

If we look into the abyss of time, said Anderson, “we may not grow giddy, but we can simultaneously feel our own insignificance in the Earth’s 4.6-billion-year history and the significance of the precise moment in this vast span of time in which we live”. —

Editorial: Climate control lies with us