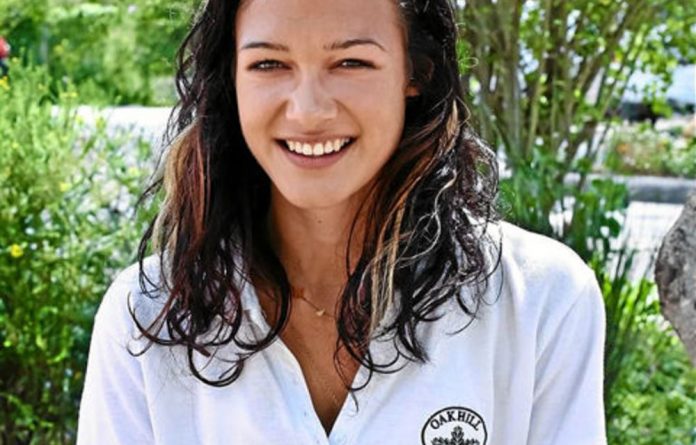 Jo-Li Kotze was born in Paarl and educated in Stellenbosch before being expelled in grade nine. The 19-year-old started stealing at the age of seven and drinking at 13. In grade seven she bunked classes, suffered from depression and tried to kill herself twice.

At 14, she had an 18-year-old boyfriend and smoked cigarettes with her best friend. “It went from a cigarette one day to weed the next week, to acid and ecstasy the next month,” she said. After a while, “it all went really dirty. I was throwing up every ­day and every night, mixing weed and alcohol. I started each day

with a joint — ‘wake and bake’ — and we would lace it sometimes — spray weed with Doom and smoke it.

“When I was using it, I had no inhibitions when it came to guys. It didn’t matter who, what, where.”

Surviving suicide attempts
As a child, Kotze witnessed violence, but does blame others for her subsequent actions. She hated anger because of how she had seen angry people behave. “I sort of suppressed my anger to such a point that I was numb. Drugging helped keep me on a plane of numbness.”

She displayed the healed cuts and burn scars on the insides of her arms.

A third suicide attempt resulted in a week in hospital and admission into a children’s rehabilitation centre. Kotze snorted a patient’s Ritalin (a psychostimulant drug), ran away and returned drunk and stoned.

Days later she was sent to the Serenity Care Centre, outside Sedge­field, for 10 months of drug rehabilitation. She subsequently moved to Mosa-ico, a treatment facility run by clinical psychologist Gus van Niekerk, which promotes integration with society.

Kotze said Van Niekerk “saved my life”. Clean for three years now, she said the best thing about Mosa-ico was the emotional support it fostered. “I like helping people emotionally. It’s what Gus does. When you start exploring your emotions it’s painful. Then it moves to tolerable but is nerve-racking. And then it becomes exciting because all emotions are beautiful. We just hide them because we think we have to.”

Living in a communal house
Residents of Mosa-ico live in three communal houses in Sedgefield while they work or attend school. Kotze, who never struggled academically, was enrolled at Knysna’s independent Oakhill School against her will and refused to wear the uniform until matric.

Former drama teacher Jaci de Villiers was her first friend there. “She lifted everything. She encouraged my questioning and whatever I was passionate about. She showed me that, even in the real world, there are people who accept your thoughts and feelings.

“Here in Mosa-ico they want you to share the darkness and lightness in you. But then you go out into the world and it’s like no one can see it and then that brings you back to drugging. But Jaci helped me to see that there is no such thing as socially inappropriate feelings,” said Kotze.

Getting serious
Six months ago Kotze stopped resisting school. “I suppose I just started loving history. And I’d always loved drama and English.”
Oakhill’s principal, Shane Kid­well, was “blown away” by Kotze’s results and her “immense determination”. As a rule, Oakhill does not accept recovering addicts, but kidwell likes to see the potential in every applicant. The school worked closely with a consultant psychologist and parents and had a “zero tolerance policy regarding relapses”.

Jo-Li Kotze, who celebrated passing her matric by going out for a milkshake, has been accepted to study drama therapy at Rhodes University.