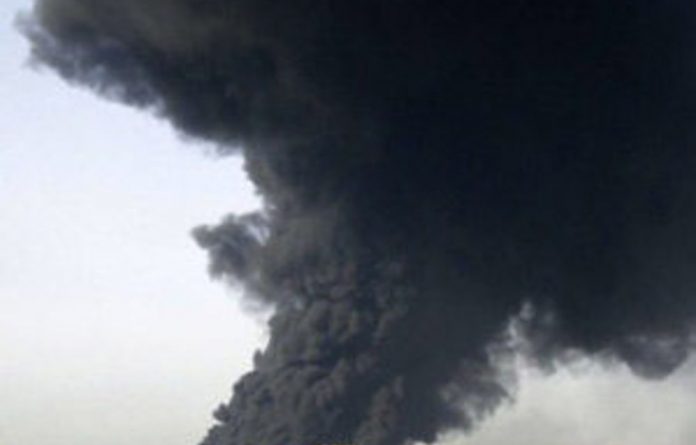 Syrian troops attacked rebel strongholds in Dera’a on Thursday where the uprising against President Bashar al-Assad erupted nearly a year ago, and the UN chief said crimes against humanity may have been committed in Syria.

The assault on Dera’a followed a push against rebels in the cities of Hama and Homs, which has faced nearly two weeks of bombardment from Assad’s forces, in an apparent drive to crush the 11-month-old uprising against his rule.

Assad has intensified a crackdown on protesters and insurgents, while also setting a February 26 referendum on a draft Constitution that would end the Baath Party’s monopoly on power, to be followed by a multi-party parliamentary election.

Syria’s opposition and Western powers dismissed the promised reforms and UN secretary general Bank Ki-moon, speaking before a non-binding vote at the UN on a draft resolution aimed at increasing pressure on Assad, said potential crimes against humanity were being carried out in Syria.

China, which along with Russia blocked a draft resolution at the UN Security Council backing an Arab call for Assad to step aside, said it was sending a senior envoy to Syria.

“[China] does not approve of the use of force to interfere in Syria or the forceful pushing of a so-called regime change,” Vice Foreign Minister Zhai Jun said.

An authoritative Chinese newspaper, apparently responding to criticism of the Chinese and Russian vetoes, said on Thursday that meddling in Syria by foreign powers risked stirring up a hornets’ nest of bloodshed and instability in the region.

The commentary in the People’s Daily, the mouthpiece of the ruling Communist Party, carried an author’s pen name that is often used to state Beijing’s foreign policy stance.

World powers must handle Syria and tensions elsewhere in the Middle East with a sense of realism, the paper said, adding that the spread of conflict would be a “catastrophe” in a crucial phase of global economic recovery.

“The Middle East is the world’s most important fuel depot. If gripped by chaos, oil prices would skyrocket, shocking the stock market, financial systems and economies,” the paper said.

After bombarding Homs for nearly two weeks, the military has begun a new offensive in Hama, a city with a bloody history of resistance to Assad’s late father Hafez al-Assad. Activists said at least 14 people were killed in bombardment of the nearby town of Kfar Nubouzeh on Thursday.

The state news agency said security forces “chased and fought an armed terrorist group in the Hamidiya neighbourhood of Hama that has been terrifying citizens” and arrested some of its members, who had assault rifles and rocket-propelled grenades.

Under attack
In Dera’a, a city on the Jordanian border, the sound of explosions and machinegun fire echoed through districts under attack by government troops, residents said.

“The army bombardment started around dawn and after that exchanges of fire occurred,” Hussam Izzedine, a member of the Syrian human rights organisation Sawasiah, said from Dera’a. He said the rebel Free Syrian Army has been providing security for protests in some parts of the city.

The Syrian Observatory for Human Right said three members of the security forces were killed in clashes with army deserters.

An army offensive in April put down large demonstrations in Dera’a, which had been provoked by the arrest of several women activists and the detention of schoolboys who had written freedom slogans on walls, inspired by other Arab revolts.

Assad’s offer of a referendum on a new Constitution in two weeks’ time, leading to multi-party elections within 90 days, drew scornful rejections from the opposition and the West.

The Constitution would allow the president to be elected for two seven-year terms. Assad’s father Hafez was president for 29 years and was succeeded by his son when he died in 2000.

Thousands of civilians have been killed since the uprising began in March. The government says more than 2 000 soldiers and police have been killed by foreign-backed “terrorists”. — Reuters