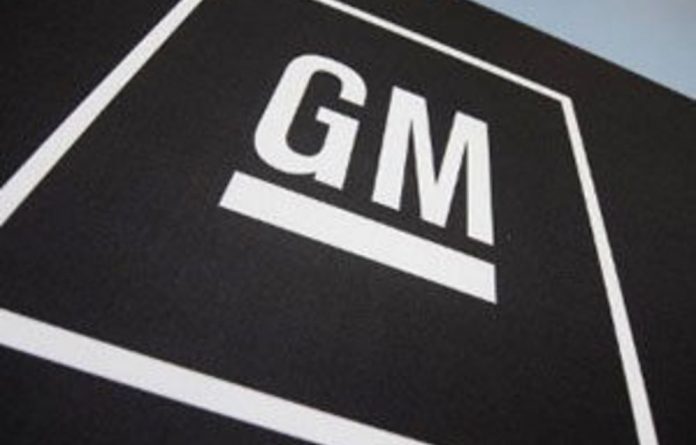 Twenty-five South Africans who suffered at the hands of the apartheid security police have claimed a small victory after a United States court ratified a settlement between the claimants and a bankrupt General Motors.

It is claimed that the corporations produced parts of vehicles that were used by the apartheid police to carry out assassinations of activists and brutal raids.

In a “show of good faith”, General Motors negotiated a “without prejudice” settlement with the claimants, despite the fact that the bankruptcy court in the US ruled that they had no claim. The result of this negotiation was finalised by a US court on February 27.

The victims have been represented by the Khulumani Support Group, a lobby group for financial reparations for victims of apartheid, and Lungisile Ntsebeza, brother of leading lawyer Dumisa Ntsebeza.

The Mail & Guardian understands the total amount of the settlement is $1.5-million, to be split between the Khulumani group and the claimants represented by Ntsebeza.

Charles Abrahams, attorney for Khulumani, told the M&G: “The settlement is a small amount. It was a show of good faith on the part of General Motors, considering that they are bankrupt.”

Bullet wounds
Mama Elsie Gishi lives in the poor surroundings of Nyanga, Western Cape with her children and grandchildren. The scars from bullet wounds in her head and chest are a permanent reminder of the brutality she suffered at the hands of the security forces under apartheid rule. She was shot in the 1970s when security police, looking for her husband, burst into her house and opened fire.

Gishi (80) still receives medical treatment every second month for the injuries she sustained. She said most of the money would go towards paying her medical bills.

“It’s about time. We are dying here,” she said when told the news of the settlement.

It has been 10 years since the lawsuit was first lodged in November 2002 and the General Motors settlement is the first glimmer of hope for the claimants.

There are still cases pending in the Second Circuit Court of Appeal in New York against Ford Motor Company, IBM, Daimler AG and Rheinmetall, Abrahams said.

“It’s far from over, but we hope that this settlement motivates the others to reconsider their positions,” he said.

A law in US called the Alien Tort Claims Act, which seeks to codify customary international law, protects basic human dignities.It allows non-US citizens to bring cases against non-US citizens in a US court.

The original damages suffered and claimed for were human rights violations including assassination and murder, indiscriminate shooting, prolonged detention without trial, torture and rape (in detention). An additional damage of “denationalisation” (deprivation of citizenship) was later included.

Abrahams praised the South African government’s recent support of Khulumani’s legal action. In September 2009, Justice Minister Jeff Radebe wrote a letter to the US District Court to confirm that it recognises the court as the best forum to hear the case. This after then president Thabo Mbeki and his justice minister Penuell Maduna in 2003 distanced the government from the litigation, saying it would damage foreign investment in the country.

Shirley Gunn, director of the Human Rights Media Centre on Wednesday appealed to the government to get behind the claimants as they continued their class action suit.

“People are frail. They are literally dying while waiting for this to be resolved. Two of the 13 claimants have died already, and the rest are very old,” Gunn told the M&G.

“The problem is we can’t get to New York. The big companies come in with a team of legal representatives. It really is a case of David versus Goliath.”

Gunn said the payout to Khulumani will be put into a trust and each claimant will receive a small amount of about R10 000 each. “The rest of the money will go towards the benefit of Khulumani members as a whole.”

To fight Covid-19, we must fight intellectual property, trade and investment rules

Ramaphosa under pressure to support reparations for apartheid victims