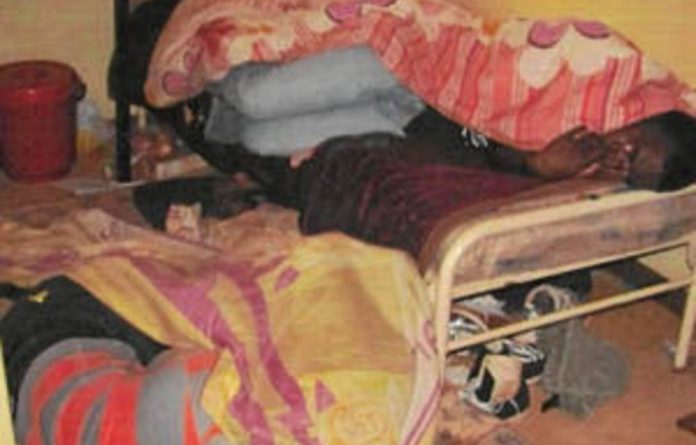 Thousands of mainly poor, black students have to live in such appalling conditions that it is a “major miracle” they manage to pass any academic courses at all.

This was the horrified assessment this week of Iain L’Ange, one of the researchers of the shocking report on student accommodation that Higher Education and Training Minister Blade Nzimande released on Wednesday.

Higher Education Minister Blade Nzimande has released a shocking report revealing the inadequate accommodation SA universities provide for many of its students.

L’Ange visited most of the 22 residential universities and their 50 campuses that form the basis of the report, he told the Mail & Guardian.

The report assesses in graphic detail, backed up by photographs, the conditions in which many of the 535000 students live in university-supplied accommodation and private lodgings. As a distance-education university, Unisa and its 300000 students were excluded.

Among the report’s findings is that some students are “starving” and many go for days without meals while living in accommodation that is “squalid”.

“That should be seen as a matter of national shame,” said L’Ange, director of residential operations at Rhodes University. “We didn’t set out on our research looking for it, but it [student hunger] leapt into our faces when we visited campuses.”

Only 30% of the students who needed accommodation in fact had any provided by their universities at all, the 300-page report’s detailed audit shows.

More than 300000 student beds nationally would constitute adequate provision, yet only 108000 beds were provided in 2010, the year in which the report’s primary data were compiled.

Ideally, accommodation should be provided for between 50% and 80% of students at any given university — an estimate that varies according to region because of vastly different student socioeconomic backgrounds, the report says.

“Throwing open the doors of learning without providing the minimum support required to ensure a reasonable chance of success is not only irresponsible, but also dehumanising and is negating the very intention of increasing access to higher education,” the report observes.

About half of all students fail to complete their degrees, official data revealed for the first time in 2006.

Young, black, low-income, first-generation university entrants, especially women, account for the huge increase in university enrolments since 1994, the report says. “However, only 5.3% of first-year students, those arguably in greatest need of accommodation, are in residences.”

Yet the condition of on-campus “residence infrastructure and facilities at a number of universities is so inadequate that even the poorest students are being forced to find private off-campus accommodation, or else desperately seek a space in a room already occupied by several other students”, the report says.

But few in private accommodation find themselves any better off. When the researchers visited private facilities in Limpopo, for instance, they were “so atrocious that even the accompanying university officials refused to enter.

“The stench of blocked drains and malfunctioning sewerage systems was indescribable. The students’ rooms were minute, barely big enough for a bed, which consequently must be used also as a desk, a cooking space and a social space.”

The report graphically records how vulnerable many students, but especially women, are because of their accommodation. “Students related stories of theft, assault, rape, prostitution and harassment.

“Student residents, student leaders and university officials alike acknowledged the extreme and varied dangers of such overcrowding, but pointed out that the alternative was for the extra occupants to sleep in hovels or on the streets.”

On the unexpectedly widespread problem of student hunger, the report says: “While campuses are more or less evenly split between those with dining hall facilities and those which are self-catering, poor nutrition and student hunger are issues at all universities.

“About a quarter of all infrastructure, fixtures, fittings and dining hall facilities are … in an unsatisfactory or poor condition.”

In a hard-hitting preface to the report, University of Johannesburg vice-chancellor Ihron Rensburg, who Nzimande appointed in 2010 to lead the research, wrote: “Given such instances of squatting and decay, one wonders why there is such reluctance to act and why this situation has so quickly become the norm.

“Is it because of indifference, or because officials turn a blind eye, or because [university] executives have simply allowed themselves to be bullied into inaction by some stakeholders?”

Among the report’s recommendations is a vast injection of capital. Yet “only taking care of the current backlog without adding any new infrastructure will require R4.4-billion” — nearly one-fifth of the entire higher-education budget for 2011-2012, which was R23-billion.

To address the shortage of accommodation would take the budget into the stratosphere — R147-billion over 15 years, “including escalation for building and increased intake growing at an average of 2% per annum”, the report estimates.

For purposes of comparison, the country’s entire education budget, including schools, is a shade above R223-billion for 2012-2013 — the figure Finance Minister Pravin Gordhan announced last week.

“I was myself scared when I saw the figures on the money needed,” Rensburg told the M&G. “I thought if we published them people would say ‘Wow, what’s he been smoking?’

“But when I asked the research team to run the figures again, they came out the same — even on a low-growth scenario such as merely 2% or 3% enrolment rises over the next 15 years.”

Because needs vary so enormously around the country, Rensburg said, the report proposes “differentiated recommendations” according to region.

In essence, these involve standardising the accommodation grants that the National Student Financial Aid Scheme awards and developing public-private finding models that the report describes in minute detail.

“What is clear is that action needs to be taken to eradicate this problem,” Nzimande’s spokesperson, Vuyelwa Qinga, told the M&G.