The many voices of South Africa’s past 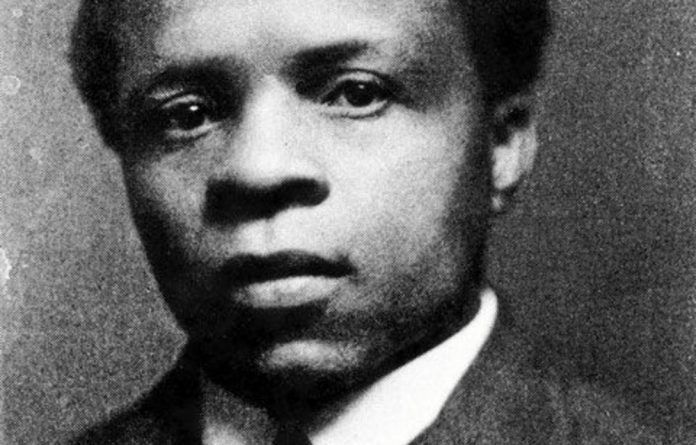 In the 1970s the great Belgian literary historian Albert Gérard called for a multilingual — that is to say, properly national — literary history of South Africa. The fact that we did not have one, he said acerbically, reflected the effects of apartheid on the country’s ­intellectual life.

Gérard himself commissioned and wrote several studies of South Africa’s literatures but they were never brought together in a single volume. Since Gérard, the idea for a book of this kind has haunted ­literary scholars. There have been several attempts, some near misses and a great deal of historiography exploring the underlying causes of this failure.

In January Cambridge University Press published The Cambridge History of South African Literature in the United Kingdom and it will be launched this month in South Africa (see “Join speakers at the launch”). My colleague Derek Attridge and I are the editors and the 43 contributors are from South Africa, the UK, the United States and Australia.

The volume may not meet all the implications of Gérard’s call, but Attridge and I believe it comes closer than any comparable project to date. It aims to provide a comprehensive picture of South African literature from its beginnings to the present, in all the major languages.

The volume is arranged by historical period and theme. The volume’s five periodised sections cover topics including indigenous oral cultures — of the present as much as of the past — European Renaissance re-presentations of the Cape, the Dutch and English literatures of settlement, 18th-century travel writing, the African literature of the mission presses, imperial romance, the emergence of Afrikaans literature, the literature of the Anglo-Boer and the South African War, historical fiction in indigenous languages and English (the Plaatje generation), modernism (in several languages), the apartheid period and its aftermaths including literature of resistance, theatre, lyric poetry, African-language writing, exiled writing, rewritings of the nation and more.

In August 2008 Attridge and I held a workshop with most of the authors at the University of the Witwatersrand when the historio-graphy and the focus of each of the chapters were discussed. Further consultations and cross-referencing were done online and cross-referencing between chapters remains a feature of the book. We wrote the introduction and explanatory headnotes to the various sections after the chapters came in, taking our leads in doing so from the contributors.

The literature of one language
There have been many excellent literary histories of South Africa, but they have tended to refer to the literature of one language: among others, in Afrikaans by John Kannemeyer, in isiXhosa by AC Jordan and in English by Stephen Gray and Malvern van Wyk Smith. Some histories have been bilingual and multilingual, such as DB Ntuli and CF Swanepoel’s account of literatures in African languages. The one attempt at a wholly multilingual history was Michael Chapman’s Southern African Literatures (1996). His was a strong polemic, carried along by his particular emphases and interpretations.

Chapman’s thesis was undeniably sound: the country’s political economy and history have had a unifying effect, producing landmarks of periodisation around which a comparative perspective on the various literatures could be organised. The Cambridge history takes a similar view, but whereas Chapman was constrained by a publisher’s brief that required a single-authored monograph, this volume is purposefully multivoiced. There is no single monocular eye. Isobel Dixon, the literary agent who represents South African authors in London, has compared the book to a giant anthill bristling with voices,
traditions and stories.

Why has such a project stalled in recent decades? The reasons were political and literary-theoretical. The political objection grew from fear that a national literary history would be hegemonic. Any such project, it was felt, could not do justice to the range, complexity and specificity of each of the country’s literatures. Chapman was at the receiving end of some vitriol on these grounds. A similar venture in the 1980s under the auspices of Charles Malan and the Human Sciences Research Council failed for similar reasons, though there were more grounds then to be concerned about hegemony.

The solution to this objection is to assemble a team of authors who represent as wide a range of languages and traditions as possible and to approach the whole project from the bottom up. The Cambridge history aspires to be national in its coverage but it is not nationalist. It is unashamedly nation-building in its purposes, but only in the sense that it contributes to South African higher education and literary research by making available to as wide a readership as possible a generous description of the country’s literary capital. Individual authors take positions, certainly, but these positions jostle against one another for attention.

As the editors, we hope that readers will be able to trace a path through the book, following experts in the field, and build a respectable impression of a particular literature but also that they will find many useful distractions along the way. Canonised figures such as Herbert Dhlomo, NP van Wyk Louw and Roy Campbell are juxtaposed as modernists of the same period. Commercially successful imperial adventure fiction published in London is placed alongside the painstaking growth of Afrikaans and African-language literatures. And so on, with many more examples: continuity is challenged and invigorated by contiguity. In this perspective, the blind spots and failures of mutual influence are as ­telling as the successes.

For some years now literary historiography has flourished in the relative absence of literary history. Which is to say, the question of how to do literary history and whether it could or should be done at all seemed more interesting than actually rolling up the sleeves. This is not surprising: theory always flourishes when empirical research loses its way, or loses confidence. But who was the historiography reaching? The situation can be compared to a hospital at which patients are ­queueing around the block for ­injections and bandages as the doctors retreat into a seminar on ­medical sociology.

Instead of more historiography, what the field needs now is narrative. The myriad stories of South Africa’s literary history need to find new homes in the imaginations and hearts of readers at home, especially young readers, and of the burgeoning numbers of readers of South African literature in postcolonial studies abroad. If the humanities are indeed in crisis, and there are many reasons to believe they are, then what is needed is a fresh ­demonstration of the country’s intellectual history.

The need to contextualise
A device we used to steer discussion and revision was the fiction of “the Beijing reader”. What might the reader in Beijing need to know to make sense of what was happening in the literature? The question encourages the author to inform, to contextualise, to soften the sectarian impulse and to focus on narrative. But this Beijing reader could just as well be the reader in Benoni, Bellville or Beaufort West, for whom the country’s literature is also, largely, a closed book. The Beijing reader is simply the reader of the future, wherever she is located.

The multilingual coverage is constrained, obviously, by the fact that the book is written in English and will be distributed through Cambridge’s networks. How much easier it would be if there were a neutral world language, free of historical baggage. There isn’t one. It is a painful thought that English will be the medium through which readers in Manchester and Mumbai and Mafikeng will hear about Nontsizi Mgqwetho and Eugène Marais — contemporaries who probably never met, but arguably this is better than their not knowing about them at all. In fact, it is gratifying to think that RL Peteni, Peter Blum and Alan Paton will live on in the minds of readers from Sao Paulo to St Paul.
The coverage the volume gives to the vast canvas of South Africa’s ­literatures is imperfect in some respects. As the editors, we are more than aware of this. It is inevitable, just as it is inevitable that some reviewers will enjoy writing about what the book excludes, rather than what it includes.

From our point of view, if there are areas where the coverage could be improved the problem indicates the state of research in those fields rather than deliberate oversight or neglect. We hope the volume will, in any event, serve as a platform for much future work. If that turns out to be its enduring contribution, it would be worth the six years that have gone into its making.

David Attwell is professor of English in the department of English and related literature at the University of York, England.

Naivity, novelty and the writer’s art

Giant in the making

A shared history of social equity

Looking for shapes in the clouds