How Medvedev’s mentor turned him into a lame duck 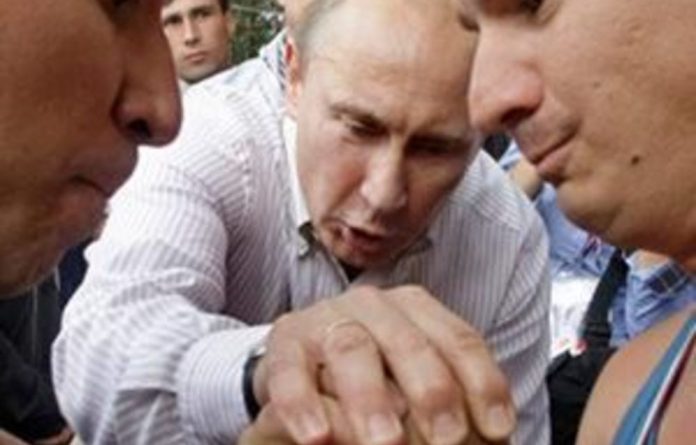 Gleb Pavlovsky, who was sacked as a Kremlin adviser on the personal orders of Putin after lobbying for Medvedev to stay as president, said that the two men ended up not speaking to each other on the central issue that divided them.

Pavlovsky said: “By the end of 2010 there was a great deal of tension. And it was exacerbated by the fact that they did not talk about it. They talked about everything but. And Putin thought: ‘Ah, he’s not talking to me because he’s got some kind of plan’ and Medvedev thought the same about Putin. And moreover, he is the president, why does he have to discuss such things with the prime minister?”

The more forceful Medvedev became in his pronouncements about his support for Western intervention in Libya, the less Putin trusted him. Pavlovsky said: “In the White House [the seat of the Russian government] there was a constant fear that Medvedev would sack the government, suddenly. And that would create a completely different situation. This fear reached its height in the spring of 2011.”

The problems started in 2010 when the ruling elite began to migrate towards Medvedev. “That was what really put Putin on guard,” the former adviser said.

Private polling for the Kremlin showed that the elite, as well as broader social groups such as pensioners, were starting to go over to Medvedev.

Rules of the ‘tandem’
“Putin had the feeling that Medvedev was eroding his popularity rating and that it was time for him to walk on to the stage. Sociologists were telling him that as soon as he even hinted that he would return, then his rating would rise to the heavens. But he could not say that because it would have broken the rules of the ‘tandem’,” Pavlovsky said.

Pavlovsky claimed that the Vladislav Surkov, dubbed Putin’s “grey cardinal”, agreed with him. He said: “Surkov saw Medvedev staying as the preferable option. I never had the impression that Surkov wanted Putin to experiment with his return. He felt the limits of the system. He was the last person in the Kremlin who understood what the Kremlin could withstand and what it couldn’t. And now there is no one left to feel that.”

Surkov was ousted from his role as key Kremlin strategist and reassigned to another role in government after the first major wave of protests in December.

Pavlovsky said Putin had lost so much support that he would literally have to pay his way out of trouble.

He said: “The vertical of power is a system of accreditation, that’s all. You literally have to pay to get things done. In 10 years the readiness of people to love Putin and agree with everything he does has changed fundamentally. It’s no longer there.”

“Before no one could risk going into confrontation — a governor, for example — because he would certainly lose. But now a space for dissent has opened up. Everybody has resources. And Putin can keep on giving money so that he is loved, but each separate love will need to be paid for. When I say payment, yes, I mean financial bonuses.”

‘Zhalky’
As for Medvedev, he has effectively been turned into a lame duck, even though he has been promised the job of prime minister. On the internet, he has picked up the moniker zhalky, or “pitiful”. Even his once greatest supporters, members of the liberal-leaning elite who hoped the president would prove himself to be more than a seat-warmer between Putin terms, have abandoned him, raising doubts that he will indeed take up the premiership.

“That he will become prime minister is something that is talked about less and less,” said Alexei Mukhin, head of the Political Information Centre, a Russian thinktank. “Even members of his circle have begun to express doubts.”

Last week, Igor Yurgens, an adviser to Medvedev, said he would not be very successful in the job. Putin’s allies in the Cabinet would “tear him apart”, he told Bloomberg.

Observers have long speculated that Alexei Kudrin, a former finance minister and close Putin ally whom Medvedev fired after he criticised the job swap, could become prime minister instead. “Kudrin would be an ideal prime minister for an interim period because he’s a highly regarded professional and obviously enjoys the trust of future President Putin,” Yurgens said.

“If he doesn’t become prime minister, then Dmitry Medvedev will become head of the ‘justice vertical'”, Mukhin said, referring to the corrupt legal system. Medvedev, a lawyer, made justice reform a key plank of his presidency, but his rhetoric was backed up by little action.

He himself once mused on a life outside politics, starting with teaching at his pet project, an international business school in Moscow called Skolkovo. “If everything there is working well, I would certainly like to teach there,” Medvedev said last April. “I would like to do that not only at Skolkovo, but in other places because it seems to me that any politician who has headed the state simply must speak about his experience, negative and positive.” – guardian.co.uk