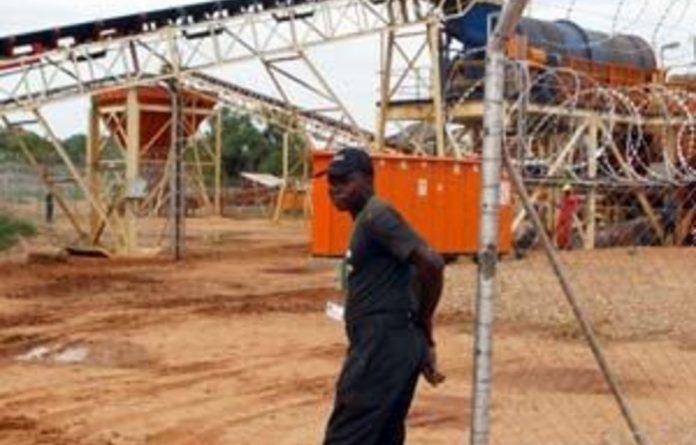 Just weeks before a global ban was lifted on Marange diamonds in Zimbabwe, an outpouring of mourners clogged the usually sleepy streets of Mutare in the eastern mining region.

The traffic-stopping occasion was the burial of the area’s apex gem dealer, Bothwell Hlahla, an ally of President Robert Mugabe’s Zanu-PF party, who made his fortune in the rough stones at the centre of a human rights storm.

“His funeral helped to reveal that the illicit trade in diamonds had simply gone underground but it was alive and well,” a source close to the diamond fields told Agence France-Presse.

Diamonds are seen as key to turning around Zimbabwe’s spectacular economic collapse with five companies licenced to mine what is touted as the biggest find of the last decade.

But the black market endures.

Billions skimmed
While Zimbabwe’s cash-strapped budget expects an extra $600-million this year, a 17% boost, a mines source estimated that billions are being skimmed and fears the money is propping up Mugabe’s Zanu-PF cronies.

“What trickles into the treasury is a drop in the ocean,” said the source, who spoke on condition of anonymity for fear of his safety.

The state has stakes in all mines in Chiadzwa, part of the Marange district 60 kilometres southwest of Mutare, but secrecy clouds the gem chain from rough stone yields to their auctions.

“It is difficult to estimate because the whole handling of diamonds is very opaque,” said Melanie Chiponda of the Chiadzwa Community Development Trust (CCDT). “We suspect the amounts could run into billions per year.”

During the initial panners’ frenzy before an army crackdown, buying a Marange stone was as simple as stopping by a roadside seller waving a rough diamond, or crossing into Mozambique where an international dealers market had sprung up. The richest fields have since been secured, and villagers relocated, including Taurai Maswere who said he once sold a 12-carat rock for $18 000. That was in the days when gems were so easily available that a local chief gave children bicycles for good hauls.

“We cannot say they are scarce but it’s just less than before. Every day, diamonds, they come out,” said Maswere, who used a pseudonym for fear of reprisals.

One monitor saw an artisanal digger handing stones hidden in a shoe sole to plainclothes police, while foreign buyers live openly in Mutare.

The focus is now on transparency of revenues, but abuses have not stopped after 200 people were killed by soldiers in 2008, according to rights groups.

She cited beatings by guards at Chinese-joint venture Anjin Investment, which claims to be the world’s biggest producer, and a South African company contracted to Mbada Diamonds that “still uses dogs to chase away job-seekers”.

Last month, she said that “job-seekers were beaten five lashes each for not dispersing quickly when they were told that there are no jobs”.

A mines source, who declined to be named, said human rights violations continue because jobs require a Zanu-PF membership card, while private guards are recruited from security arms.

Kimberley has cleared sales from four of the five mines but Global Witness, which quit the watchdog in disgust after the first approvals in November, has again raised alarms over the security sector’s grip and secrecy over ownership.

The United States has also slapped sanctions on two firms, and the powerful US-based diamond trading group Rapaport has banned all Marange gems.

Deputy Mines Minister Gift Chimanikire told AFP that audits, revenue monitoring, and state evaluators at auctions are still needed — but that Marange was on track.

“In my view, most of the problems have been cleared up. I believe Marange and Chiadzwa are currently operating at full throttle and we expect production to go up,” he said.

With 88-year-old Mugabe seeking re-election, there are fears that the spoils will fund campaigns and even renewed violence.
Prime Minister Morgan Tsvangirai’s party has also been denounced for failing to highlight abuses.

Some local chiefs — who receive cash, homes, vehicles and fuel from the mines — have already pledged ballot box allegiance to Zanu-PF.

“The fears are legitimate, given that the diamond mining is controlled by ZMDC which is comprised of Zanu-PF members,” Chiponda told AFP.

“The lack of transparency in the area gives further suspicion.”

Maswere, who was beaten and witnessed the army onslaught four years ago, thinks the situation could turn worse.

“After the elections, maybe … they can start a war if they lose, using the proceeds from the diamonds.” — AFP