An uphill crawl to the finish line 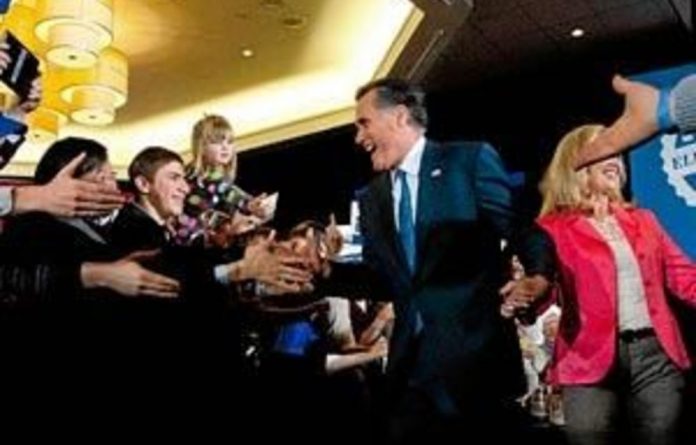 Mitt Romney isn’t a natural campaigner. On the stump he delivers wooden speeches that rarely last more than 15 minutes, then does a quick blast of glad-handing before promptly disappearing, leaving the core volunteers upon whom his campaign depends blinking into thin air.

And the longer the battle for the Republican nomination drags on, the more Romney’s lack of engagement with rank-and-file Republicans becomes exposed. As the conservative commentator Charles Krauthammer put it on Fox News: “He gets weaker, not stronger, I think, with every week.”

The weariness of the candidate was evident when he took to the stage in a ballroom in the Westin Copley hotel in Boston’s historic downtown on Tuesday night. His message to his faithful supporters in the state he calls his home was not exactly exultant.

“There’ll be good days, there’ll be bad days. But on November 6 we’ll stand united having not only won an election, but having saved a future.” Tomorrow, he said, they would wake up and start all over again, as they battled day by day, step by step, to change America.

This is, indeed, turning into a step-by-step, day-by-day struggle towards the nomination, not so much a victory march as a painfully prolonged crawl.

Yes, Romney took six out of the 10 Super Tuesday states, most notably the bellwether Ohio. Now, more than ever, he owns the title of Republican frontrunner.

Bloody fight
But “frontrunner” is a world away from “nominee” and the process of converting one to the other is proving excruciating. The squeaky finish in Ohio, where Romney defeated his main rival, Rick Santorum, by just one point, keeps Santorum’s hopes alive and will see him carry on his bloody fight to Kansas and Illinois later this month.

Similarly, Newt Gingrich’s victory in his home state of Georgia may not impress many, but it’s enough within his own political bubble to drive him on to the other southern states, Alabama and Mississippi, next Tuesday.

And Ron Paul will go all the way to the Republican convention in Florida in August, because he’s Ron Paul.

Romney’s weary words are not just a reflection that he failed to stamp out his three rivals. It’s also a symptom of a primary season that has been singularly — perhaps historically — brutal.

Barbara Bush, wife of the first President George Bush and no stranger to campaign trails herself, has dubbed 2012 “the worst campaign I’ve ever seen in my life … It’s too ugly; I really don’t like it.”

Michael Wissot, senior strategist at Luntz Global, who advised John McCain in both his presidential runs in 2000 and 2008, agrees that this year has turned into a uniquely vitriolic affair.

‘Harsh language’
“The Republican party is redirecting its anger against Barack Obama against itself. Hostility has been taken to an extreme — I can’t recall such harsh language between candidates.”

Wissot puts that down to this year’s innovation — the injection of massive sums of private campaign money through so-called Super Pacs, which has, in turn, unleashed a tsunami of negative advertising. “That’s been deeply uncomfortable for Romney, because he’s not naturally a flame thrower,” he said.

Santorum, by contrast, speaks for an hour and shows a much more visceral connection with his crowd.

Romney aides are putting on a brave face. His senior aide, Eric Fehrnstrom, tweeted on Tuesday night: “Romney didn’t just win Super Tuesday — he crushed it. Six [out] of 10 states, amassing nearly 40% of the delegates for the nomination.”

Nice try. But look at it the other way. In only three of the 10 states — Idaho, Massachusetts and Virginia — did Romney command a majority. In the remaining seven, more conservatives voted against than for him.

That inability of the Republicans to settle on a candidate this year is ominous, not just for Romney but for the entire conservative movement. It points to a seething discontent within the ranks, a suspicion of the party’s leadership, and — most disturbingly for the future — a fundamental disagreement over what conservatism means.

“This is exposing an immense divide between the Christian conservative fundamentalist wing and the more internationalist and economic wing associated with Ronald Reagan, Bob Dole and the first president Bush,” said David King, a public policy expert at Harvard Kennedy School.

King sees the enduring threat of Santorum as an expression of distrust of Romney among evangelical conservatives, particularly in the southern states. They are suspicious of his stance on social issues and wary of him as a Mormon, a faith they dismiss as a cult.

In King’s view the campaign that is the worst that Barbara Bush has ever seen is poised to get far worse. “If the US economy continues to improve — as it looks like it will — then this fundamental divide between social and economic conservatives will grow and the Republican infighting will intensify,” he said.

All of this is music to Obama’s ears. While the Republicans slug it out, he is quietly, but steadily, amassing the largest political war chest the world has ever seen and is preparing to wage the first billion-dollar campaign in history. —