European Union cracks down on rebellion 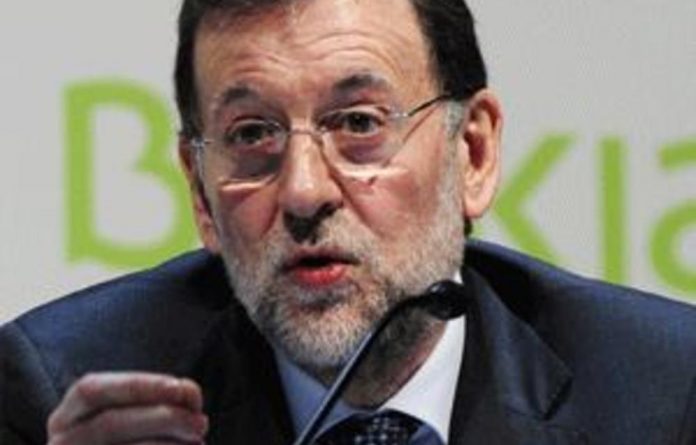 Spain is on a collision course with the European Commission after Brussels fired a warning shot at the austerity-racked country for ­planning to overshoot its budget deficit targets.

In an early test for the European Union’s new fiscal regime, the commission said Madrid was engaged “in a serious deviation” from previous pledges after Mariano Rajoy, Spain’s new conservative prime minister, said the government would not meet a budget deficit target this year of 4.4% of gross domestic product agreed earlier with Brussels. Rajoy has set a new target of 5.8% for this year after revealing that last year’s deficit was 8.5%.

The standoff between the European authorities and Spain, a vulnerable party in the eurozone’s debt crisis, came as Greece raced against the clock to sign up creditors willing to write down half of its debt to private lenders. Athens had until Thursday night to seal a debt swap with private creditors, reducing its obligations by €100-billion as a central facet of its new €130-billion bailout accord.

But it was not clear whether 90% of Greece’s private creditors would volunteer for the deal by the deadline, casting uncertainty over the prospects for the bailout, although the Institute of International Finance, representing about half the creditors, said its members would accept the terms.

Minister due to talk
Eurozone finance ministers will hold talks on Friday, by which time they will know the number of Greece’s private creditors prepared to take “haircuts”.

Other challenges to the EU’s fiscal dilemmas are bubbling away, ready to erupt. Spain — in recession, wrestling with runaway unemployment (the highest in Europe) and already embarked on huge spending cuts — appears to be up against a commission keen to make full use of its new powers.

It has already ordered Belgium to slash spending and threatened to withhold hundreds of millions of euros in funds to Hungary unless Budapest sticks to its budgetary pledges, which would make it difficult to be lenient with Madrid.

The Netherlands is also heading for a confrontation after its finance ministry warned that deficit reduction targets had gone awry. A report this week by the Lombard Street Research consultancy said the Dutch would be better off outside the euro after a decade of low growth. The report said the rising cost of supporting bankrupt European countries, which it put at €1.3-trillion to €2.4-trillion by 2015, would force the Dutch to accept lower living standards.

Members must abide the rules and meet targets
Amadeu Altafaj, a spokesperson for Ollie Rehn, the monetary affairs commissioner who under the new rules has the right to police national budgets, said: “All member states should respect their commitments according to the rules — they should meet agreed budgetary targets and stand ready to pursue further consolidation measures if needed.”

But Rajoy is asserting national sovereignty over the new EU rules. At an EU summit on Friday last week, when he signed up for the eurozone’s binding new fiscal pact, Rajoy did not let other EU leaders know of his budget revision. He bragged that it was none of their business.

“I’m not going to tell the other presidents or heads of state about the deficit figure that will be included in our budget,” he said. “I don’t have to. It’s a sovereign decision. I’ll tell the commission in April.”

The fiscal pact and new laws on “economic governance” enacted last year have been criticised as representing an assault on democratic choice in EU countries and as a restriction on sovereignty. The rules have largely been written in Berlin but even Germany’s allies in the euro crisis are bristling at the constraints on their freedom of manoeuvre.

The Dutch, fiscal hawks aligned with Germany through the crisis, also risk breaking the rules. Faced with a deterioration in the public finances that could see the Netherlands penalised for excessive deficits, the minority coalition government of Mark Rutte launched weeks of negotiations on spending cuts yesterday.

The populist eurosceptic Geert Wilders, who props up the government in Parliament in return for policy concessions, called for a referendum on staying within the eurozone. —