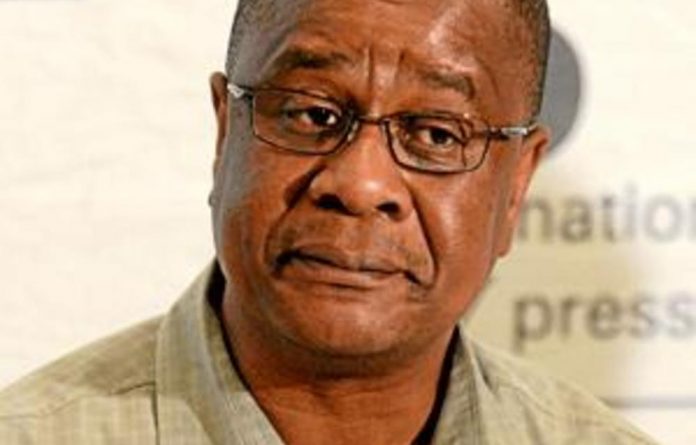 Mabunda visited the offices of the Mail & Guardian to deliver documents stating that he was not personally involved in contracts awarded to Renaissance Cleaning & Security Services.

His visit followed an M&G report last month on investigations into claims by a whistle-blower that Renaissance was given unwarranted preferential treatment because its owner, Popo Mokotla, had a close association with Mabunda.

The investigations, by the public protector and the auditor general’s office, probed accusations that officials in strategic positions at Kruger manipulated tender procedures to benefit friends and family, circumvented supply-chain processes and prevented auditors from detecting malpractices.

AG’s report reveals irregular bidding processes
After national auditor general Terence Nombembe’s audit report for 2010-2011 found that tenders worth R3.585-million had been awarded to SANParks employees with an interest in service providers and that goods and services with a transaction value of R5.3-million were not procured by means of a competitive bidding process, the SANParks board decided to have the matter investigated by forensic auditors.

The accounting firm SizweNtsalubaGobodo was contracted to do this. According to SANParks communications director Wanda Mkutshulwa, its report came out in December 2011 and “cleared the organisation and the individuals of any wrongdoing”.

Mabunda said this week SizweNtsalubaGobodo’s report would be released later this month.

One of the documents Mabunda supplied to the M&G reflected, a SizweNtsalubaGobodo forensic investigator’s interview with Renaissance’s Mokotla in November last year. Mokotla denied that he was a close associate of Mabunda’s or that he knew him personally.

Mokotla told the M&G this week the statement was correct. He did not want to comment further because it was “too late” and would be like taking action “after the horse has bolted”.

Mabunda also delivered two affidavits signed this week by Bandile Mkhize, a former managing executive of the Kruger Park, and Karunagasen Reddy, who was head of protection services and traffic at Kruger from 2001 to 2006.

Both affidavits said Mabunda had not influenced or been involved in the tenders awarded to Renaissance.

Renaissance’s first contract, from April 2005 to April 2008, was worth about R15-million. After it expired, Mkhize extended it for six months “to enable the completion of the tender process that began prior to the expiry of the said contract”, he said in his affidavit.

Mkhize left the Kruger at the end of November 2008 to become chief executive of Ezemvelo KZN Wildlife in KwaZulu-Natal. Renaissance continued to provide security services in the Kruger until October 2010, earning more than R9-million.

Mkhize told the M&G he was not aware of any involvement between Mabunda and Mokotla until he left the Kruger in 2008. The whistle-blower had been fired after he (Mkhize) had left the Kruger, though he did not know why.

The whistle-blower, a former Kruger employee involved in procuring security services who asked not to be named, said in a document leaked to the M&G in February by unrelated sources that Mokotla had interfered in tender processes to replace Renaissance during the two-and-a-half years it operated without a formal contract with the Kruger.

Mokotla had openly boasted to SANParks officials about “his close association with Mabunda”, the whistle-blower said.

After the M&G article appeared on February 17, SANParks’s board released a statement refuting “corruption allegations made in the media against senior members of
the organisation”.

“The board notes with concern the allegations made in the M&G, purportedly from a disgruntled former employee who had turned into a ‘self-styled’ whistle-blower, as these allegations were appropriately dealt with by the board — The board cleared the names of those who were accused of inappropriate conduct,” said its chairperson, Kuseni Dlamini.

The auditor general’s report indicated some areas in which controls needed to be tightened, but “the audit and risk committee of the board and I are confident that there has been no manipulation of tenders in the Kruger”, he said.

A vacancy for a contract-management officer in the supply-chain division at SANParks headquarters in Pretoria has been advertised on the organisation’s website in recent weeks. Applications for the post closed on Wednesday.