Japan, one year after the tsunami: ‘We can’t just stay sad’ 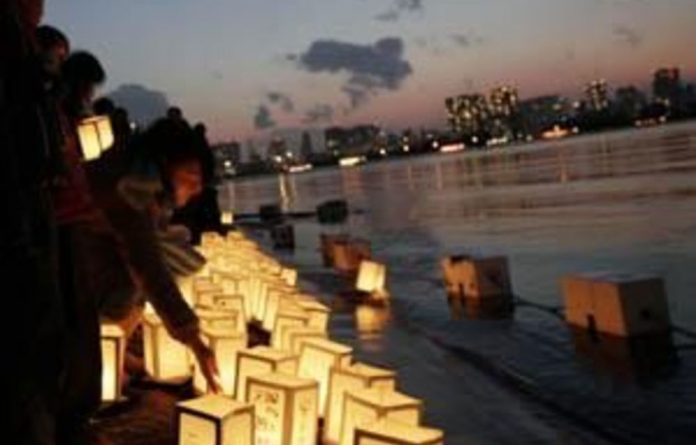 With a moment of silence, prayers and anti-nuclear rallies, Japan marked on Sunday one year since an earthquake and tsunami killed thousands and set off a radiation crisis that shattered public trust in atomic power and the nation’s leaders.

The magnitude 9.0 earthquake unleashed a wall of water that hit Japan’s northeast coast, killing nearly 16 000 and leaving nearly 3 300 unaccounted for. The country is still grappling with the human, economic and political costs.

In the port town of Ofunato, hundreds of black-clad residents gathered to lay white chrysanthemums in memory of the town’s 420 dead and missing.

“We can’t just stay sad. Our mission is to face reality and move forward step by step,” said Kosei Chiba (46) who lost his mother and wife in the disaster.

“But the damage the town suffered was too big and our psychological scars are too deep. We need a long time to rebuild.”

Nuclear crisis
The country observed a minute of silence at 2.46pm (5.46am GMT), the time the quake struck.

Residents of Ofunato gathered before a makeshift altar with a calm, sun-flecked sea behind them. Ofunato paused again 33 minutes later — the time when a year ago a 23m tsunami engulfed the town of 41 000.

Just a kilometre from Tokyo Electric Power Company’s (Tepco) wrecked Fukushima plant, where reactor meltdowns triggered the world’s worst nuclear crisis since Chernobyl, residents of the abandoned town of Okuma were allowed back for just a few hours to honour the dead.

“It was a wonderful place. If it wasn’t for all that has happened, I’d be able to come back. But thanks to Tepco, I wasn’t even able to search for the bodies of my relatives,” said Tomoe Kimura (93) who lost four members of her family in the tsunami, two of whom were never found.

Authorities have imposed a 20km no-go zone around the plant and residents may never be allowed back.

Man-made disaster
Along the northeast coast, police and coastguard officers, urged on by families of the missing, continue their dogged search for remains despite diminishing chances of finding any.

The prevailing mood in tsunami-hit communities was one of solemn reflection and resolve to move on despite frustration with the government’s confused response and the slow pace of rebuilding.

In contrast, those who felt betrayed by Japan’s “nuclear village” — the powerful nexus of utilities, politicians and bureaucrats that promoted nuclear power as clean and safe — were less forgiving.

“We are angry at Tepco and came here to show our anger,” said Tomoe Suzuki (65) a restaurant owner and chef.

“The earthquake was something that was unavoidable because it was a natural disaster, but you can’t stay quiet about Fukushima because it’s a man-made disaster,” she said, marching with about 12 000 other protesters to form a “human chain” around the parliament building in the capital of Tokyo.

Rebuilding
The Japanese people earned the world’s admiration for their composure, discipline and resilience in the face of the disaster while its companies impressed with the speed with which they bounced back.

As a result, the $5-trillion economy looks set to return to pre-disaster levels in coming months with the help of about $230-billion earmarked for a decade-long rebuilding effort agreed in rare cooperation between the ruling and opposition parties.

“I hope all the people will keep the victims in their hearts and work so that the situation in the disaster-hit areas improves,” the 78-year-old monarch said.

No leadership
Prime Minister Yoshihiko Noda, who took over in September from Naoto Kan — who was premier at the time the disasters struck — pledged to work for recovery: “Our forebears who built this country’s prosperity have emerged from each crisis even stronger. We will fulfil our historic mission of realising the rebirth of this nation.”

Yet many people are increasingly disillusioned about the political establishment’s ability to tell the truth and rise to the occasion, a deep lack of trust that one commentator called “the fourth disaster of March 11”.

Politicians and bureaucrats drew fire for the chaotic response to the Fukushima disaster and disappointed many with their failure to seize the moment to tackle the ills which have plagued Japan for over two decades.

After a brief truce, parliamentary squabbles resumed, giving Japan its sixth leader in five years and now threatening to block an important tax reform and stall other business, including the launch of a more independent nuclear watchdog.

Tepco, criticised by many for its failure to prepare for the disaster, issued a fresh apology.

Anxiety
“Each and every member of our company and its group remembers March 11 and will work with our all hearts to solve challenges with safety as our first priority,” Tepco president Toshio Nishizawa, who marked the anniversary at the plant, said in a statement.

Slow progress in drawing up plans for the tsunami-damaged and radiation-contaminated region is deepening the misery of survivors, about 326 000 of whom are still homeless, including 80 000 evacuated from the vicinity of the Fukushima plant.

While the government declared it had reached “cold shutdown” in December, the nation lives under a cloud of anxiety over the long-term health effects of radiation. It also faces the huge financial burden of dismantling the plant and cleaning up an area the size of Luxembourg — a task that will take decades and technologies yet to be developed.