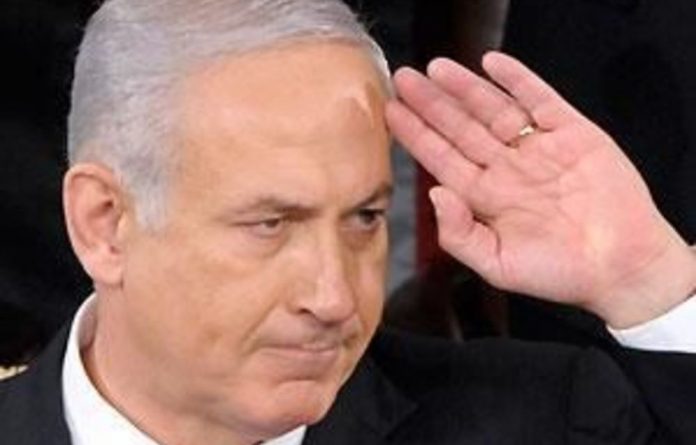 A 12-year-old boy was killed in Gaza on Sunday amid a spiralling round of militant rocket attacks and Israeli air strikes over the weekend that left at least 18 Palestinians dead and four people in Israel injured.

A further 26 Palestinians were injured, five seriously, according to medical services in Gaza. The dead child was named as Ayoub Useila, who was killed in Jabalia refugee camp in an air strike that also injured his seven-year-old cousin.

The weekend toll was the highest since Operation Cast Lead, Israel’s three-week military assault on Gaza just over three years ago. Egyptian officials were reported to be trying to broker a ceasefire.

As the attacks and counterattacks continued, the Israeli authorities ordered schools in some towns in southern Israel to close. One Katyusha rocket landed in the grounds of a school in Be’er Sheva on Sunday, and a second damaged 15 houses nearby. The Israeli Defence Forces (IDF) said more than 130 rockets had been fired from Gaza since Friday. Thousands of Israelis in cities such as Be’er Sheva, Ashdod and Ashkelon spent part of the weekend in bomb shelters.

The cycle began with the targeted assassination by Israel of a Palestinian militant who it says was planning an attack. Zuhair al-Qaissi (49) the secretary general of the Popular Resistance Committees (PRC), was killed along with his son-in-law Mahmoud Hanini (44) when their car was hit by a missile. A civilian bystander was seriously injured.

The IDF said Qaissi had “led and directed plans to carry out a terror attack within Israel, which was in its final stages of preparation”. The IDF also said Qaissi was behind an attack last August in which militants crossed the border from the Sinai to kill eight Israelis.

Militants in Gaza responded by firing Qassam and Grad-type Katyusha rockets. Israel deployed its Iron Dome missile defence system to intercept at least 28 rockets — 90% of those targeted — since Friday. According to the IDF, 24 air strikes had been carried out by Sunday afternoon. Apart from the 12-year-old, all those killed were militants.

The Israeli prime minister, Binyamin Netanyahu, told his weekly cabinet meeting that “we are still in the midst of this round”. The IDF, he added, had “extracted from [militant groups] a very high price”.

Ehud Barak, Israel’s defence minister, said the hostilities were expected to continue. “This current round — is far from over,” he said, while visiting an Iron Dome battery near Ashdod on Saturday. “We will act against anyone who attempts to send rockets or perpetrate terror attacks. Anyone attempting such an attack will pay the full price. Immunity will be granted to nobody.”

The Palestinian president, Mahmoud Abbas, held emergency consultations with the Egyptian leadership, the European Union and the Middle East Quartet, according to his office. Abbas also called on Israel to “stop its aggressive acts, which include assassinations, invasions and destruction of infrastructure”.

Militants from Islamic Jihad and the PRC are believed to have launched the rockets. However, Israel maintains that Hamas, which controls Gaza, is responsible for all rocket fire and, according to the IDF, “will bear the consequences of these actions in any future operation embarked upon by the IDF in order to eliminate the terror threat and restore the relative calm to the area”.

Both Hamas and Israel are thought to be anxious to avoid a major confrontation. Hamas fears that in the event of a sustained military operation, Israel would seek to destroy its infrastructure and arsenal and wipe out its leadership. Israel fears inflaming hostile sentiment in the region, particularly in Egypt, where the politically ascendant Muslim Brotherhood is close to Hamas.

Egypt has mediated between Israel and Hamas in previous confrontations, most notably in the aftermath of last August’s cross-border attack which sparked a similar round of violence.

On Friday, Israel closed Route 12, the scene of last August’s incident, which runs along the Israel-Egypt border, to civilian traffic amid warnings of a possible attack. It had reopened only two weeks ago.

US officials condemned the latest round of rocket fire from Gaza. The secretary of state, Hillary Clinton, said Israel had the right to defend itself, and a state department statement called on both sides to restore calm.

“We condemn in the strongest terms the rocket fire from Gaza by terrorists into southern Israel in recent days, which has dramatically and dangerously escalated in the past day,” the statement said. “We call on those responsible to take immediate action to stop these cowardly acts. We regret the loss of life and injuries, and we call on both sides to make every effort to restore calm.”

The EU foreign policy chief, Catherine Ashton, voiced concern about “the recent escalation of violence in Gaza and in the south of Israel”, adding it was “essential to avoid further escalation”.

In Gaza City, souvenir shop owner Mohammad Abu Watfa said Israel was trying to test the strength of resistance movements and the reaction of countries such as Egypt. “I’m against what’s going on, from A to Z,” he said. “We have to find an end to it. I support a long-term ceasefire to enable both sides to live in peace.”

But Ibrahim Abu Said, a student, said he supported a “very hard response from the military wings. Israel does not understand any language but the language of power and action. The calls for ceasefires means we are cowards and not able to defend our people.”