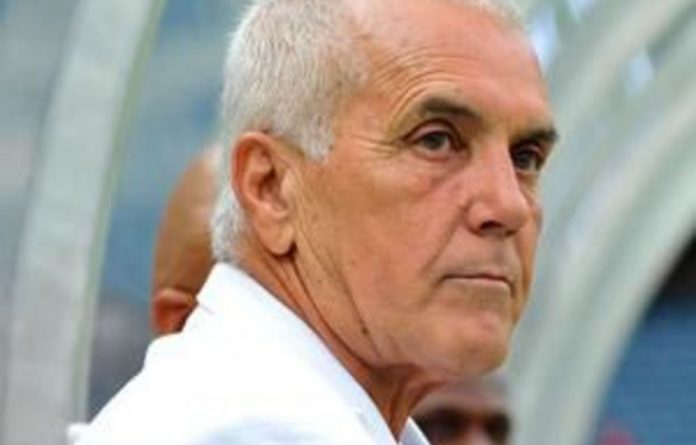 Orlando Pirates have refused to explain details on the immediate suspension of their coach, Julio Leal, on Monday.

“We are not going to comment further,” said the club’s spokesperson, Mickey Modisane.

“The coach has been suspended as per the statement we released.”

There had been reports of instability in the Pirates camp in the last month with Leal said to have lost control of the dressing room.

They were fuelled in the aftermath of their disappointing preliminary exit in the Caf Champions League two weeks ago.

While embarking on a fact-finding investigation into poor performances, the coach expressed that “he could not see his way forward” and offered the chairperson, Irvin Khoza, “to do what is right for the club”.

Unsuitable
Leal’s final contribution was an unimpressive 1-0 win for the defending champions in their last 32 Nedbank Cup tie against third-tier side Ethekwini Coastal in Durban on Saturday.

The club said head of development and former coach Augusto Palacios had taken over on an interim basis.

Since taking over at the start of the season, Leal helped the club win the MTN8 and the Telkom Knockout trophies.

He took over from Dutch disciplinarian Ruud Krol, who won a treble last season.

Some sectors felt Leal’s easy going attitude was not suitable to the star-studded outfit that had been inconsistent in the league this season.

Leal last week defended himself, insisting he would not change his preferred philosophy.

“I treat players like they are my sons and won’t be ‘commando’ over the players,” Leal said.

Professional
The club investigations on Leal come days before they play the Soweto Derby with Kaizer Chiefs — the country’s biggest match — in a Premiership game at FNB Stadium on Saturday.

Leal has kept a good record in his meetings against Chiefs in his eight-month stint at the club, beating the arch-rivals in two pre-season tournaments.

Chiefs, though, defeated Pirates 2-1 earlier in the campaign.

Modisane did not believe the change in management would affect the Pirates players heading to the weekend.

“The club will be playing Chiefs this weekend, regardless,” he said.

“The players will not be affected, they are professionals.”

Pirates winger Dikgang Mabalane also refused to be drawn on the matter.

“I can’t comment about anything regarding the coach, I was not at training this morning so I don’t know what happened,” Mabalane said. — Sapa