Rogue US soldier ‘must face public trial’ after murders 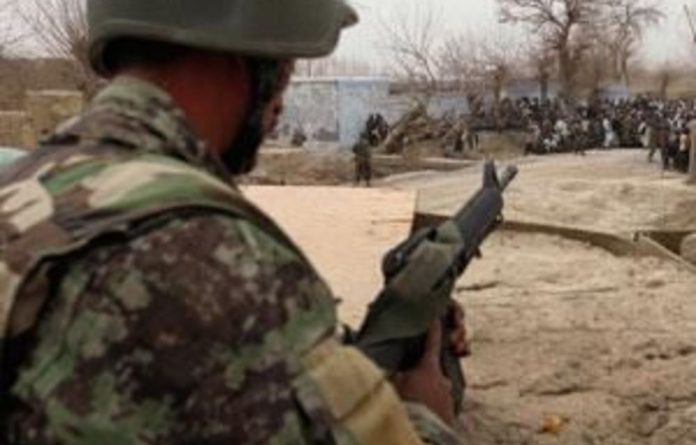 The Afghan Parliament demanded on Monday that a US soldier who went on a shooting spree and killed 16 villagers in their homes should be put on public trial in Afghanistan.

“We seriously demand and expect that the government of the United States punish the culprits and try them in a public trial before the people of Afghanistan,” the lower house of Parliament said in statement.

The US soldier walked off his base, heavily armed and with night vision equipment, and broke into three village homes before dawn on Sunday, killing 16 people, including women and children, according to Western and Afghan sources.

There were conflicting accounts of how many US soldiers were involved, however, with some witness accounts saying there were several. But officials from the US embassy, the UN-mandated International Security Assistance Force (ISAF) and from Washington said it appeared there was only one. An ISAF spokesman said the lone US soldier “walked back to the base and turned himself in to US forces this morning”.

The detained soldier was described by US officials as a staff sergeant who was married with three children. He had served in three tours of Iraq but was on his first Afghan deployment.

President Barack Obama telephoned Afghan President Hamid Karzai to promise a speedy investigation into the killings, which fanned already smouldering anger among Afghans over the burning of Korans at a US military base last month.

Sunday’s massacre poses an acute test of the US-Afghan alliance, as the two countries pursue difficult talks on securing a strategic pact to govern their partnership once foreign combat troops leave Afghanistan in 2014.

“When Afghan people are killed deliberately by US forces, this action is murder and terror and an unforgivable action,” Karzai said.

Just days before Sunday’s attack, Kabul and Washington had made significant progress in negotiations on a strategic partnership agreement that would allow American advisers and special forces to stay in Afghanistan after foreign combat troops leave at the end of 2014.

Delay expected
But securing a full deal may be far more difficult now after the shooting spree.

“This could delay the signing of the strategic partnership agreement,” an Afghan government official told Reuters.

The attack, the latest American public relations disaster in Afghanistan, may be a turning point for the United States in a costly and unpopular war now in its eleventh year.

Fury over the killing spree, which brought demands that the United States withdraw earlier than scheduled, could be exploited by the Taliban to gain new recruits.

“We have benefited little from the foreign troops here but lost everything – our lives, dignity and our country to them,” said Haji Najiq,” a Kandahar shop owner.

Anti-Americanism, which boiled over after copies of the Muslim holy book, the Koran, were inadvertently burned at a Nato base last month, is likely to deepen after the Kandahar carnage.

“The Americans said they will leave in 2014. They should leave now so we can live in peace,” said Mohammad Fahim (19), a university student. “Even if the Taliban return to power our elders can work things out with them. The Americans are disrespectful.” — Reuters, AFP